I am in Pennsylvania, where I have spent a lovely day with my in-laws. After a big lunch we went to Hanover Shoe Farms, which breeds horses for harness racing and has a stable full of famous stallions ($20,000 fee for their top stud, though he's booked for the season) and two barns full of mares who are either expecting momentarily or who have given birth within the past week, so there are many adorable colts around. I have issues with racing both in terms of the animals and in terms of local politics (as in Maryland there's a big push to fund schools up here with gambling revenues, which is a terrible idea on a whole host of levels), but the animals on this farm are extremely well cared for and their stalls are clean and bright, so it's a pleasure to go see them...more than some local stables near home where the horses are penned in very small space between riding lessons.

In the afternoon we stopped at a hobby store - my father in law is a big model train enthusiast, and he needed some switches for his tracks, while I am always happy to go look at the model ships, as are my children - then came back to barbecue. Maximus the groundhog apparently has at least two wives and four babies, and they were all out running around behind the houses, as were two rabbits, numerous little birds and several ducks, so we spent a fun evening watching all the animals and one of the spectacular sunsets that the flat farmland around Hanover affords. Considering that we drove up in pouring rain, the weather turned gorgeous. By chance we found Galaxy Quest on TNT at 8 and watched it while I wrote up a George Takei interview that I couldn't post because I forgot the database passwords -- Christian, if you are reading this, I e-mailed it to you so please let me know if for some reason the attachment didn't stay attached! My mother in law is knitting Marvins from The Hitchhiker's Guide to the Galaxy for me and the kids, and worked on these while we watched, so I had a very Alan Rickman squee-filled evening. 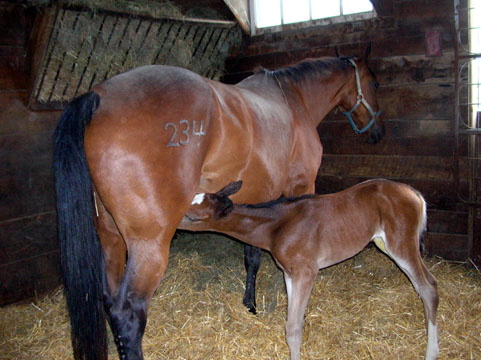 Two days old and already standing this tall -- looking at the pregnant mares, I don't understand how these legs fit inside them! 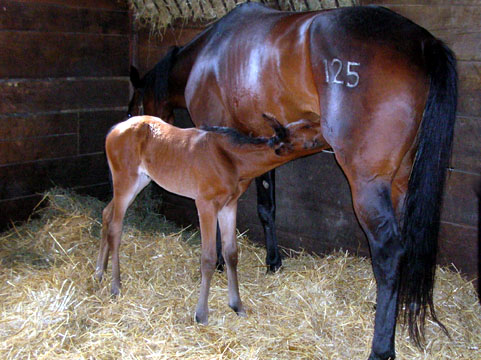 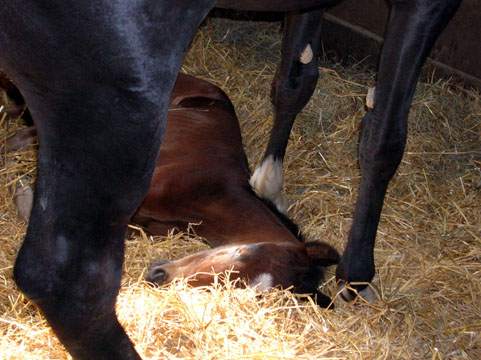 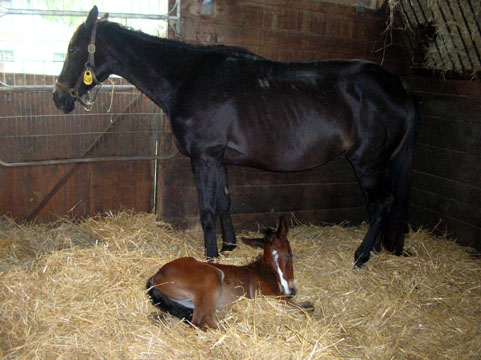 This horse lost her foal and is nursing this colt whose mother was unable to nurse him. 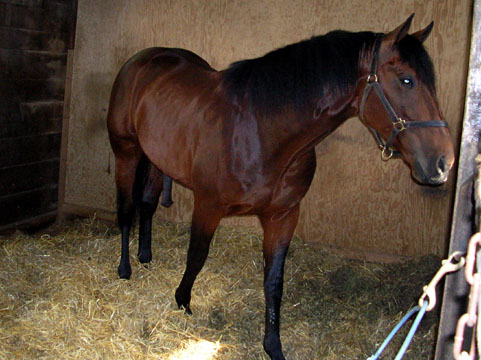 Allamerican Native, a divisional champion stallion, more than a million dollars in prizes as a two-year-old, set a record in the Woodrow Wilson stakes in a win by eight lengths, but that wasn't the length that impressed my children. *g* 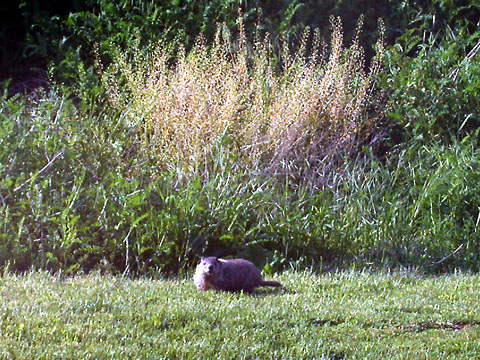 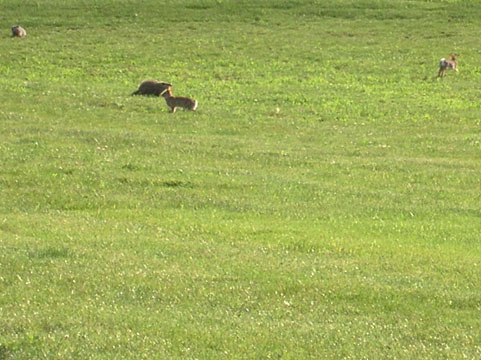 Two members of Maximus' family and two bunnies on the hill near the house. 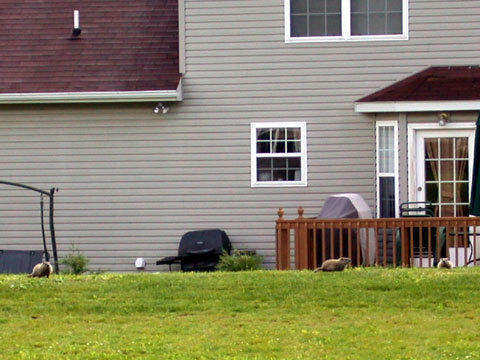 As you can see, fear of humans and their habitations is not a problem for the groundhogs. They don't even worry about Ginger, my in-laws' aging beagle.

Sunday we are planning a long day -- I want to go to church with my in-laws to hear the organ, which is the fourth largest in North America and has a very famous organist playing, then we are driving to Harrisburg for a variety of activities. Hope everyone is having a good weekend!
Posted by littlereview at 12:05 AM