Poem for Sunday and Digger's Dungeon

I believe at the root
in breath as a first
principle. Breath --

the intake, the giving
out -- is our signature
onto the air.

Next I believe
in the business
of seeing and hearing,

the processes of light
and sound whereby
we inhabit the cracks

and corners of the earth --
the guarded scrutiny
of strangers, the ear

As for mortality,
the cricket ticking
in the long grass

is timepiece enough
for me. Wound up
by the sun,

his spring uncoils
at night and
he dreams in black.

But, as a final article
of faith, I believe in
the heartbeat certainty

of two adjacent hands
on the parapet of
a bridge somewhere

touching, finger to finger,
and breath quickening
to mingle, and this

causing the sun to rise
and the moon to wax
and all the tides to run.

We had a pretty quiet Saturday since we are still catching up from our beach trip. Younger son had his first official cross country practice of the season in the morning, the rest of us watched lots of Olympics (rhythmic gymnastics, track and field, men's platform diving, women's basketball) and were walked over by cats. After lunch we went out to various stores in Washingtonian Center -- Bath & Body Works was giving away Cinnamon Pumpkin lotion and candles, I couldn't resist -- and took a walk around the lake, where we saw one late season duckling along with several ducks and many geese.

Around dinner we watched more Olympics and the terrific hour-long NBC special on England during World War II, Their Finest Hour. Plus we watched BBC America's specials on the women and science of Doctor Who. It was loads more pleasant than the news about Paul Ryan -- at least now the election will have to be about policy instead of personality, since Romney didn't pick someone with foreign policy experience, military experience, appeal to the middle class, or anything that might attract voters outside his base. Here are some photos of Digger's Dungeon, home of the monster truck Grave Digger: 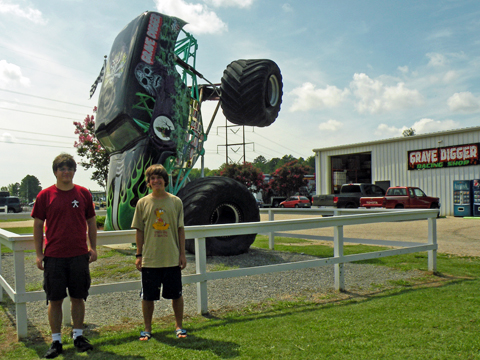 My kids in front of Grave Digger, who was Daniel's favorite in the Monster Truck Madness video game, on display at Digger's Dungeon... 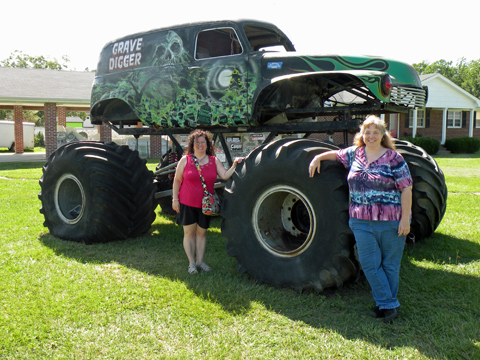 ...and myself and Delta posing beside an older version of Grave Digger, which is regularly rebuilt for competitions at its home base in Poplar Branch, NC. 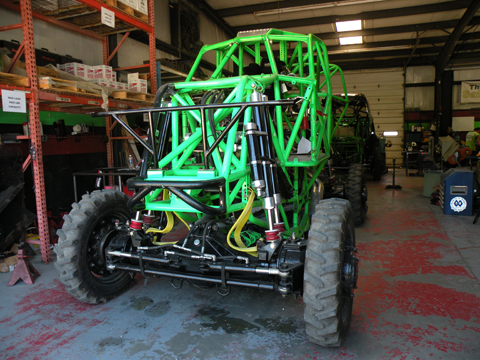 Visitors can see the latest incarnation of Grave Digger being worked on in the garage... 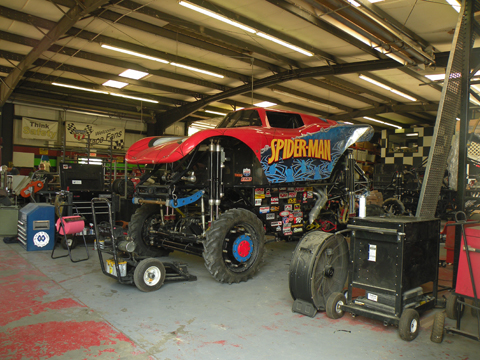 ...as well as this visiting Spider Man monster truck. 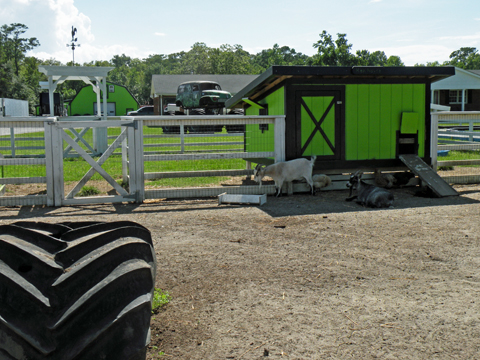 Digger has a farmyard with goats and chickens... 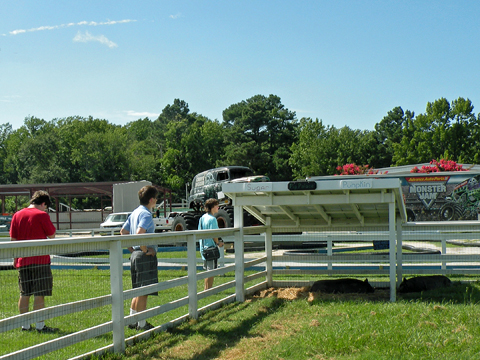 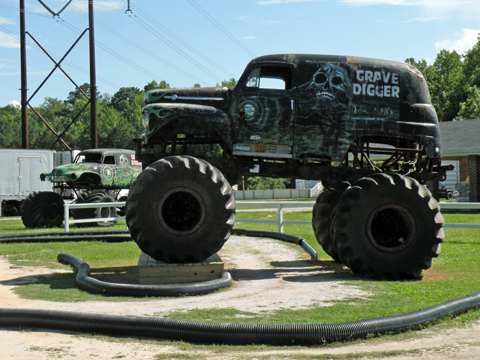 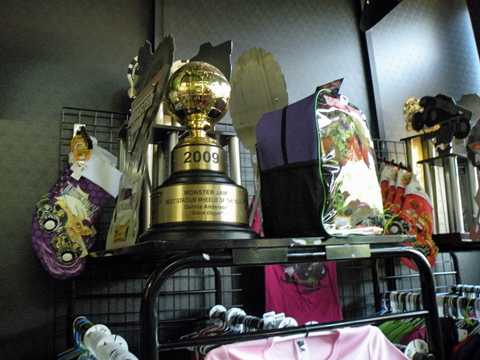 And guests can see Grave Digger's trophies and parts from older trucks in the souvenir shop.
Posted by littlereview at 12:04 AM