Everything obeyed our laws and
we just went on self-improving
till a window gave us pause and
there the outside world was, moving.

Five apartment blocks swept by,
the trees and ironwork and headstones
of the next town's cemetery.
Auto lots. Golf courses. Rest homes.
Blue-green fields and perishable vistas
wars had underscored in red
were sweeping past,
with cloudscapes, just

as if the living room were dead.
Which way to look? Nonnegative?
Nonplussed? (Unkilled? Unkissed?)
Look out, you said; the sight's on us:

If we don't move, we can't be missed.

Paul worked from home this morning so that after lunch we could go to the county fair. We picked up Adam's girlfriend en route and dropped them off at the midway, since their plans primarily included going on things that flip, toss, whirl, twirl, and otherwise hurl people around, while ours included more sedate activities like pig racing and Andean music. The animals are my favorite aspect of the county fair -- in addition to the goats, sheep, cows, horses, rabbits, chickens, alpacas and other animals on display for judging, there are chicks hatching and calves being born in barns -- but we also went to the craft display, old time store, and decorated toilets. 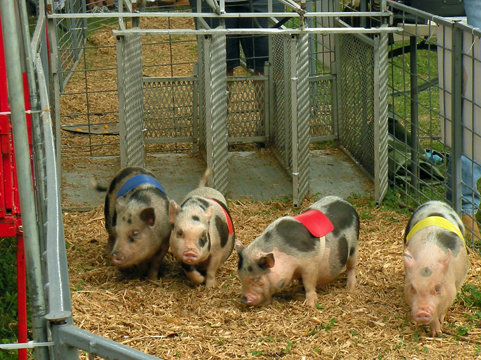 Pig races (as well as duck and goat races, not to mention hermit crab races) are a highlight of the county fair. 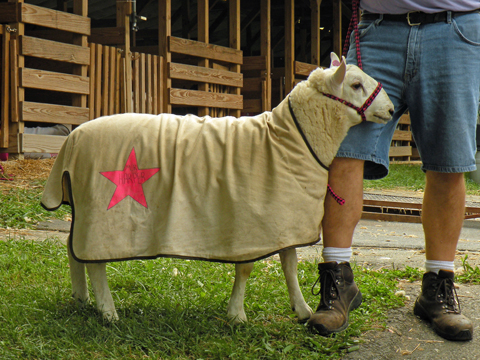 Most of the sheep wear coats to keep their wool clean before they're put on display. 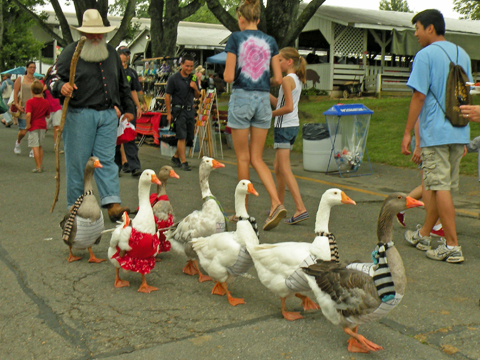 I am not sure why these geese were dressed up and herded between the barns. 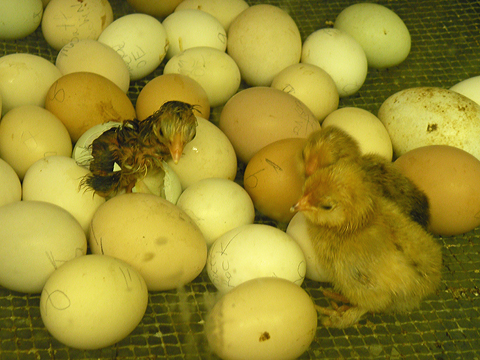 Chicks were hatching in an incubator in the poultry barn... 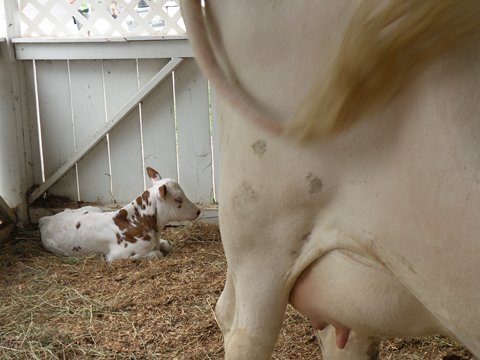 ...and calves were being born and nursed in the birthing barn. 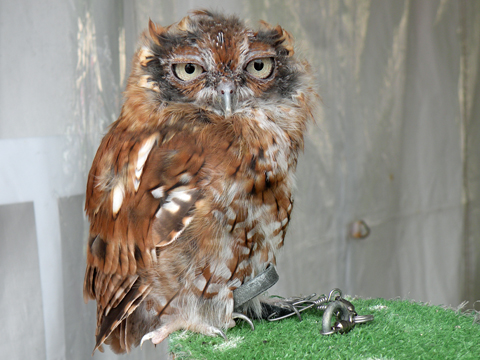 A raptor rescue and education organization brought owls and hawks. 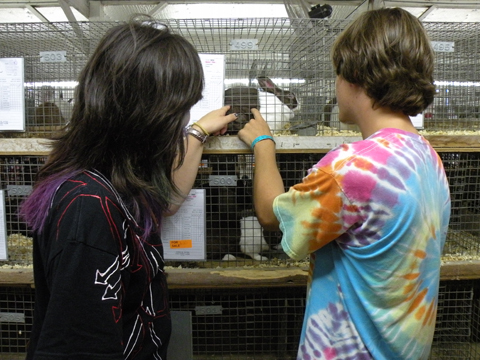 Younger son and his girlfriend admired the bunnies in the rabbit barn. 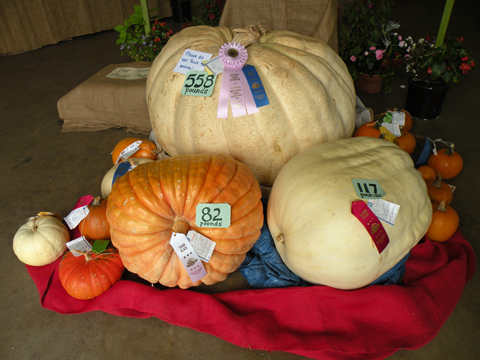 And from the food competition in the General Store, the big pumpkins and squash.

We dropped Adam off at driver's ed on the way home, took his girlfriend home, and had dinner. I have been trying to decide which cloud service I want to use for my photos, which I have saved on DVDs and an external hard drive but I'd really like stored outside the house, so I fiddled for a while with Google Drive, Skydrive, and Dropbox (anyone have strong opinions on any of them? Amazon doesn't create sync folders and I want a service I am positive will be around in 10 years). We watched this week's Futurama, then a South Park rerun, then Comedy Central about which I will only say Brian Williams and Colbert gymnastics cheerleading FTW!
Posted by littlereview at 12:02 AM