Poem for Friday and Autumn Arboretum

In the small towns along the river
nothing happens day after long day.
Summer weeks stalled forever,
and long marriages always the same.
Lives with only emergencies, births,
and fishing for excitement. Then a ship
comes out of the mist. Or comes around
the bend carefully one morning
in the rain, past the pines and shrubs.
Arrives on a hot fragrant night,
grandly, all lit up. Gone two days
later, leaving fury in its wake.

I have been fighting with LiveJournal's scrapbook for the past half hour (for a change) so have run out of time to write anything, though look, I have successfully included photos below! Not much happened to me Thursday anyway: many hours on a holiday project that needs to be completed while I have a discount coupon to get it printed, many hours spent ordering cats off heating vents, not enough time outdoors but I did see nine deer and a bunny so at least what I did get was quality time. Facebook was still on the All-Politics Channel and I spent more time there than I should have.

I also made some jewelry out of $1 beads I bought at AC Moore yesterday and had a quality discussion with my son about the implication of Colorado legalizing pot (bottom line: he's still not going to college there). We watched this week's Beauty and the Beast, which I am still really loving even if it's a bit soapy -- I am not all that worried about Catherine's lack of girly time -- and Elementary, which had a great guest star nearly ruined for me because of how gratuitously they introduced him to us. Here at last some fall arboretum photos: 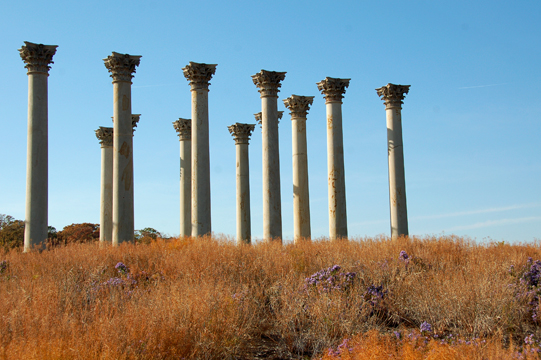 The National Capitol Columns, moved after these sandstone columns from the US Capitol were replaced by marble. 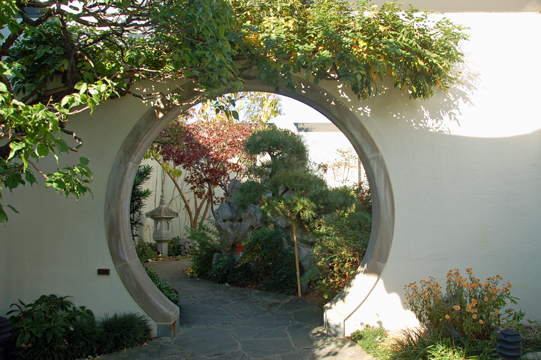 We went to visit the National Bonsai & Penjing Museum... 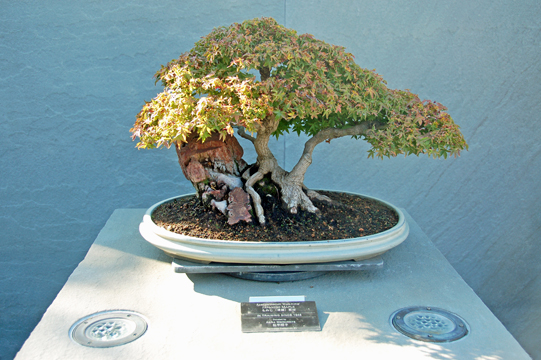 ...where several of the bonsai, like this Japanese maple, were in autumn glory. 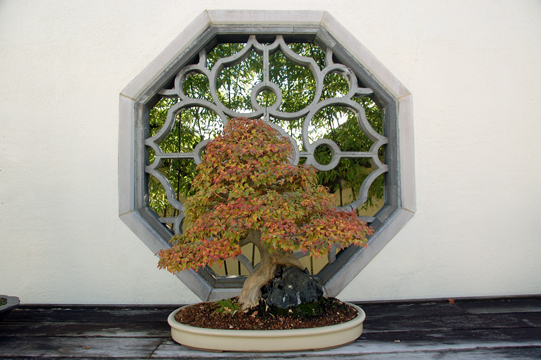 This trident maple, in training since 1916, had seasonal color... 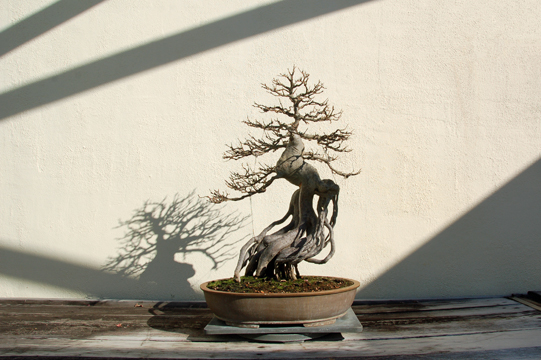 ...while this one, age unknown, had already lost all its leaves. 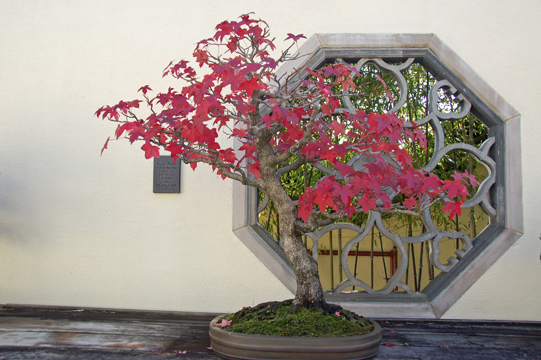 The sweet gum had the reddest leaves in the bonsai display. 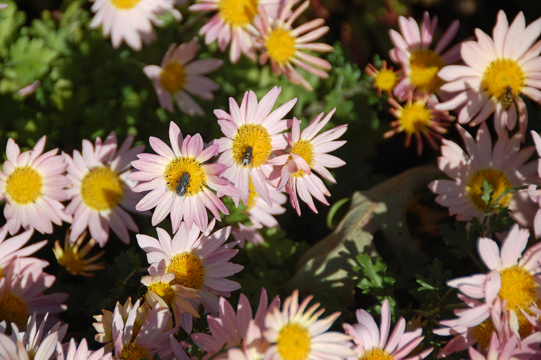 Though it was quite chilly, there were still a variety of bees and yellow jackets on what flowers remained. 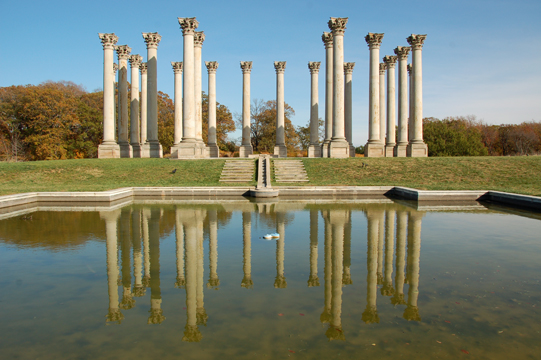 Here's another view of the National Capitol Columns, reflected in the fountain that hasn't been drained yet for the winter.