Altarwise by owl-light in the half-way house
The gentleman lay graveward with his furies;
Abaddon in the hangnail cracked from Adam,
And, from his fork, a dog among the fairies,
The atlas-eater with a jaw for news,
Bit out the mandrake with to-morrows scream.
Then, penny-eyed, that gentlemen of wounds,
Old cock from nowheres and the heaven's egg,
With bones unbuttoned to the half-way winds,
Hatched from the windy salvage on one leg,
Scraped at my cradle in a walking word
That night of time under the Christward shelter:
I am the long world's gentlemen, he said,
And share my bed with Capricorn and Cancer.

Death is all metaphors, shape in one history;
The child that sucketh long is shooting up,
The planet-ducted pelican of circles
Weans on an artery the genders strip;
Child of the short spark in a shapeless country
Soon sets alight a long stick from the cradle;
The horizontal cross-bones of Abaddon,
You by the cavern over the black stairs,
Rung bone and blade, the verticals of Adam,
And, manned by midnight, Jacob to the stars.
Hairs of your head, then said the hollow agent,
Are but the roots of nettles and feathers
Over the groundowrks thrusting through a pavement
And hemlock-headed in the wood of weathers.

First there was the lamb on knocking knees
And three dead seasons on a climbing grave
That Adam's wether in the flock of horns,
Butt of the tree-tailed worm that mounted Eve,
Horned down with skullfoot and the skull of toes
On thunderous pavements in the garden of time;
Rip of the vaults, I took my marrow-ladle
Out of the wrinkled undertaker's van,
And, Rip Van Winkle from a timeless cradle,
Dipped me breast-deep in the descending bone;
The black ram, shuffling of the year, old winter,
Alone alive among his mutton fold,
We rung our weathering changes on the ladder,
Said the antipodes, and twice spring chimed.

What is the metre of the dictionary?
The size of genesis? the short spark's gender?
Shade without shape? the shape of the Pharaohs echo?
(My shape of age nagging the wounded whisper.)
Which sixth of wind blew out the burning gentry?
(Questions are hunchbacks to the poker marrow.)
What of a bamboo man amomg your acres?
Corset the boneyards for a crooked boy?
Button your bodice on a hump of splinters,
My camel's eyes will needle through the shroud.
Loves reflection of the mushroom features,
Still snapped by night in the bread-sided field,
Once close-up smiling in the wall of pictures,
Arc-lamped thrown back upon the cutting flood.

I had a lovely Saturday in gorgeous if overcast weather. Gblvr was visiting Wolfshark and a co-worker of the latter, so I got to have lunch at Lebanese Taverna with all three of them, plus walk around Ulta and put on obnoxious blue eye shadow. When eventually we went our separate ways, I came home to get Paul and Adam and we went first to Great Falls to see how high the river was post-Hurricane Sandy (high, but not nearly as high as after the Snowpocalypse melt), then to Meadowside Nature Center to see whether Rock Creek was flooding (all over the trail at one point, forcing us to walk through brambles and thorns -- my legs have several cuts). 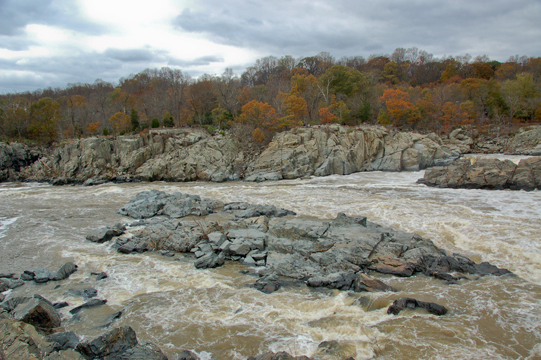 Great Falls still has some color in the leaves, though there were large trees down in several places. 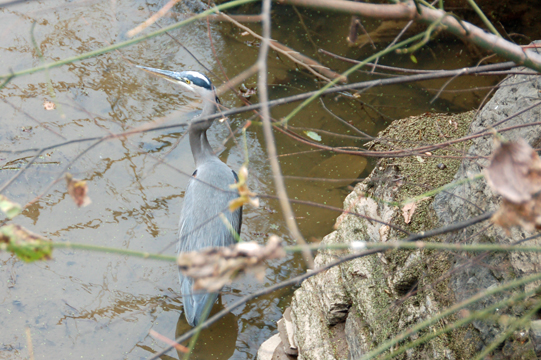 We spotted this great blue heron lurking in a puddle in the C&O Canal... 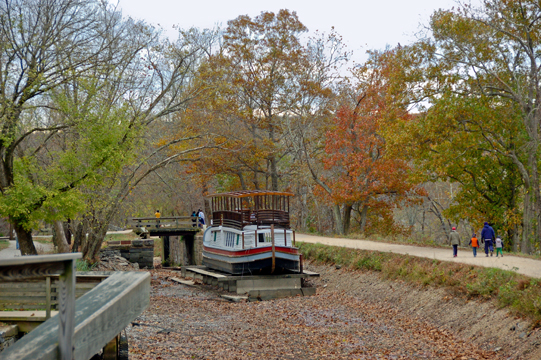 ...which had been drained almost completely to avoid flooding and damage. 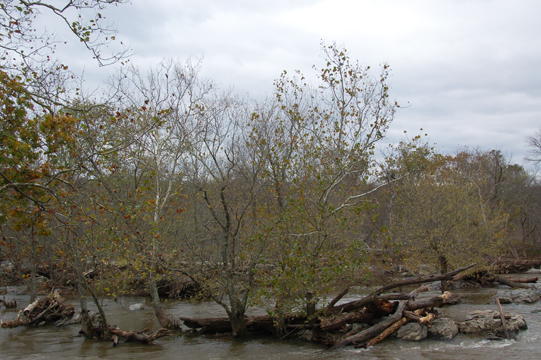 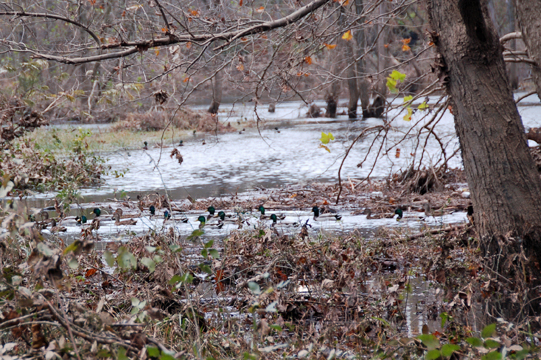 At Meadowside, Rock Creek had jumped its banks onto the trail, leaving these ducks a nice place to wallow. 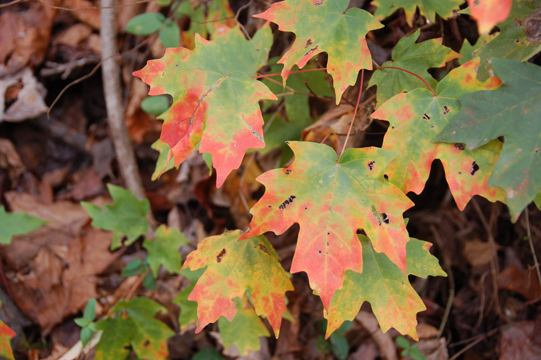 There was some lovely leaf color there as well... 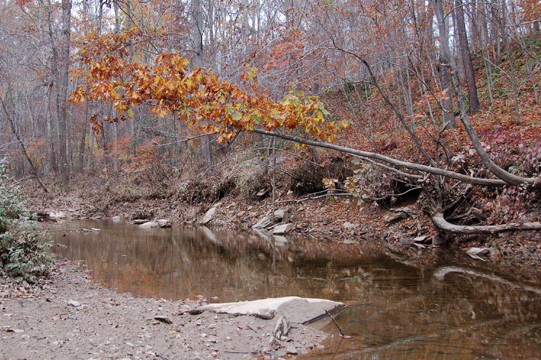 ...though some trees were down and others were at precarious angles over the creek and the mud it had spread everywhere. 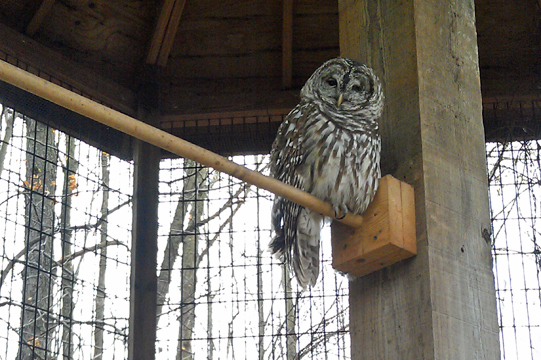 We visited the one-eyed barred owl and injured vulture and eagle who live at Meadowside. The screech owls and hawks are no longer on display.

I missed most of the Maryland game, but considering how badly Georgia Tech beat them, that is just as well. We did see some of the triple-overtime Notre Dame-Pitt game around dinner, including the end. Then we watched The Next Three Days, a seriously flawed story with acting that makes up for it; there were some fairly large plot holes but I thought Crowe was terrific, though I wish Banks had had more of a character to play -- she was the object rather than the subject of everyone's attention, even though her arrest set the entire film in motion -- and Wilde completely disappeared out of the film right when she could have become interesting.
Posted by littlereview at 12:02 AM