Poem for Thursday and Vader Valentines

Clatter into the window this late night.
We were flabbergasted, tired
of the newly-minted drunks or meth-kids
with squeals for fists.

We live downtown,
exposed to the alley.

Nothing dangerous, and we were not alarmed.
But still, every sound turns us into pins on points,

a sleep of figuring out: deeply felt turns:
wrestling with little autocrats

that fly or stick--nothing more than thistles
or wasps, but a sting is always a sting.

It must be us who are having the trouble:
it's our estranged perception of thinking.

Are we actually perceiving?
Do things truly mock us?
Or do we mock ourselves?

We must find our own modernization bill,
a folly stamp that appeases us with its generous
humanizing. We can be reckless, we can overreact.

Let's not be bewildered by the graces
that sometimes leave us,
that our paunches are not always gargantuan,
that we haven't sewn in shame to suit our false selves.

The fit of relief or deferment is near.
What we find next is important.
What would happen if our window
arranged a life for us--
something intentionally
on view.

The absurdly warm weather continued on Wednesday, though accompanied by drizzle in the late morning that turned into rain in the afternoon and thunderstorms with flood and tornado warnings at night. I went to Pier 1, Kohl's, and Target looking for bolster and throw pillows that would match our new sofa covers, though I didn't find any that were right. (I did find a $95 dress that was 80% off and a magnetic closure bracelet for $3.20.) Adam biked home (diverting through the park to get exercise) so all my cleaning the rug in the living room was probably pointless, though having the doors open for two days has fixed the cat smell problem.

We watched Arrow, which I am having a really hard time following; I missed the first handful of episodes so that it partly my fault, but they've got all these convoluted family stories going with no effort to catch up new viewers, which I think is probably going to kill the show. Since Nashville was a rerun, we watched the pilot of The Americans, which I didn't like exactly because it was so violent and had a horrible flashback scene, but it certainly held my interest and I've always liked Keri Russell despite not having followed Felicity, so I will watch the second episode next week. From Target, Darth Vader Valentines: 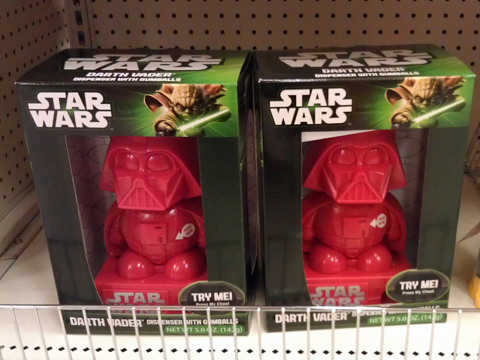 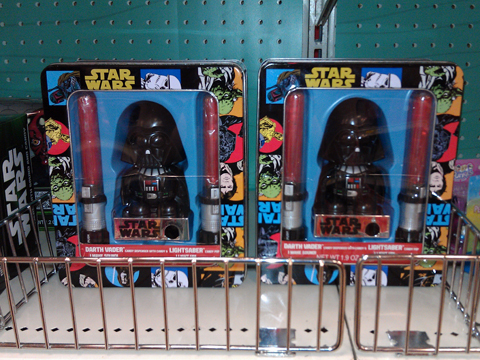 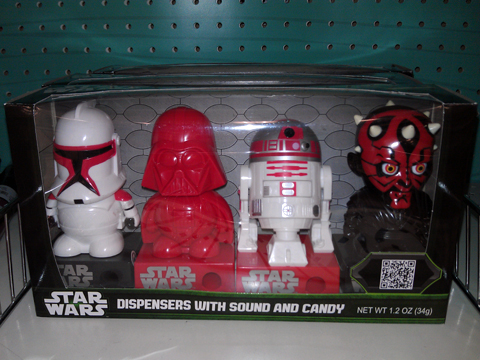