Poem for Tuesday and Chihuly Color

The Chair
By Sandy Florian

Meanwhile, a splash of blue paint falls from SUBJECT 199's bucket, traverses the sidewalk, travels down the one-way street, colors the roads, the signposts, and the streetlights in the new true hue and forks into a hundred paths that lead to a thousand houses, coating the fences and gates, blanketing the roses, hydrangeas, and ferns, climbing the curbs and mounting the steps, scaling the doors, enshrouding the walls, and enveloping the exterior windows, roofs, and chimneys before trailing off into the parks and backyards to cover every tree, every leaf, and every blade of grass in blue.

Monday was sort of a strange day. Daniel had plans to have lunch and repair the computer of a friend from high school, but she canceled at the last minute, so he was stuck having lunch with just me. Meanwhile, Adam learned that Daniel W, his good friend since elementary school, is going to live with his father in Oklahoma over the weekend so that Daniel can go to the fine arts high school there. This is traumatic for me as well as my kids, since Daniel has spent lots of time at my house and with my family -- we joke that he is our third child. He came over to take photos with Adam and we made plans to go to dinner on Tuesday with him and Adam's friend Thomas.

Otherwise I did work and chores: I've been trying to sync all my important stuff on Google Docs, where I have three copies of certain things (Google Docs version, uploaded MSWord version, text or html version, all in different folders), and we've been cleaning up various parts of the house before VVA comes on Thursday to pick up donated clothes, toys, and assorted stuff we no longer use. We put on the BCS Championship, but Alabama (thankfully) made it unnecessary to watch -- I'm not a Crimson Tide fan, but I'm never rooting for a school that buried rape allegations far more systematically than Penn State did. Here are a few more photos from the Chihuly exhibit at the VMFA in Richmond: 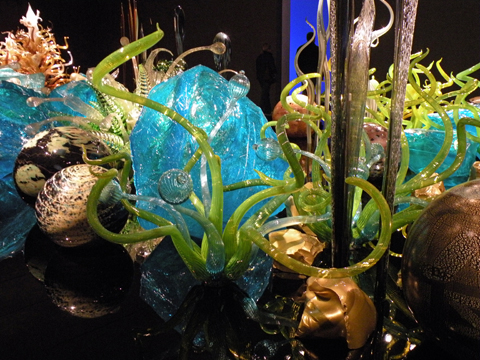 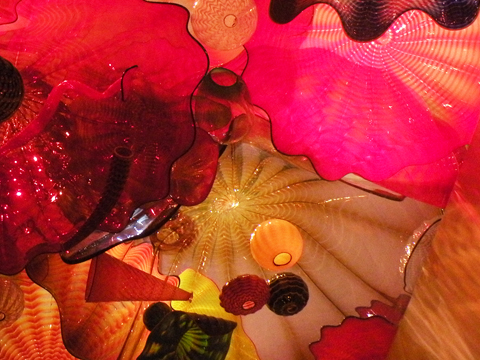 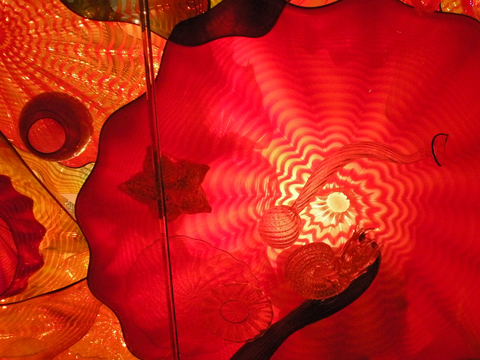 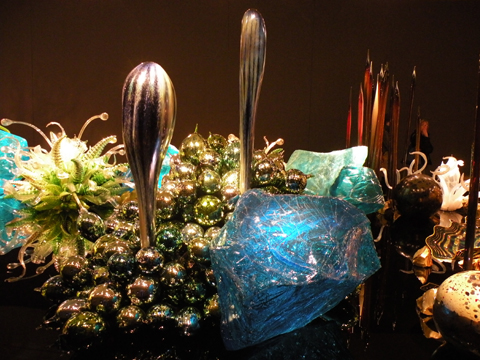 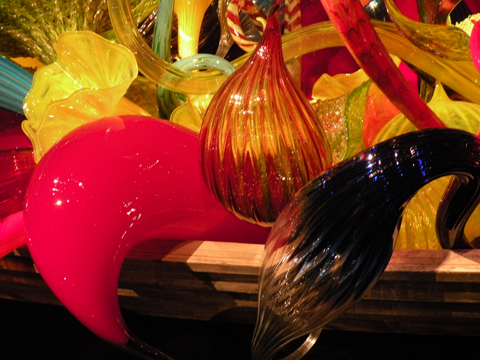 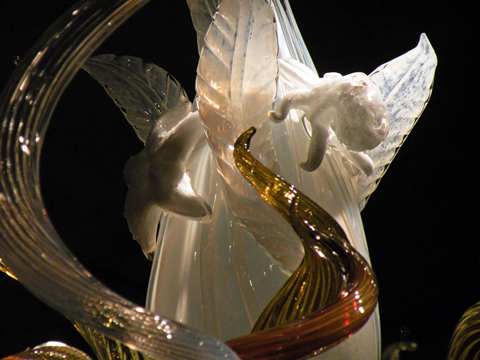 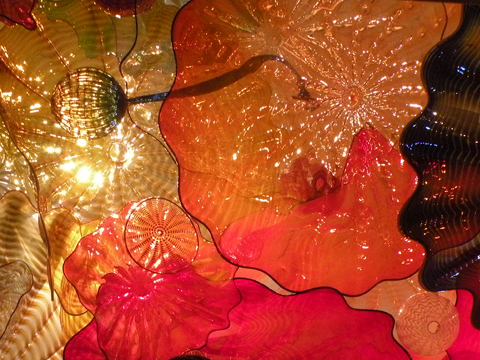