Poem for Thursday and Rosh Hashanah

Thou two-faced year, Mother of Change and Fate,
Didst weep when Spain cast forth with flaming sword,
The children of the prophets of the Lord,
Prince, priest, and people, spurned by zealot hate.
Hounded from sea to sea, from state to state,
The West refused them, and the East abhorred.
No anchorage the known world could afford,
Close-locked was every port, barred every gate.
Then smiling, thou unveil'dst, O two-faced year,
A virgin world where doors of sunset part,
Saying, "Ho, all who weary, enter here!
There falls each ancient barrier that the art
Of race or creed or rank devised, to rear
Grim bulwarked hatred between heart and heart!"

Happy New Year! (It would be a happier one if our political leaders from both parties did not seem determined to start dropping bombs.) My day was mostly about family -- Paul worked from home in the morning so that he could go pick up Daniel after lunch, and while he did that, I hung out with Adam's girlfriend, who came over while Adam was at cross country practice, and Adam's friend, who stopped by to return a camera lens.

Then Paul's parents arrived and we talked about their travels (they had some minor disasters like a truck accident while in California) while waiting for Adam to arrive. Once he got home and walked the neighbor's dogs, we went to my parents' house. I ate way too much (apples and honey, challah, salad, eggs, soup, fake chicken, barley, potato pancake, pineapple, carrot souffle, chocolate covered macaroon) and it was all great. Now Daniel is back in College Park! 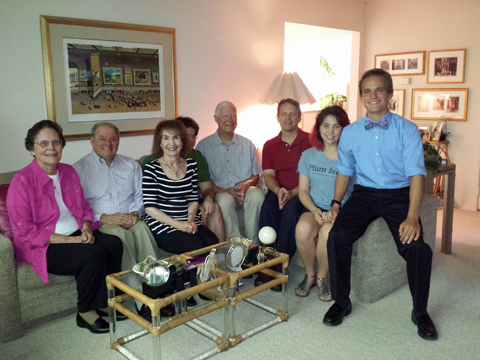 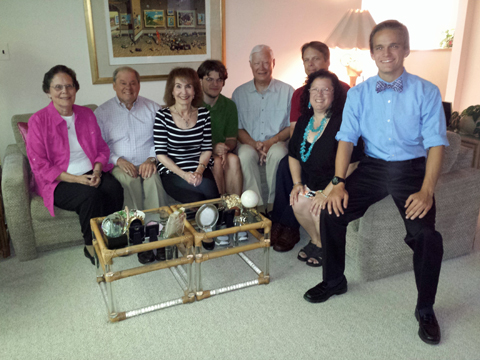 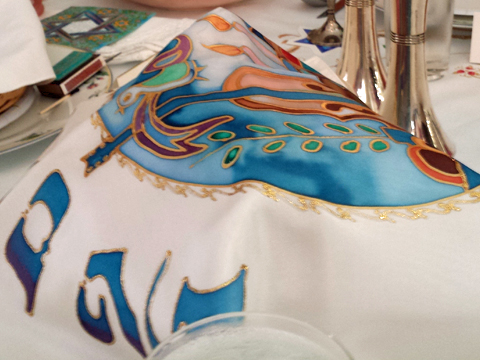 Happy New Year and blessed Rosh Hashanah to you and your family Mechelle.

Thanks so much! I want to go apple picking now.