Bows From The Last Dance
By Ish Klein

Not enough left to make sure a swan stays
a swan until the end of the last act.

A progression of swan to court lady
requires a peasant girl in between.

Calculator, to me these things you show:
a calculator requires a show
not a new lady dreaming between stays.

We had another gorgeous day -- a bit drizzly for a few minutes but cool and lovely autumn weather otherwise, which was good because Adam had the county cross country championships in the morning. He was not thrilled with his time, but he is pretty much done with his college applications so he is very happy about that! The team went to Chipotle and Krispy Kreme after the meet, so when we picked him up near the restaurants, he was very full. Now I want a pumpkin cheesecake donut like he got to have.

We stopped at the Second Chance Wildlife Center in Gaithersburg, which was having an open house, then we went to Little Bennett Park to see the fall colors and the mound builder ants getting ready for the fall. By then Adam was exhausted, so we came home, had dinner, and watched the season finale of The White Queen, which was not entirely satisfying (I know people are people but I really ended up not much liking anyone), then Dancing on the Edge, which I really enjoyed in terms of the acting, music, and setting. 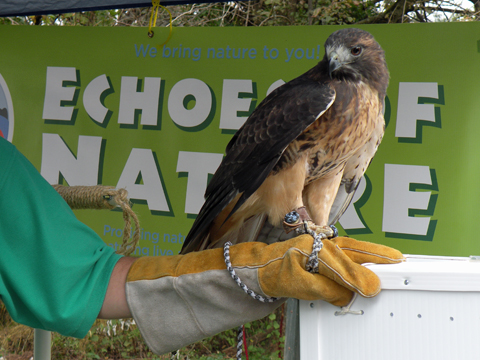 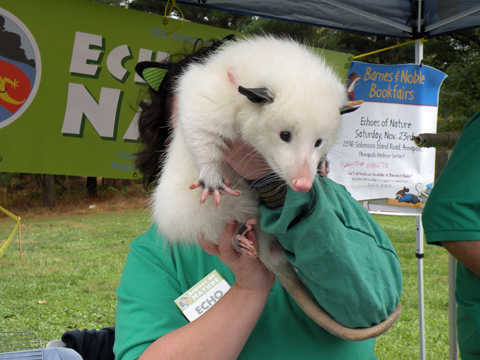 ...and an albino opossum that couldn't survive in the wild. 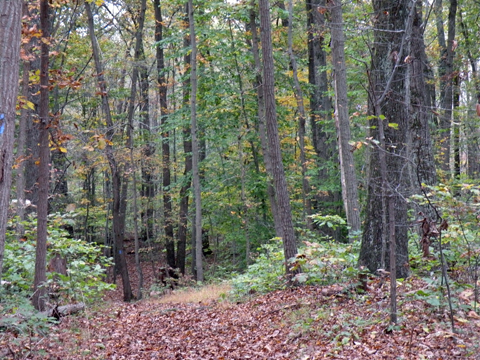 From there we went to Little Bennett Park... 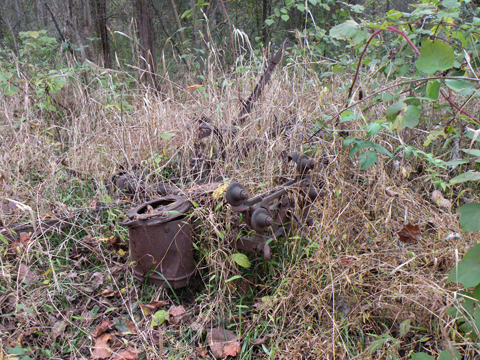 ...where each year the farm equipment disappears further into the grass... 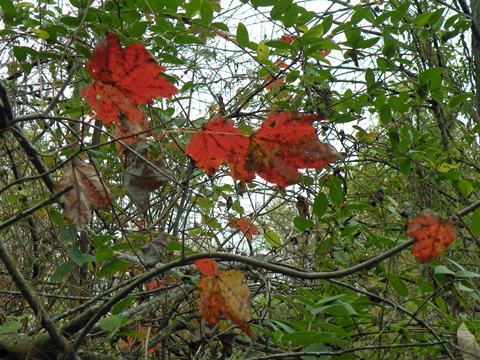 ...and the leaves are becoming very colorful. 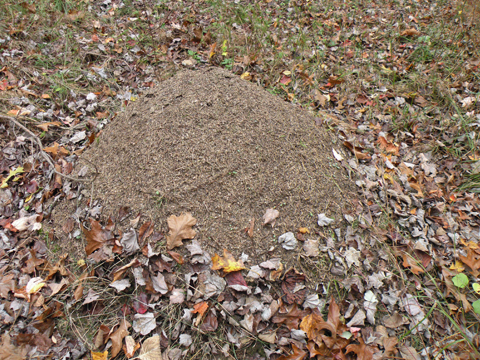 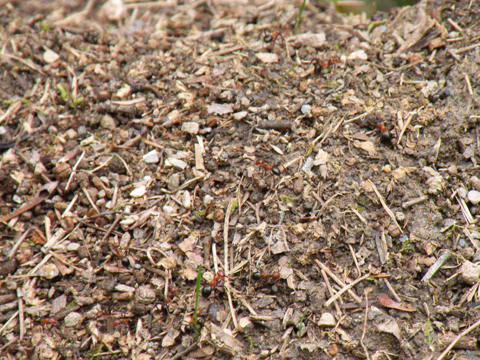 ...and some of the mound builders. 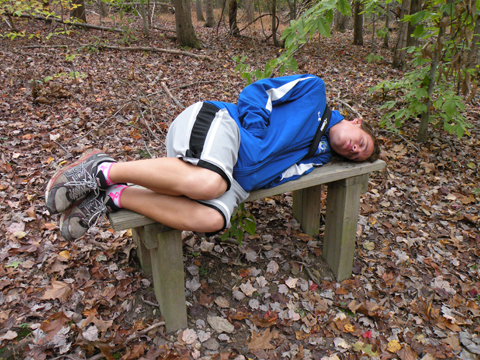 Son exhausted after his morning at the county cross country championships.