We had beautiful weather on Sunday, when after Adam was finished working at Hebrew school we went to see Paul's parents in Hagerstown for Clair's birthday. Here is our day in photos: 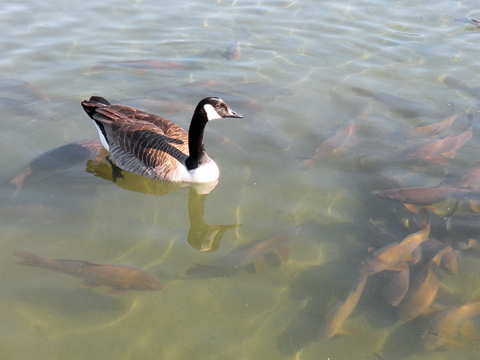 A goose and fish in the park around the Washington County Museum of Fine Arts. 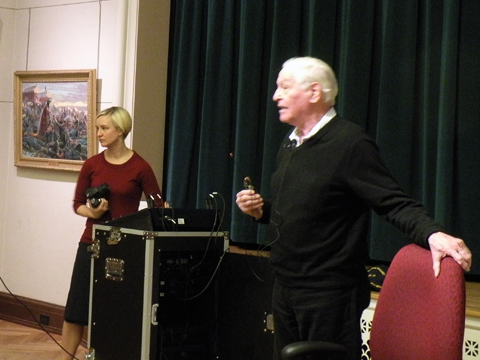 Artist Mort Kunstler speaks about his work in conjunction with the exhibit For Us the Living: The Civil War Art of Mort Kunstler at the museum. 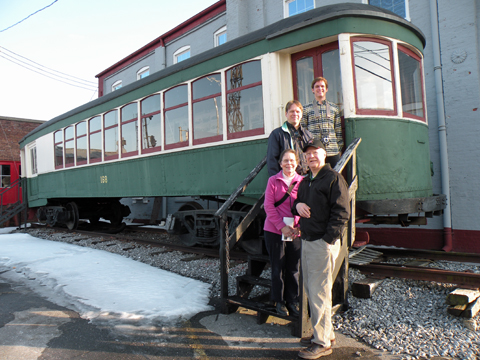 Clair, Cinda, Paul, and Adam at the Hagerstown Roundhouse Museum. 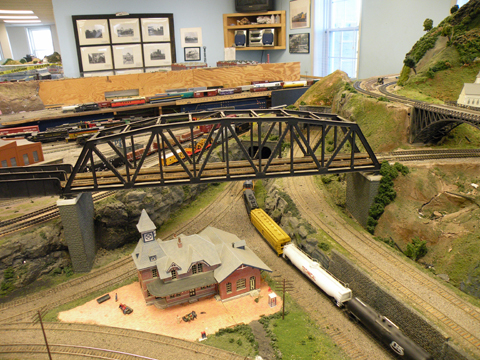 If you live near Maryland and you have train-crazy kids, this is well worth a visit. In addition to a dozen or so old train cars outside the museum, there are two huge indoor model train layouts... 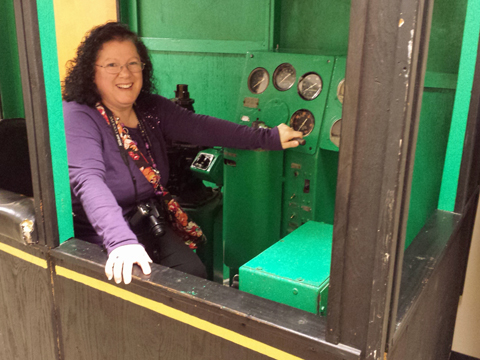 ...some of which can be operated by visitors, and there are places to play conductor, too. 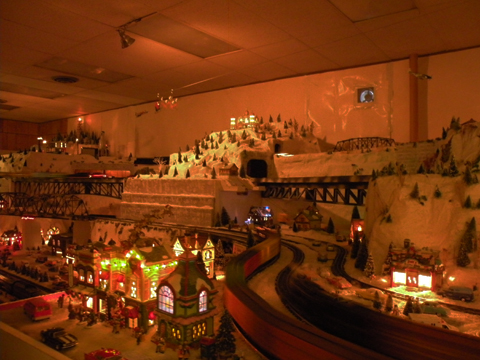 In the winter, there's also a big model holiday village with two skating rinks, a ski slope, a movie theater, and at least four trains running at once. 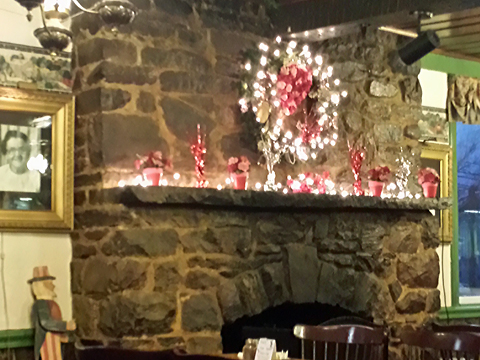 After the trains, we drove through Catoctin National Park, which still has lots of snow on the ground, and went to the Cozy Inn's big buffet in Thurmont for dinner. I behaved very well in that I only had six desserts out of the sixteen available.

We got home in time for the closing ceremonies of the Olympics, which I enjoyed, though Russia reclaiming Chagall, Diaghilev, and its exiled writers is ironic. Congratulations on your hockey victories, Canada!
Posted by littlereview at 12:07 AM