Poem for Tuesday and Chinese Dragons

I burn your Highland Park. I acid your Carnegie
car dealerships. Your Squirrel Hill, sheer terror
in winter. But most of all, I hate your Liberty Avenue,
the last place, one night, I saw my closest friend
saying, Wait here, outside the after-hours club. I wait,
hating your Strip, half your Shadyside, all of Bloomfield,
the bluffs and flats where my friend trades himself.
I wait hours, then trace your Mexican War
Streets looking for his car, so I could declare a truce
in the battle he was fighting against himself. Your Hot
Metal, your Fort Pitt Bridge that leads headfirst
into the Monongahela. In the morning, he's home.
He cannot tell me where it hurts. I help him shower
off the Duquesne residue, the priesting old world
shame. Pittsburgh, you're all grit and gristle turning crystal
track marks, turning a man meth mouth. I feed him,
put him to bed. I'll keep watch tonight in a cable car
ascending Mt. Washington, your smokestacks
blowing clouds over the confluence until all you are,
Pittsburgh, is a sleepless shimmer I will watch
diminish down to the savaged seed of morning,
as impossible to watch as you are to name.

Monday was quiet and involved a lot of boring stuff, plus one bunny at dusk twitching his nose while munching the grass through the quarter-inch of snow remaining on it -- that was the most excitement around here, unless you count Olympics competition and a bunch of cowards in the NFL declaring that the NFL is not ready for a gay player, though players involved in murders, rapes, drug dealing, and murdering dogs are not a problem in the locker room.

Since there was no figure skating competition on Monday and the skiing and curling had been broadcast live online, in the evening we watched Almost Human (kind of meh, could use better women's roles) and Beauty and the Beast (very meh, could use a reset button except it's not going to be around long enough for it to matter). Here are some of the dragons hanging from the ceiling and dancing in the Lakeforest Mall Lunar New Year celebration: 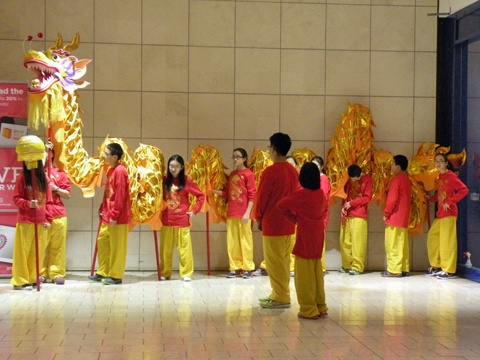 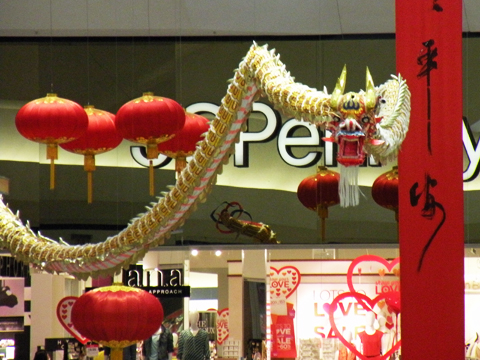 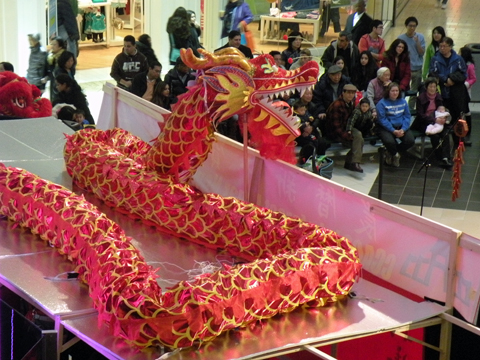 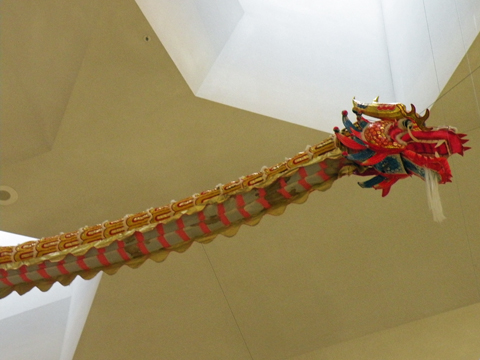 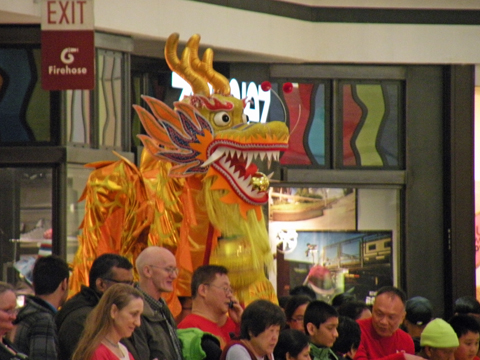 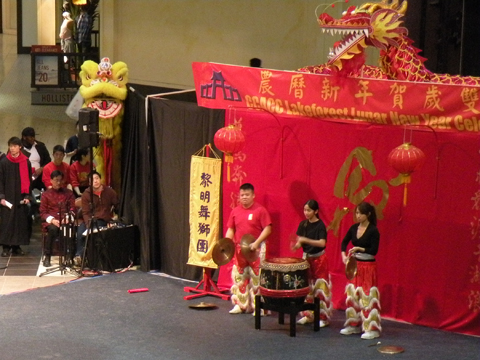 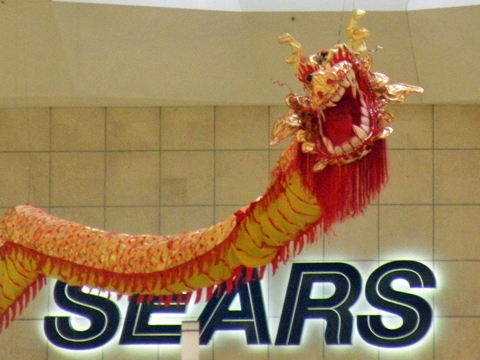 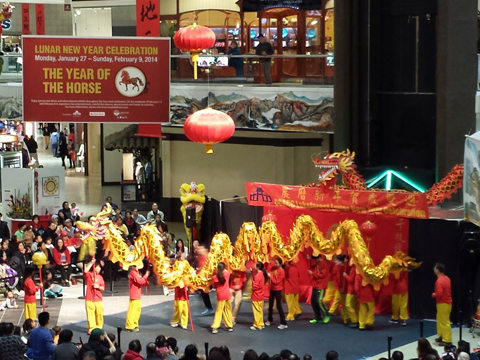