Poem for Monday and Ellicott City

Out of the bosom of the Air,
Out of the cloud-folds of her garments shaken,
Over the woodlands brown and bare,
Over the harvest-fields forsaken,
Silent, and soft, and slow
Descends the snow.

Even as our cloudy fancies take
Suddenly shape in some divine expression,
Even as the troubled heart doth make
In the white countenance confession,
The troubled sky reveals
The grief it feels.

This is the poem of the air,
Slowly in silent syllables recorded;
This is the secret of despair,
Long in its cloudy bosom hoarded,
Now whispered and revealed
To wood and field.

Guess what? It's snowing. It's not like we weren't warned -- we had a winter weather advisory all weekend, a winter storm warning all day -- but it's St. Patrick's Day, nearly the vernal equinox, and I am really ready for this winter to be over. (Adam, however, is pleased, and hoping school will be canceled on Monday, since snow days don't affect seniors -- their school year ends with graduation whether it has to be extended for everyone else or not.)

Sunday was Jewish Halloween a.k.a. Purim -- don't lecture me about not calling it that, our synagogue had a freakin' luau theme this year so even they're not pretending it's not a big appropriated pagan festival. After Adam worked the pre-carnival shift, we went to Ellicott City to meet Paul's parents to do a bit of sightseeing and have dinner. The weather and some closings changed our plans somewhat but it was still a nice afternoon and Mexican dinner: 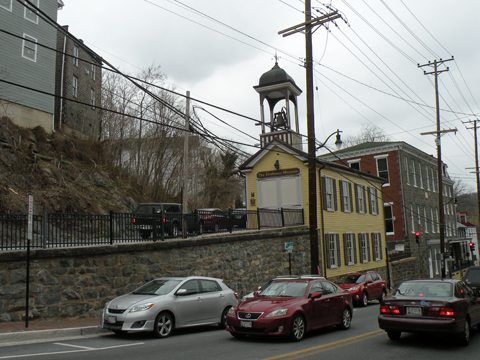 We had intended to visit Ellicott City's fire house museum, but it's closed in March (their web site didn't say that!). 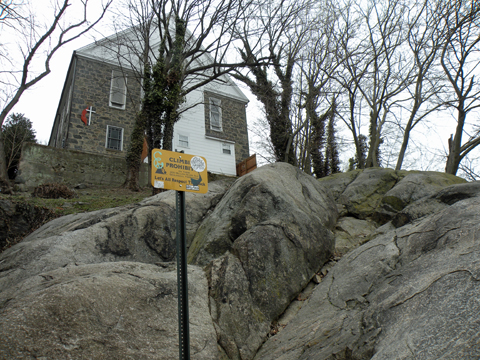 So instead we admired the cliff-face buildings... 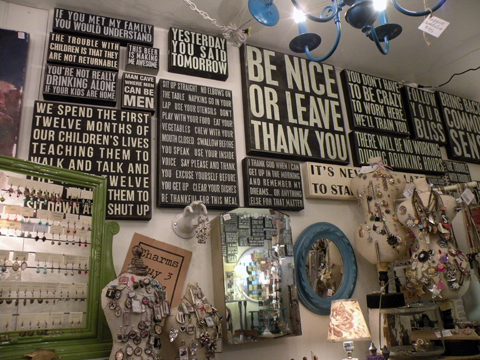 ...and visited some of the stores. 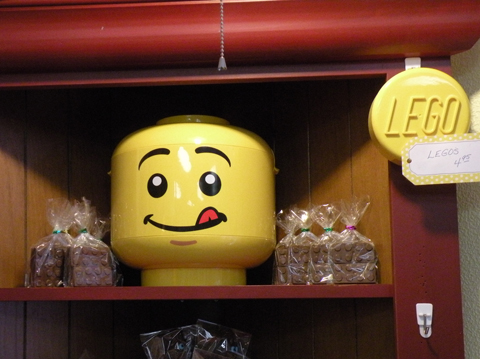 Here are the chocolate Lego bricks at Sweet Cascades. 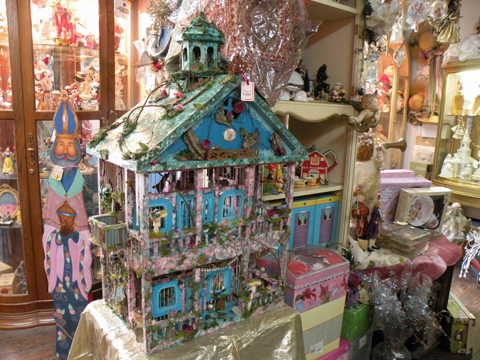 A fantastic fairy house at the Forget-Me-Not Factory... 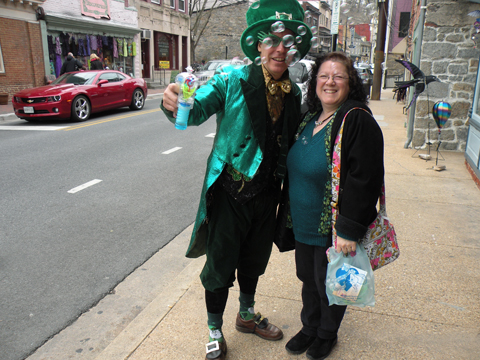 ...where I got to meet a leprechaun with bubble makers. 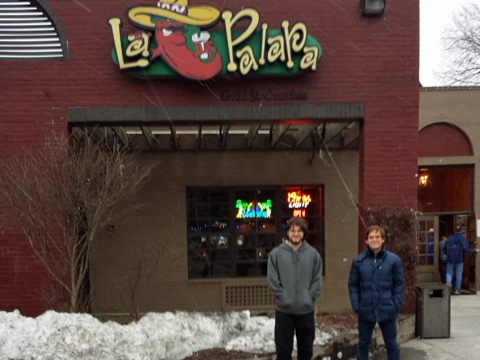 My kids in front of La Palapa as the snow starts to fall. 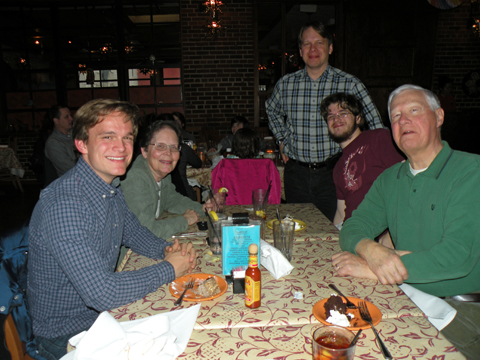 And inside, where we had dinner and watched the bracketology unfold.

Everyone who cares already knows that Maryland did not get into the NCAA or even the NIT tournament, though that wasn't a surprise; among other local schools, AU and GW both got invitations to the NCAA tournament and Georgetown was relegated to the NIT, but the big talking point is Virginia's #1 seed despite having lost to the Terps recently. We got home in time for Once Upon a Time (still rooting for the bad guys) and Cosmos (yaaay)!