It has been a really complicated, exhausting day of wild ups and downs -- ups because I got to spend time with family whom I rarely get to see and to meet some amazing people and at moments forget exactly why I was here, downs because a few moments later I would remember, and nothing is ever going to make it seem less devastating or less than unfair to everyone. Molly was so young, she had so many things she wanted to do, she leaves a family who adored her and four kids trying so hard to make sense of her loss. In some ways the memorial was the easiest part -- I don't think I've ever been to a Catholic service that wasn't a wedding, the music was beautiful, most of my in-laws were participating, Molly's older daughter delivered a eulogy that didn't leave a dry eye in the church.

The reception had some lovely aspects too, since I got to see people I hadn't seen since Dave and Molly's wedding and meet many of their more recent friends, one of whom played guitar and others of whom provided the best vegan food I've had since I ate in their restaurant. Again, I would forget for a few seconds why we were all there and think how nice it was to be among all those amazing people, and then remember. Always at funerals I think how much the person not there would have loved it, but that feeling was so acute, with her sons alternating between distracting themselves and being inconsolable. We rented a mini-van, so we drove the family home, then I had a couple of nice hours having dinner at the home of my cousin Felicia and Jason and their boys along with Aunt Carol and Jeffrey. 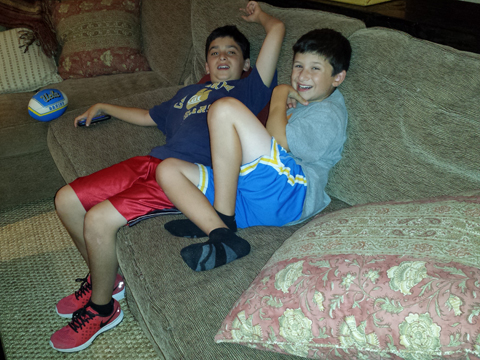 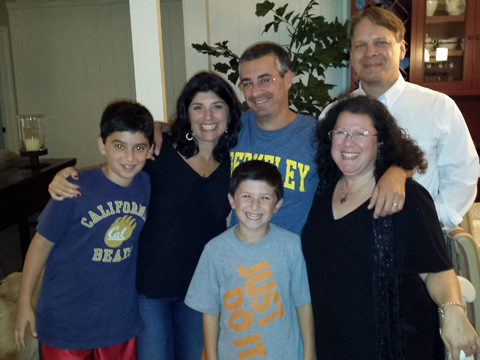 Posted by littlereview at 2:24 AM