These I, Singing in Spring
By Walt Whitman

These, I, singing in spring, collect for lovers,
(For who but I should understand lovers, and all their sorrow and joy?
And who but I should be the poet of comrades?)
Collecting, I traverse the garden, the world—but soon I pass the gates,
Now along the pond-side—now wading in a little, fearing not the wet,
Now by the post-and-rail fences, where the old stones thrown there, pick’d from the fields, have accumulated,
Wild-flowers and vines and weeds come up through the stones, and partly cover them—
Beyond these I pass,
Far, far in the forest, before I think where I go,
Solitary, smelling the earthy smell, stopping now and then in the silence,
Alone I had thought—yet soon a silent troop gathers around me,
Some walk by my side, and some behind, and some embrace my arms or neck,
They, the spirits of friends, dead or alive—thicker they come, a great crowd, and I in the middle,
Collecting, dispensing, singing in spring, there I wander with them,
Plucking something for tokens—tossing toward whoever is near me;
Here! lilac, with a branch of pine,
Here out of my pocket, some moss which I pull’d off a live-oak in Florida, as it hung trailing down,
Here, some pinks and laurel leaves, and a handful of sage,
And here what I now draw from the water, wading in the pond-side,
(O here I last saw him that tenderly loves me—and returns again, never to separate from me,
And this, O this shall henceforth be the token of comrades—this Calamus-root shall,
Interchange it, youths, with each other! Let none render it back!)
And twigs of maple, and a bunch of wild orange, and chestnut,
And stems of currants, and plum-blows, and the aromatic cedar:
These, I, compass’d around by a thick cloud of spirits,
Wandering, point to, or touch as I pass, or throw them loosely from me,
Indicating to each one what he shall have—giving something to each;
But what I drew from the water by the pond-side, that I reserve,
I will give of it—but only to them that love, as I myself am capable of loving.

The weather on Saturday was insanely beautiful -- too beautiful to stay in the car though we wanted Daniel to get lots of driving hours in -- so we went all over Fairfax County to see spring in northern Virginia. We started at Riverbend Park, which is famous for its bluebells, currently spread for more than half a mile through the woods along the Potomac River (there are also cormorants, frogs, herons, and a nature center with snakes and bunnies). Then we went to Kidwell Farm at Frying Pan Farm Park, which has three families of piglets plus lambs, baby goats, calves, and lots of other animals. Finally we went to Meadowlark Gardens, where we got to see cherry blossoms, tulips, geese, turtles, and more! 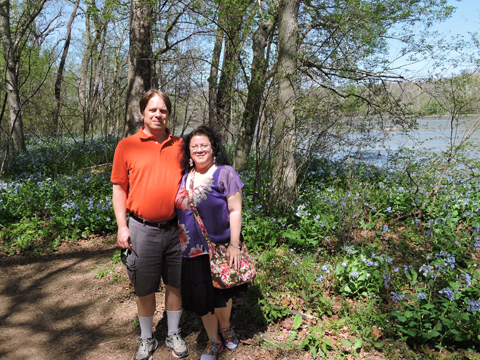 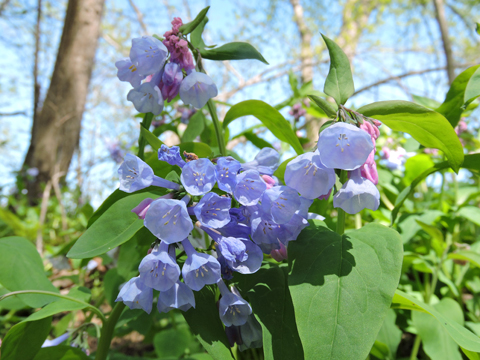 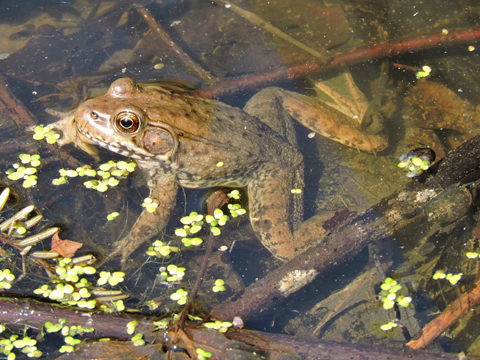 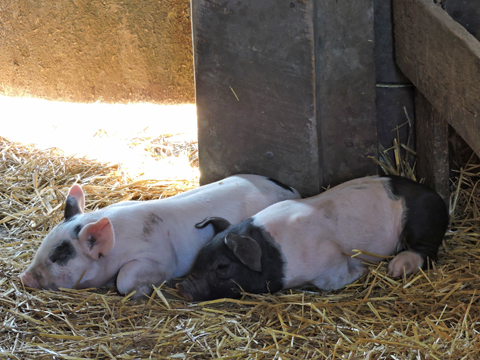 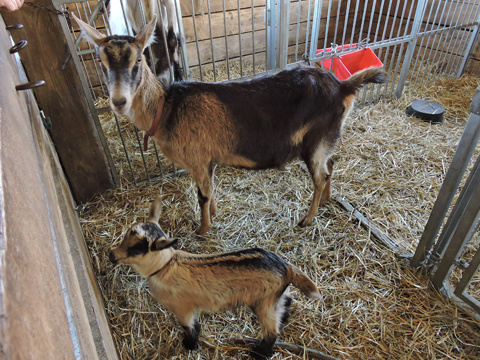 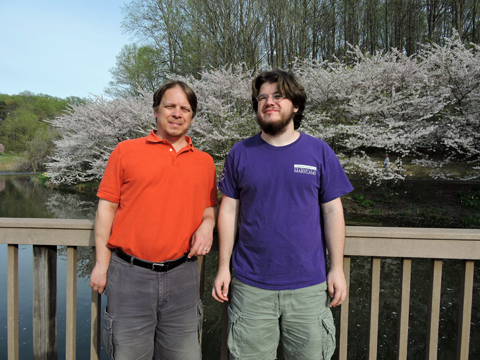 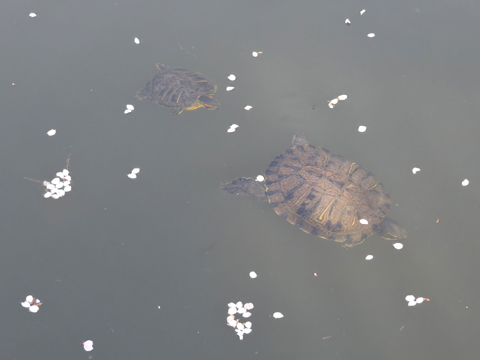 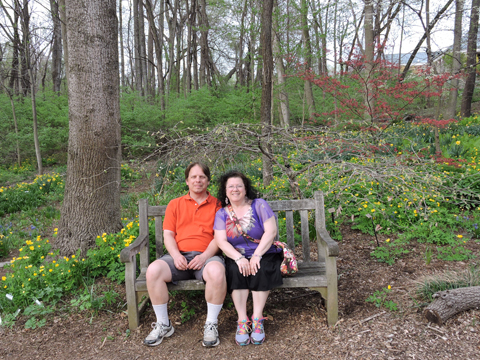 We came home for dinner to mostly good sports news -- the Nationals lost to the Phillies but the Orioles beat the Red Sox, the Wizards won their first playoff game against Toronto in overtime, and the Caps are tied with the Islanders in the NHL playoffs which it was pointed out to me have started. We did not watch much baseball, however, as we were waiting for the season premiere of Orphan Black, which did not disappoint (I was a bit afraid there would be a focus shift onto male clones, but it's still all about the sisters, though some of the sexual situations still make me extremely uncomfortable). Now we're watching Graham Norton (yay Kim Cattrall); tomorrow we get to see Adam get inducted into an honor society!