Poem for Wednesday and Palace of Versailles

Don't do that when you are dead like this, I said,
Arguably still squabbling about the word inarguably.
I haunt Versailles, poring through the markets of the medieval.
Mostly meat to be sold there; mutton hangs
Like laundry pinkened on its line.
And gold!--a chalice with a cure for living in it.
We step over the skirt of an Elizabeth.
Red grapes, a delicacy, each peeled for us--
The vestments of a miniature priest, disrobed.
A sister is an old world sparrow placed in a satin shoe.
The weakling's saddle is worn down from just too much sad attitude.
No one wants to face the "opaque reality" of herself.
For the life of me.
I was made American. You must consider this.
Whatever suffering is insufferable is punishable by perishable.
In Vienne, the rabbit Maurice is at home in the family cage.
I ache for him, his boredom and his solitude.
On suffering and animals, inarguably, they do.
I miss your heart, my heart.

We had rain forecast for Tuesday, but it only fell very early in the morning and after dark. The rest of the day was gorgeous, and our neighborhood is full of daffodils and forsythia and crocuses and hyacinth, plus whatever those tiny blue flowers are. I took two walks in two different directions to see everyone's gardens, plus I got to see the flowers around my doctor's office when I went for a follow-up test to make sure I'm not anemic and to get a tetanus shot since it's been so many years, grumble. The flowers in front of our house have big buzzing bumblebees in them who make me smile and the cats go crazy.

The Orioles won again, which is nice. I didn't watch the UConn-Notre Dame women play -- I don't like Notre Dame, yet I can't bear to root for the man who's the best paid coach in women's basketball -- so instead I watched Agents of S.H.I.E.L.D., which at this point seems to have hundreds of characters of whom I care about maybe one and a half, and Forever, which is my favorite show on network so I am very sad it's going to be canceled in a couple of weeks. Some photos from the insanity that is Versailles, which I found over the top in every way from the golden ceilings to the enormous crowds: 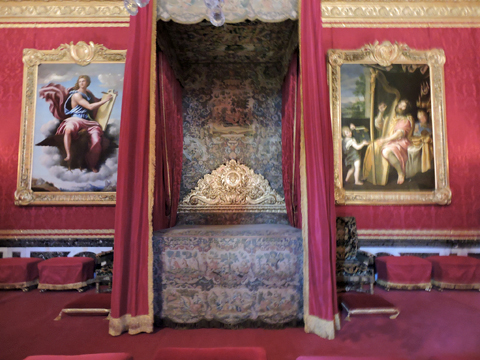 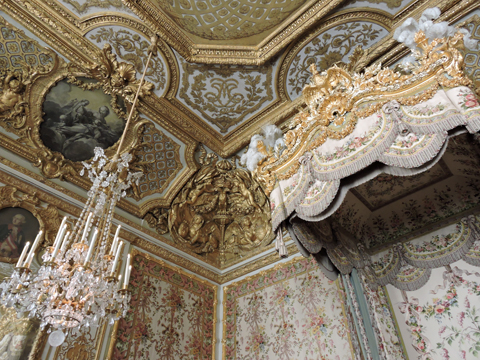 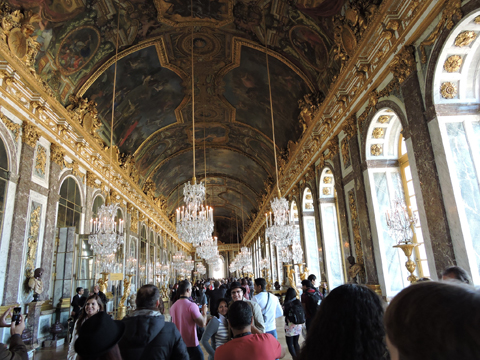 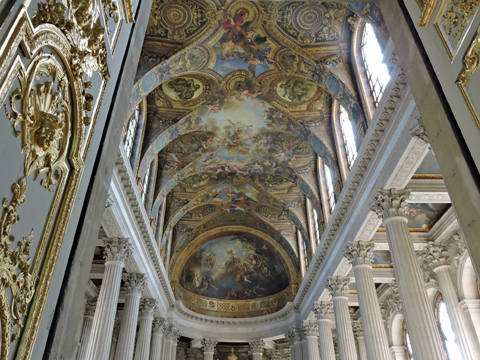 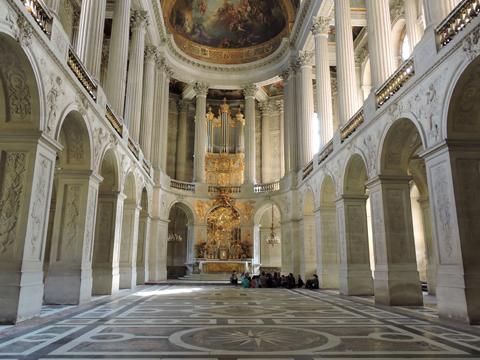 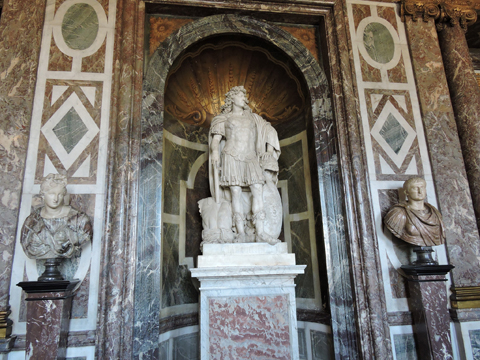 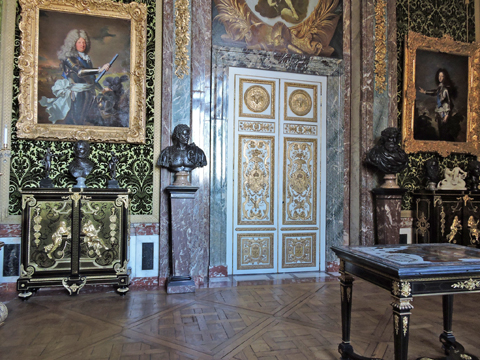 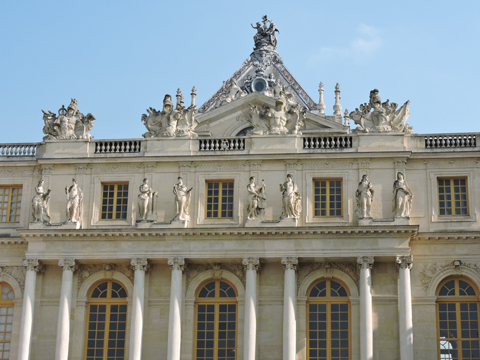