Poem for Friday and UMCP Commencement

My Father's Hats
By Mark Irwin

Sunday mornings I would reach
high into his dark closet while standing
on a chair and tiptoeing reach
higher, touching, sometimes fumbling
the soft crowns and imagine
I was in a forest, wind hymning
through pines, where the musky scent
of rain clinging to damp earth was
his scent I loved, lingering on
bands, leather, and on the inner silk
crowns where I would smell his
hair and almost think I was being
held, or climbing a tree, touching
the yellow fruit, leaves whose scent
was that of a clove in the godsome
air, as now, thinking of his fabulous
sleep, I stand on this canyon floor
and watch light slowly close
on water I'm not sure is there.

Our day since 6:30 a.m. has been taken up with the happy event of Daniel's graduation from the University of Maryland! The engineering college's ceremony where the students individually cross the stage is on Friday, but the university-wide commencement was early Thursday morning at the Xfinity Center, which I've only been inside before for basketball games. The place was packed to the rafters, a Chabad rabbi conducted the moment of reflection, the string ensemble played, one of the music teachers sang the national anthem and alma mater, there were lots of happy speeches! 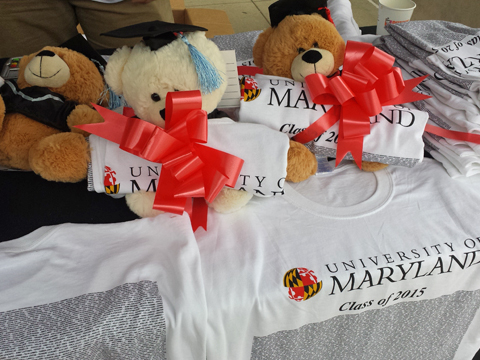 All the names of graduating seniors are printed on these shirts. 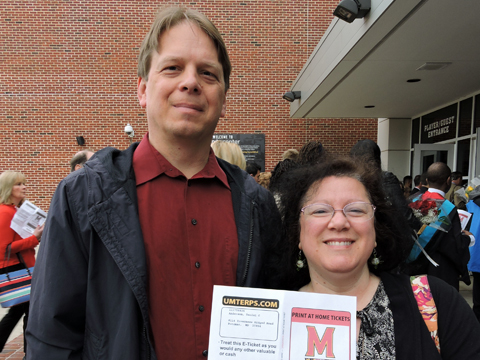 Adam took this photo of me and Paul with our graduation tickets. 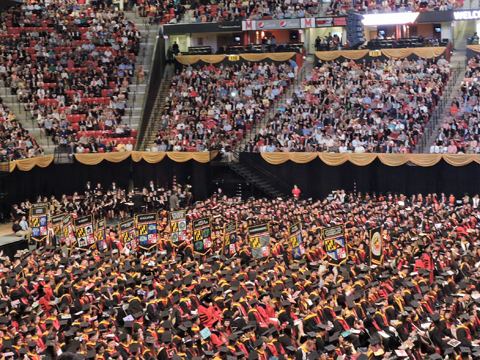 Procession with the banners of the undergraduate colleges. 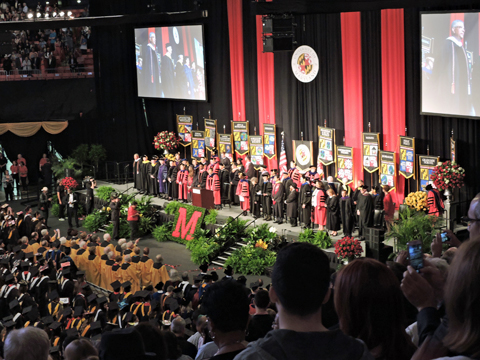 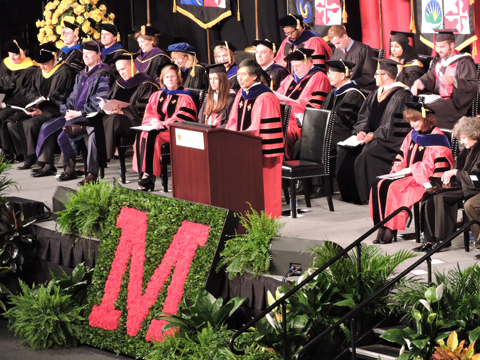 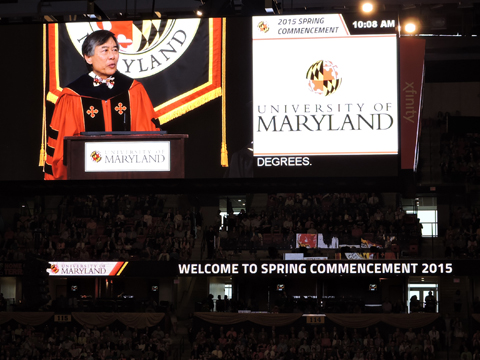 ...and imploring students to follow his Twitter feed so he can have the most of any university president. ;) 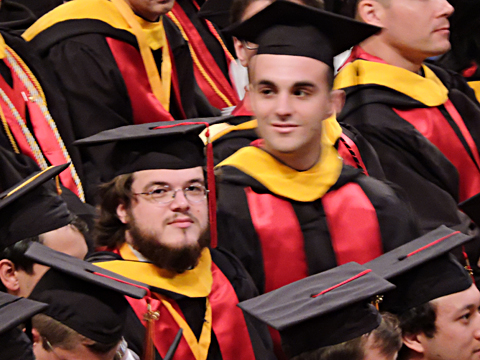 Daniel looking up when Loh asked all present Terp alumni to stand up -- he knew I'd be standing, my M.A. (and my mother's master's degree as well) came from Maryland! 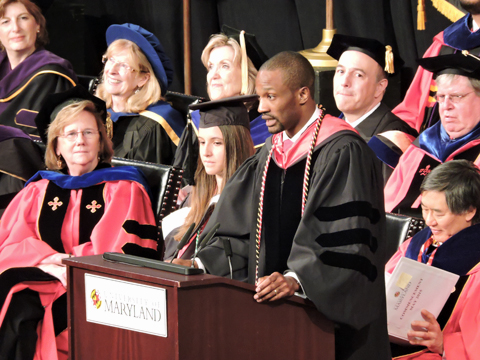 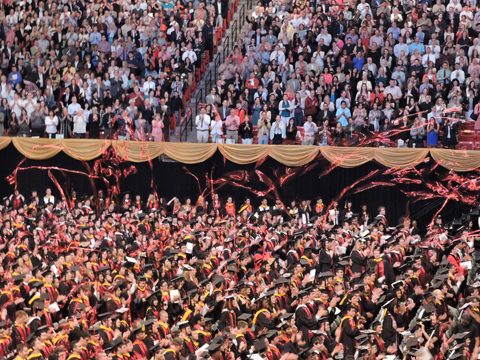 Lots of students brought red streamers which they tossed at celebratory moments during the ceremony. 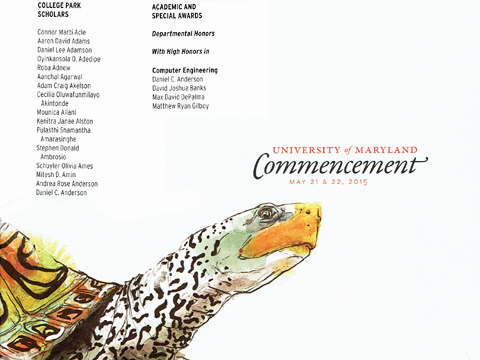 Daniel's name appeared in the program three times -- in addition to the list of graduates, he was named among the College Park Scholars and as one of a handful of Computer Engineering majors given departmental honors. 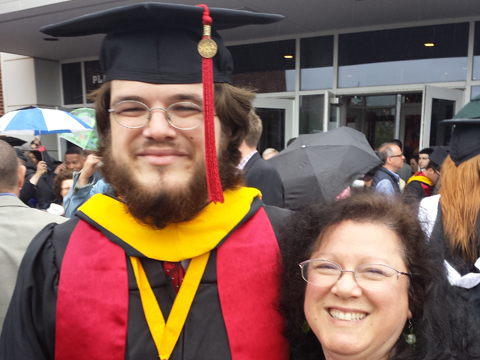 Here I am with Daniel outside in the rain after the commencement!

We all went out afterward for pancakes, since we'd had breakfast before 7 a.m. and were all starving by the time we got to the car after 1 p.m. Then we took Daniel back to his apartment and took Adam food shopping, since he needed ice cream for the overnight movie party he's attending now, where we dropped him off on the way back from the store. On Friday we're going with all the grandparents to the engineering school reception and out to dinner. Tonight I may possibly have watched the first RDJ-Jude Law Sherlock Holmes movie and the Inspector Lewis third season finale!