Poem for Thursday and Washingtonian Goslings

Coming and Going
By Tony Hoagland

My marriage ended in an airport long ago.
I was not wise enough to cry while looking for my car,

walking through the underground garage;
jets were roaring overhead, and if I had been wise

I would have looked up at those heavy-bellied cylinders
and seen the wheelchairs and the frightened dogs inside;

the kidneys bedded in dry ice and Styrofoam containers.
I would have known that in synagogues and churches all over town

couples were gathering like flocks of geese
getting ready to take off, while here the jets were putting down

their gear, getting ready for the jolt, the giant tires
shrieking and scraping off two

long streaks of rubber molecules,
that might have been my wife and I, screaming in our fear.

It is a matter of amusement to me now,
me staggering around that underground garage,

trying to remember the color of my vehicle,
unable to recall that I had come by cab --

eventually gathering myself and going back inside,
quite matter-of-fact,

to get the luggage
I would be carrying for the rest of my life.

I have eaten a ridiculous amount in the past two weeks, but I ate a truly ridiculous amount on Wednesday. I had lunch with Kay at Tara Thai -- I had not seen her in more than a month, since before my family went to France and her son decided where he's going to college -- then I went out to dinner at The Melting Pot with Paul to use a Living Social deal before it expired in two days. I forgot that their California salad is the best salad in the world and that there is no substitute for chocolate fondue.

Obviously that was most of the excitement from my day, though did a bit of shopping, walked around Washingtonian Lake, and saw a family of goslings relaxing near the boat launch, which was also being guarded by geese and ducks. We finally caught up on last week's Elementary (no thanks to Verizon whose HD version wasn't working) and saw this week's Nashville (enough with the contrived arguments, more music). I didn't take photos of the three fondue courses we ate, but I am happy to share the goose family! 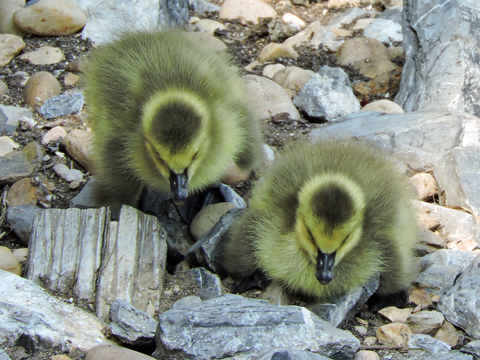 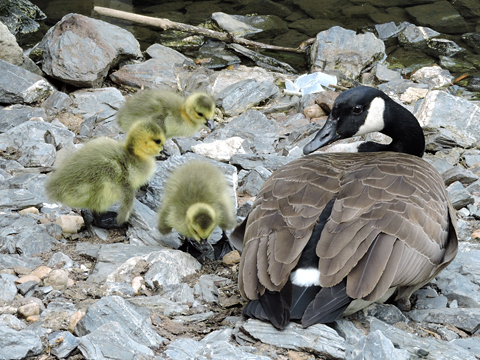 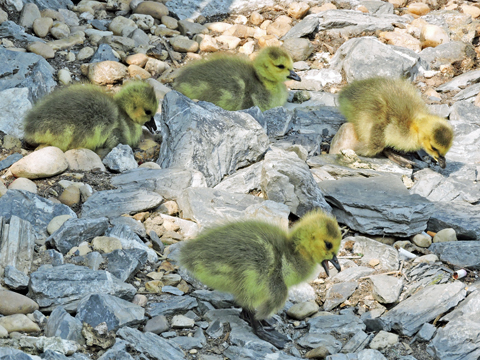 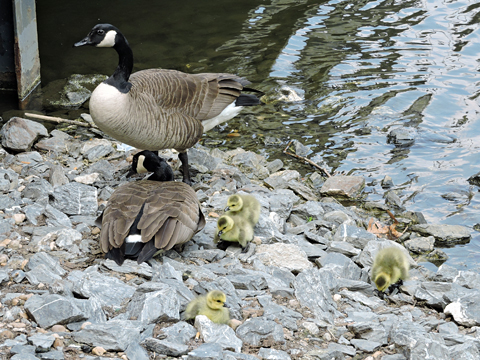 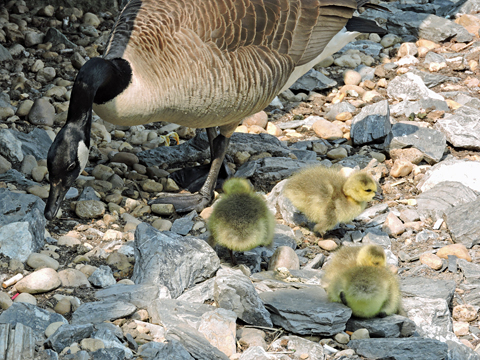 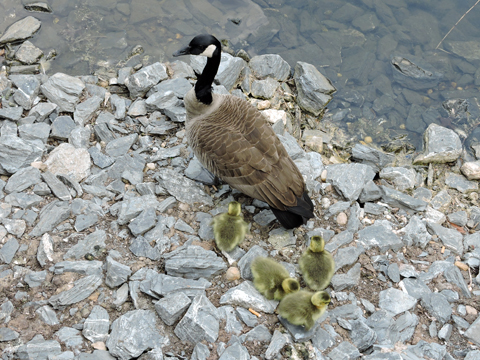 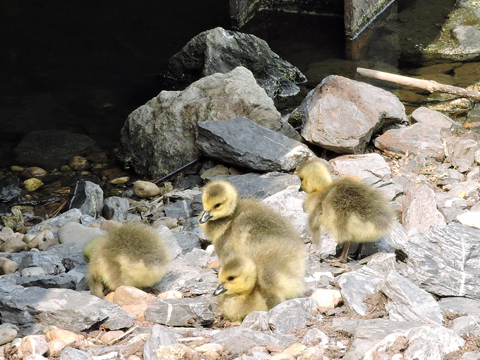 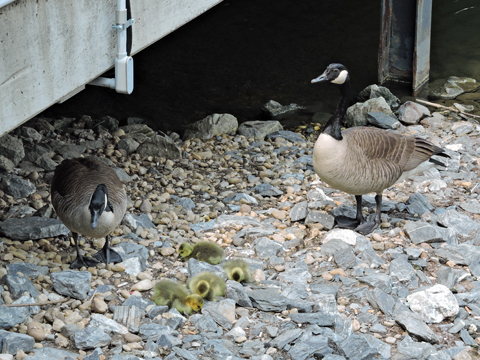