She moved through the garden in glory, because
She had very long claws at the end of her paws.
Her back was arched, her tail was high,
A green fire glared in her vivid eye;
And all the Toms, though never so bold,
Quailed at the martial Marigold.

I had a nice, fairly low-key birthday -- spent the morning working on a review of Voyager's "Lifesigns", which has one of Robert Picardo's outstanding performances, and Paul made me eggs benedict for lunch. Then we picked up my parents and drove to College Park, where we met Adam and Christine at Aroy Thai, after which we walked to Cold Stone Creamery for dessert. Back at home, we Skyped with Daniel, who sent me Fun with Kirk and Spock for my birthday.

I got some lovely presents including a dichroic glass pendant, Ant-Man on Blu-Ray, a light-up potion lamp, and Katniss and Effie Funko Pop figures in honor of our kittens. Cheryl and I decided that it had been far too long since we watched The Search For John Gissing, so we put that on, though unhappily she couldn't watch the end of it because her disc got stuck! Here is the birthday card Paul made for me, which you may need to have seen Kingsman to appreciate! 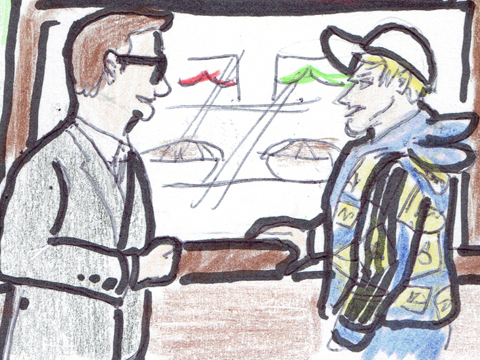 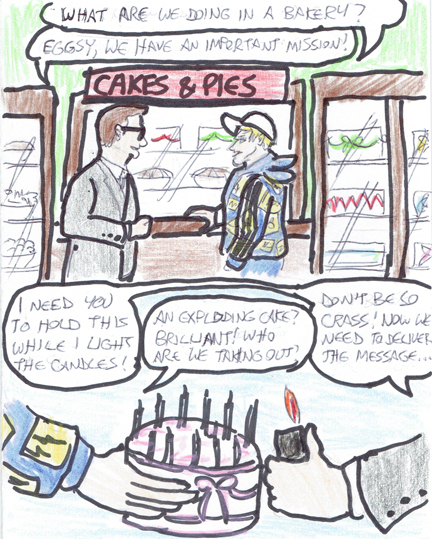 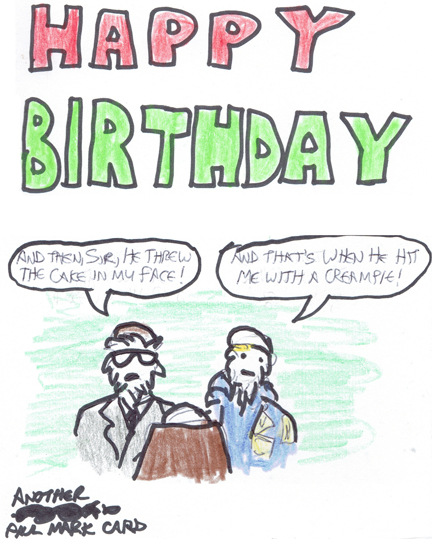