Poem for Friday, The 100, Longwood Orchids

An Encounter
By Robert Frost

Once on the kind of day called "weather breeder,"
When the heat slowly hazes and the sun
By its own power seems to be undone,
I was half boring through, half climbing through
A swamp of cedar. Choked with oil of cedar
And scurf of plants, and weary and over-heated,
And sorry I ever left the road I knew,
I paused and rested on a sort of hook
That had me by the coat as good as seated,
And since there was no other way to look,
Looked up toward heaven, and there against the blue,
Stood over me a resurrected tree,
A tree that had been down and raised again —
A barkless spectre. He had halted too,
As if for fear of treading upon me.
I saw the strange position of his hands —
Up at his shoulders, dragging yellow strands
Of wire with something in it from men to men.
"You here?" I said. "Where aren't you nowadays
And what's the news you carry—if you know?
And tell me where you're off for—Montreal?
Me? I'm not off for anywhere at all.
Sometimes I wander out of beaten ways
Half looking for the orchid Calypso."

Thursday was much nicer weather-wise than Wednesday, and if you need proof, we saw three bunnies on one neighborhood corner for the first time since winter arrived! Two of them were even sharing the same patch of grass. Most of my morning was spent writing a review and (yet again) reorganizing some things in my room that four cats have never bothered with but Katniss apparently finds to be a threat to District 12 and has to attack. (We've also had a great deal of fighting over an empty Bath & Body Works box that Effie has bitten all around the edges.)

We caught up on Arrow -- I'm sorry they had to paralyze Felicity to find a reason to give her so much to do, but I'm loving her storylines otherwise -- and watched The 100, which is now like if Game of Thrones was comprised entirely of matriarchies so I am still loving it, and Elementary which is better this season. Older son is coming to town this weekend -- he needs to be in the area for work on Monday, so they are letting him work from home the rest of the week, meaning we get to watch the Super Bowl with him! Meanwhile, from Longwood Gardens' orchid extravaganza: 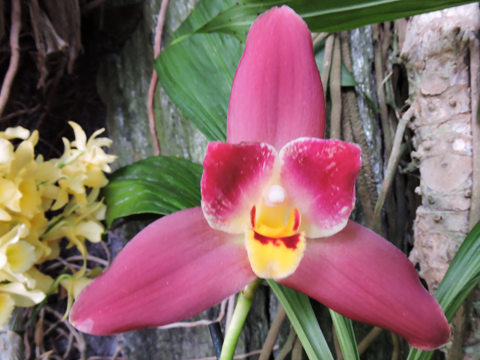 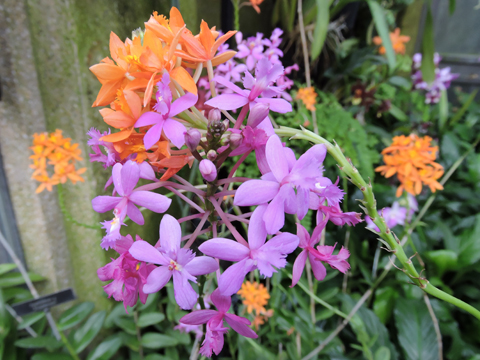 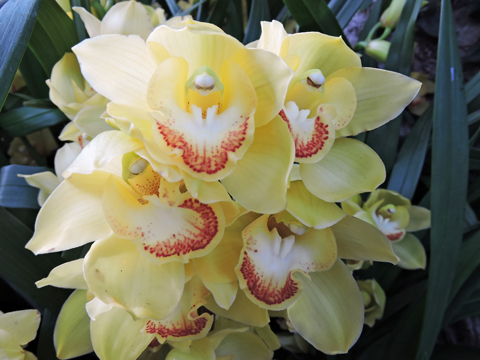 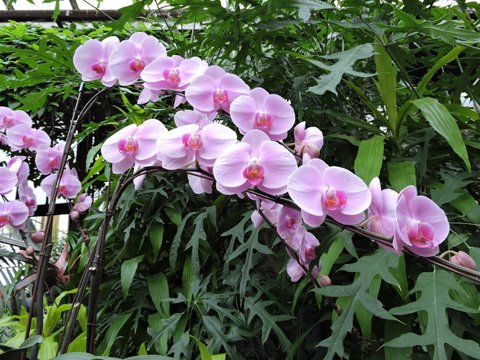 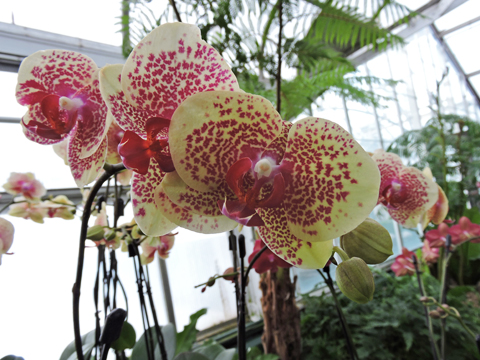 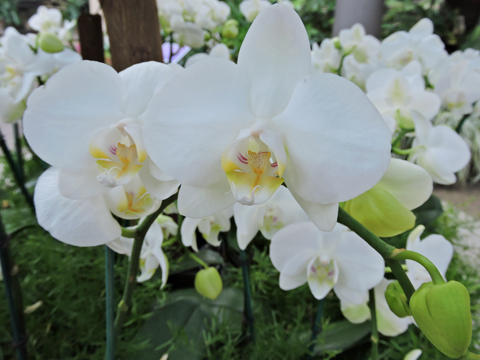 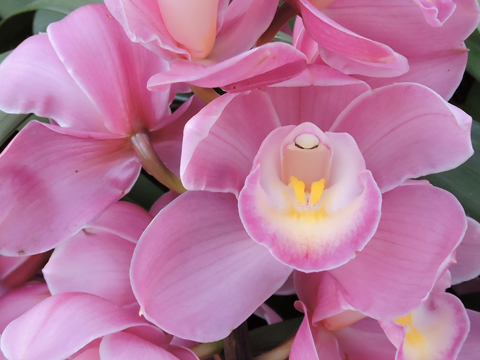 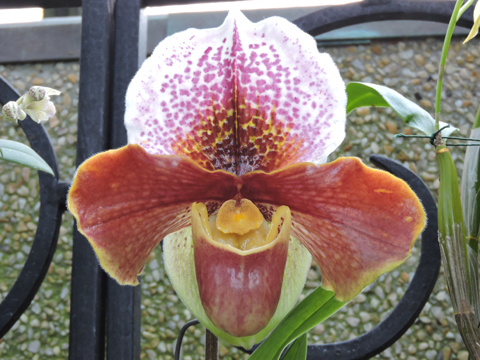