Poem for Tuesday and Longwood Daffodils

mostly menus
from restaurants
in the neighborhood

endlessly
coming through
the slot

despite the sign
we put on the door:
No Advertisements
No Solicitors

She watches me
toss the menus

then turns to her friend
& says, "I guess
no one reads those."

We had to get up insanely early to drive Daniel practically to Dulles for work -- the reason he's in town this week -- then came home and worked from here while catching up on Downton Abbey (oh shut up Mary) and Billions (oh shut up pretty much every character on the show) while eating lunch. When Daniel was finally finished, we picked him up and went to the Minerva in Herndon, where I ate way too much wonderful Indian food.

We watched this week's X-Files, which I loved -- reminded me of my very favorite episodes from the first time around, a monster-of-the-week story with major character issues, a bit of arc story, and serious shippiness. We also watched some more first season Bones, which I wish could be less gruesome but I love the characters. Here are some of the daffodils we saw in Longwood Gardens' conservatory a few weekends back: 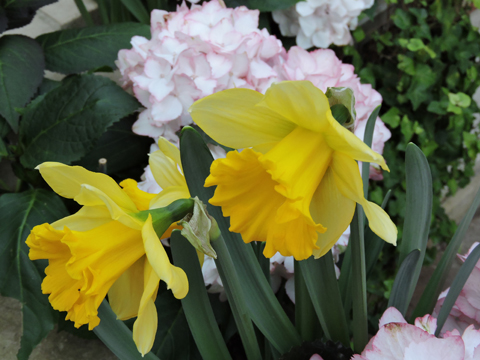 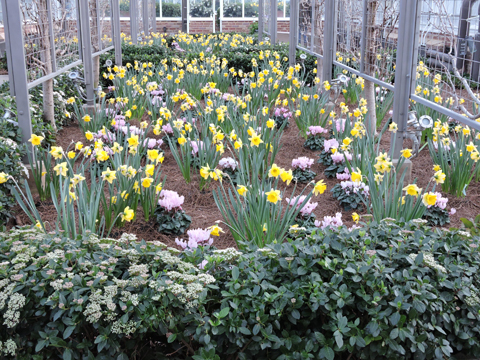 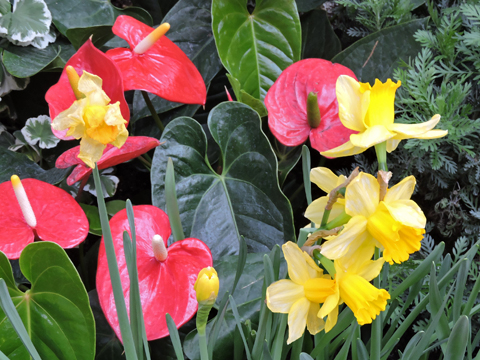 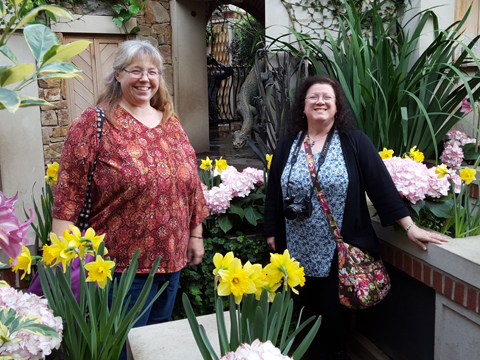 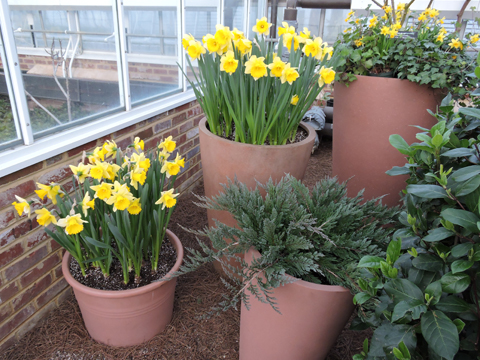 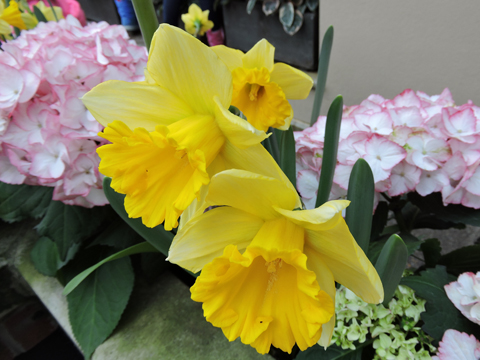 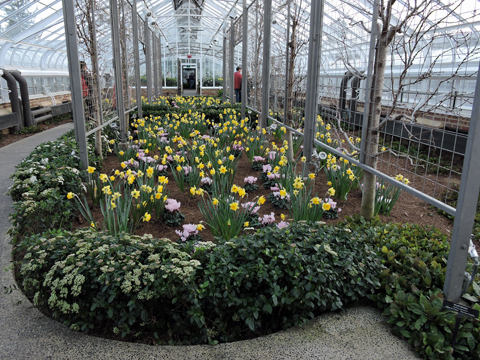 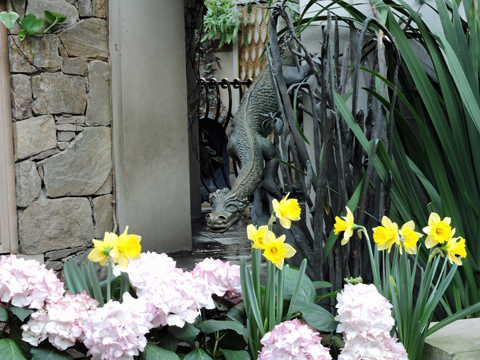