Poem for Friday and Philadelphia Penguins

There is no Rescue Mission where it isn’t freezing
from the need that created it. The lost children

distill to pure chemical. Where Good is called No-Tone
it’s the one who cries out who doesn’t get a coat.

The children fuse colors because they don’t want to
separate. Daughters shot off of hydrants who cut

each other in the neck and gut, don’t care
which one of them will end up later in surgery.

And drugged sons pretending to be costumes,
well, they’re not welcome to comprehension either.

Why does a wild child confuse a moon
with a hole in his skin?

One was born soaked in gin.
His first sip was from a bottle of denial.

What can “leave me alone” mean after that?
The system is settled, dimensions fixed.

But they all dig the way the pepper is rosy in the vodka.
It’s verbocity that creates jokers.

Brick and grit are the candy and frosting
where volunteers and teachers write cards that go:

“Donate books that say NOT and NO and poets
who say Urn instead of Oh.”

How do the children convert their troubles
into hip-hop? Dunno—but it’s wonderful.

Maddy went with Adam to College Park on Thursday morning -- Adam for work, Maddy to get her nose pierced. I spent the morning working on a Voyager review and watching the awful aftermath of a fire in Silver Spring last night that destroyed an apartment complex when we weren't trying to make the Olympics livestream on the Kindle work on the TV. Adam had a late lunch with my mother while the rest of us watched gymnastics.

We had a very nice evening -- we went out to dinner with Kay, Chris, and their sons at the California Pizza Kitchen by Washingtonian Lake, then we walked partway around the lake to Target so Maddy could get supplies for her piercing. We came home and watched an awesome night of swimming coverage, plus the gymnastics again because those floor routines! Penguins from the Adventure Aquarium in Camden: 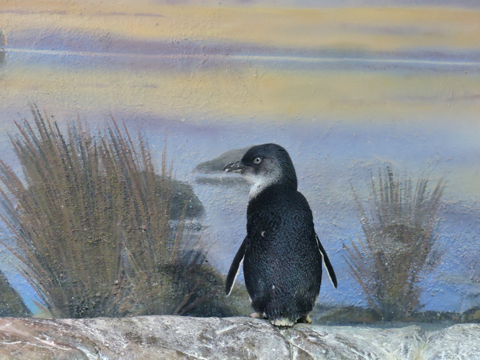 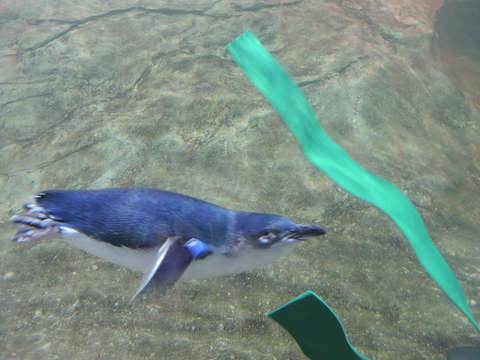 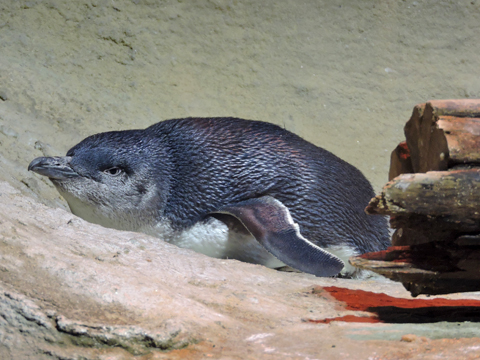 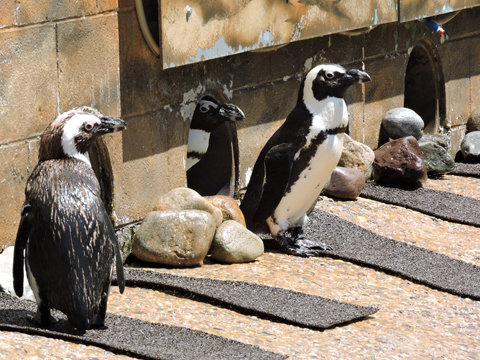 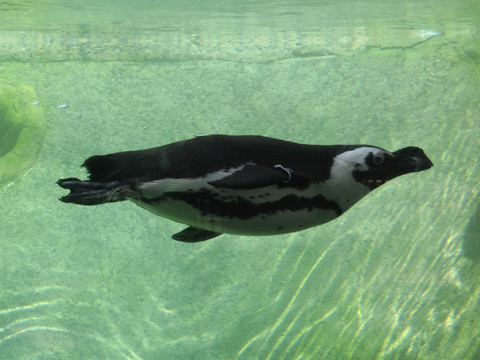