The ploughman ploughs, the fisherman dreams of fish;
Aloft, the sailor, through a world of ropes
Guides tangled meditations, feverish
With memories of girls forsaken, hopes
Of brief reunions, new discoveries,
Past rum consumed, rum promised, rum potential.
Sheep crop the grass, lift up their heads and gaze
Into a sheepish present: the essential,
Illimitable juiciness of things,
Greens, yellows, browns are what they see.
Churlish and slow, the shepherd, hearing wings —
Perhaps an eagle’s–gapes uncertainly;

Too late. The worst has happened: lost to man,
The angel, Icarus, for ever failed,
Fallen with melted wings when, near the sun
He scorned the ordering planet, which prevailed
And, jeering, now slinks off, to rise once more.
But he–his damaged purpose drags him down —
Too far from his half-brothers on the shore,
Hardly conceivable, is left to drown.

Tuesday wasn't all that exciting. Adam's friend Jamie came to visit to meet Maddy and pick up the cat cage she loaned us, back when the kittens were getting used to being in the house and we kept them confined in the living room so the other cats could get used to having them around. Plus she tried to explain the importance of Pokemon Go gym battles to me. I took Maddy to the mall so she could pick up necessities at Sephora and Lush (come on, hygiene is important).

We had veggie burgers for dinner, then Adam and I watched The Singing Detective (the movie, not the miniseries, which I've also never seen). It was both darker and happier in the end than I was expecting; RDJ was even more RDJ than usual; I didn't know Mel Gibson was in it and didn't recognize him for a while; I won't even talk about the women's roles so I don't rant. Instead have some photos of butterflies from the Wings of Fancy exhibit at Brookside this summer: 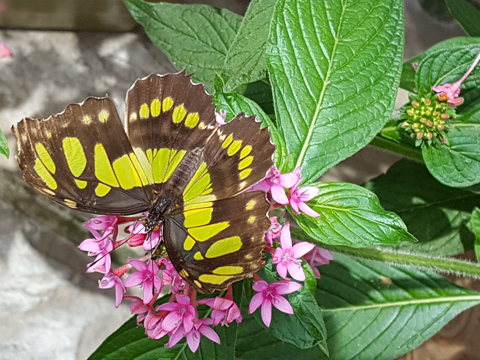 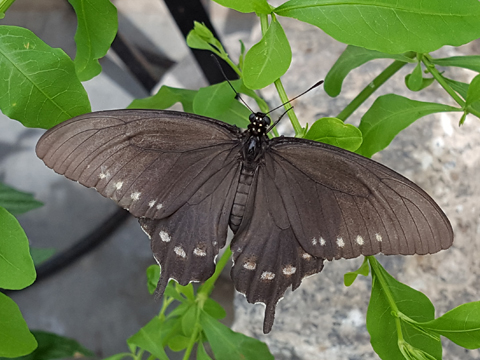 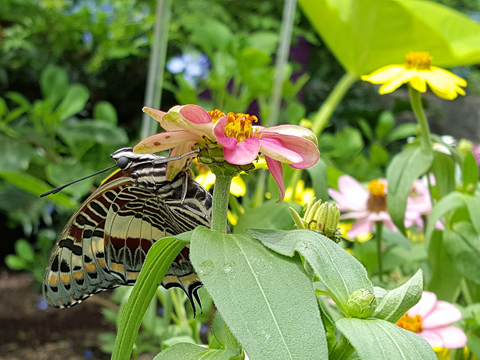 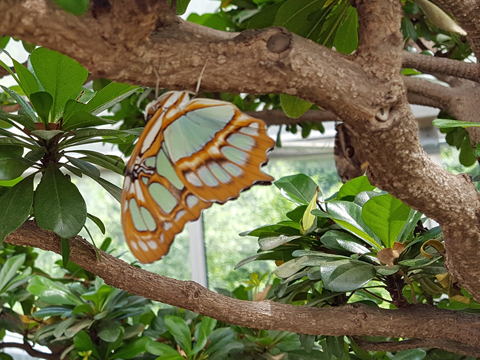 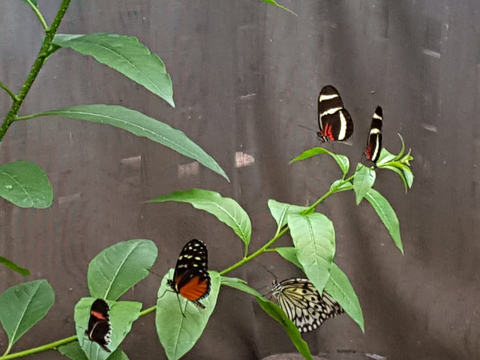 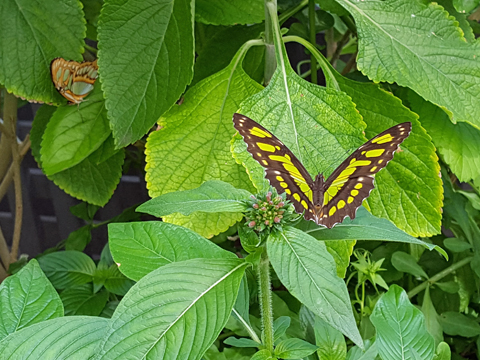