No! those days are gone away
And their hours are old and gray,
And their minutes buried all
Under the down-trodden pall
Of the leaves of many years:
Many times have winter's shears,
Frozen North, and chilling East,
Sounded tempests to the feast
Of the forest's whispering fleeces,
Since men knew nor rent nor leases.

No, the bugle sounds no more,
And the twanging bow no more;
Silent is the ivory shrill
Past the heath and up the hill;
There is no mid-forest laugh,
Where lone Echo gives the half
To some wight, amaz'd to hear
Jesting, deep in forest drear.

On the fairest time of June
You may go, with sun or moon,
Or the seven stars to light you,
Or the polar ray to right you;
But you never may behold
Little John, or Robin bold;
Never one, of all the clan,
Thrumming on an empty can
Some old hunting ditty, while
He doth his green way beguile
To fair hostess Merriment,
Down beside the pasture Trent;
For he left the merry tale
Messenger for spicy ale.

Gone, the merry morris din;
Gone, the song of Gamelyn;
Gone, the tough-belted outlaw
Idling in the "grenè shawe";
All are gone away and past!
And if Robin should be cast
Sudden from his turfed grave,
And if Marian should have
Once again her forest days,
She would weep, and he would craze:
He would swear, for all his oaks,
Fall'n beneath the dockyard strokes,
Have rotted on the briny seas;
She would weep that her wild bees
Sang not to her—strange! that honey
Can't be got without hard money!

I had plans on Sunday to go downtown with my family and Cheryl to see the cherry blossoms, but there are very few cherry blossoms -- the early ones died and the late ones haven't opened yet. So instead after lunch we went to Arclight, where Maddy had to work and the rest of us went to see Logan since Adam hadn't seen it yet and the other three of us were happy to see it again. Despite the violence it may be my favorite X-Men movie since the first, though I feel like it's better appreciated by people who've seen the other eight and know the history of the main characters. It feels shorter than its 2+ hours.

We spotted a bunny when we drove home, so we went for a walk to see it up close. Then we watched the end of the second season and beginning of the third season of Robin of Sherwood, which we need to remember to watch more often because I always enjoy it immensely (I've never seen the whole series before). After Cheryl went home, we had tofurkey roast because it's one of Adam's favorites and watched this week's Madam Secretary which he mocked throughout (which is typical for him watching political shows). From Brookside Gardens last weekend, some snow, the season's first turtle, and some greenhouse family pics: 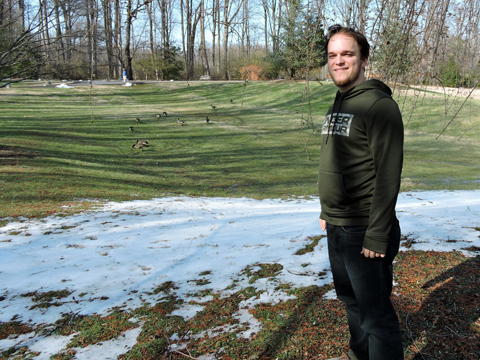 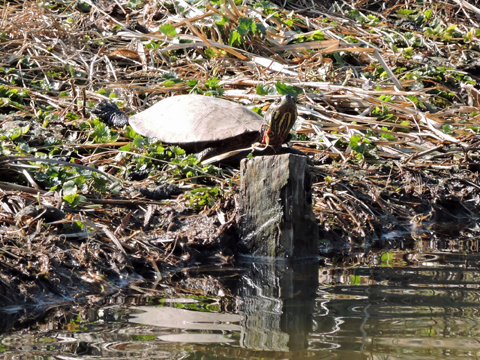 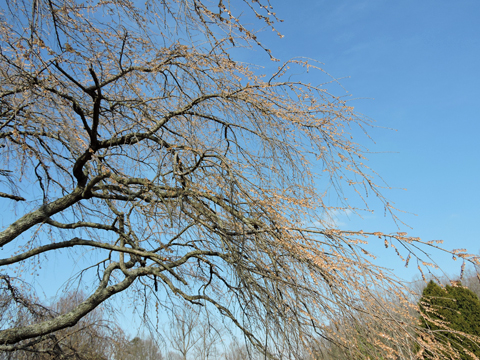 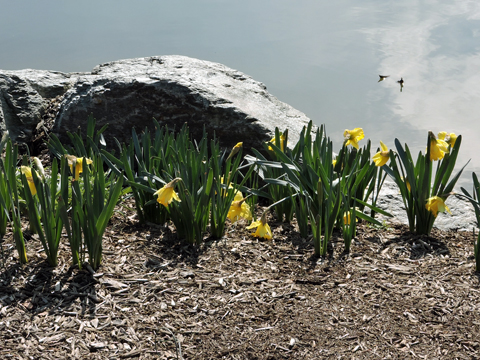 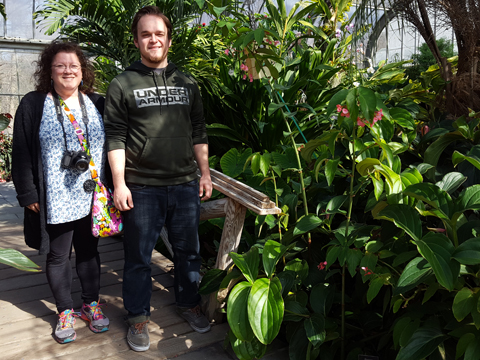 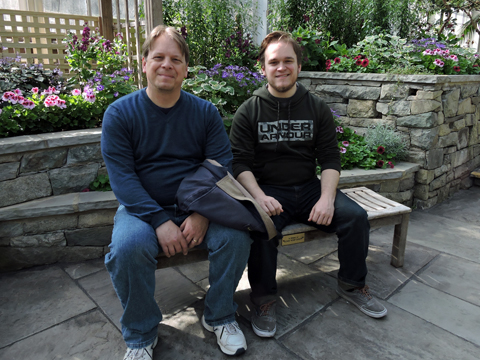