Poem for Wednesday and Huntley Meadows

What did he do except lie
under a pear tree, wrapped in
a great cloak, and meditate
on the heavenly bodies?
Venerable, the good people of Baltimore
whispered, shocked and more than
a little afraid. After all it was said
he took to strong drink.
Why else would he stay out
under the stars all night
and why hadn’t he married?

But who would want him! Neither
Ethiopian nor English, neither
lucky nor crazy, a capacious bird
humming as he penned in his mind
another enflamed letter
to President Jefferson—he imagined
the reply, polite and rhetorical.
Those who had been to Philadelphia
reported the statue
of Benjamin Franklin
before the library

his very size and likeness.
A wife? No, thank you.
At dawn he milked
the cows, then went inside
and put on a pot to stew
while he slept. The clock
he whittled as a boy
still ran. Neighbors
woke him up
with warm bread and quilts.
At nightfall he took out

his rifle—a white-maned
figure stalking the darkened
breast of the Union—and
shot at the stars, and by chance
one went out. Had he killed?
I assure thee, my dear Sir!
Lowering his eyes to fields
sweet with the rot of spring, he could see
a government’s domed city
rising from the morass and spreading
in a spiral of lights....

Benjamin Banneker (1731-1806), first black man to devise an almanac and predict a solar eclipse accurately, was also appointed to the commission that surveyed and laid out what is now Washington, D.C.

It took us a while to get organized on Independence Day -- Adam went to College Park to spend the day and overnight with college friends and some people from work, I worked on organizing the bathroom cabinets, some plans fell through so we made new ones -- but once we went out after lunch, we had a very nice day, primarily at Huntley Meadows Park in Fairfax which we visited after stopping in Tysons to pick up my friend Shalini, whom I've known since the late '90s yet see far too rarely! It was pretty hot out but we saw lots of animals, including many turtles and herons, and though the frogs we could hear all around were hiding, we managed a rare muskrat sighting! 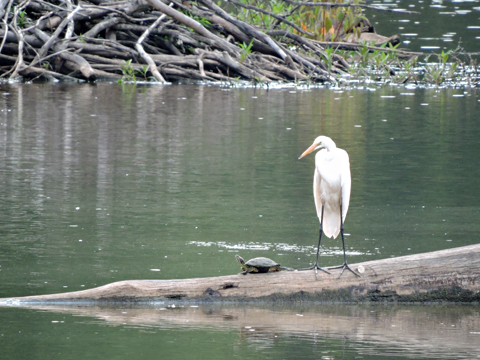 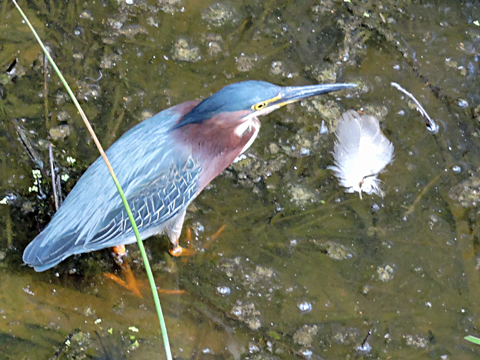 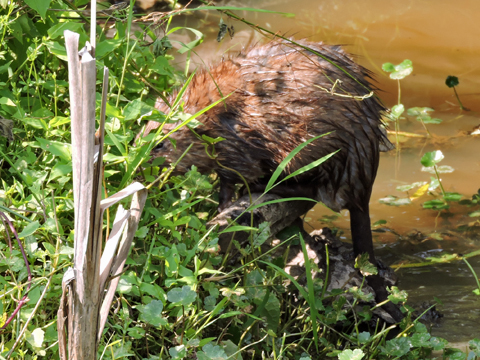 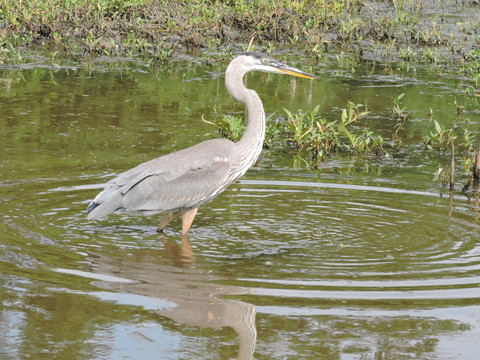 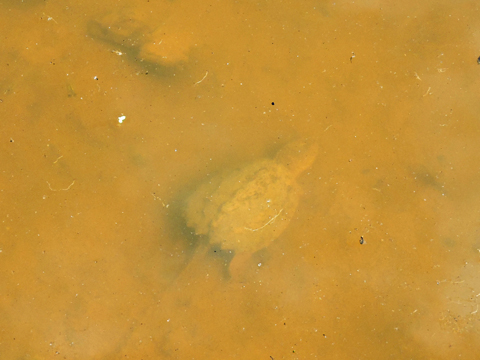 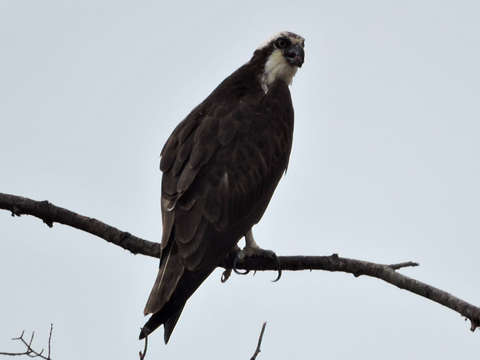 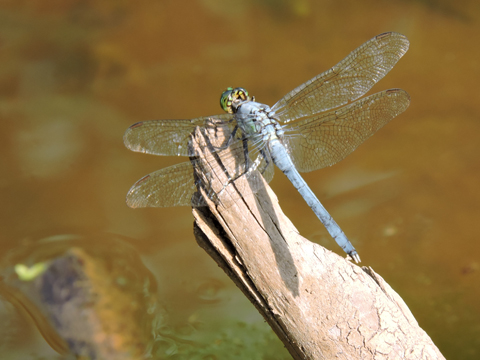 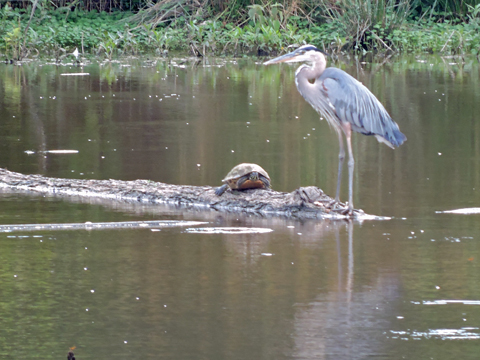 Paul wanted to go to Not Your Average Joe's for dinner for the last night of their lobster roll special, so we went to the one in Reston but they were out of lobster, so he was cranky, though he got a fish sandwich that placated him somewhat. I had their fabulous goat cheese and raspberry salad and I believe Shalini had tuna. After we dropped her off, we made it home in time for most of A Capitol Fourth and the DC fireworks on television (bombastic as always), then we watched this week's Orphan Black which we'd missed while we were in Richmond (not sure I like all of the presumed deaths that have been reversed this season, and they better not hurt Helena).