Whan that Aprill with his shoures soote
The droghte of March hath perced to the roote,
And bathed every veyne in swich licour
Of which vertu engendred is the flour;
Whan Zephirus eek with his sweete breeth
Inspired hath in every holt and heeth
Tendre croppes, and the yonge sonne
Hath in the Ram his halve cours yronne,
And smale foweles maken melodye,
That slepen al the nyght with open ye
(so priketh hem Nature in hir corages);
Thanne longen folk to goon on pilgrimages,
And palmeres for to seken straunge strondes,
To ferne halwes, kowthe in sondry londes;
And specially from every shires ende
Of Engelond to Caunterbury they wende,
The hooly blisful martir for to seke,
That hem hath holpen whan that they were seeke.

Wednesday actually had a couple of hours with no rain here, so I tried to do all my grocery-and-bagels chores before it returned. (Not that I'm complaining, since it looks like Hurricane Florence has decided to make life miserable in the Carolinas instead of barreling up here.) The rest of the day was quite dull but I am pleased to report that all the trip laundry is now washed and folded! Also, Daniel got me watching metal versions of songs from The Greatest Showman.

Having watched The Lion In Winter and being in the mood for more Plantagenets, I checked Amazon Prime and discovered that they were showing Becket, the prequel -- not just about Henry II but even starring Peter O'Toole in that role. It's a less witty drama but still great. Since I can't do what Monet did and paint Mont Saint-Michel in different light, here are photos from one evening and one morning (plus a painting by post-Impressionist Paul Signac for comparison): 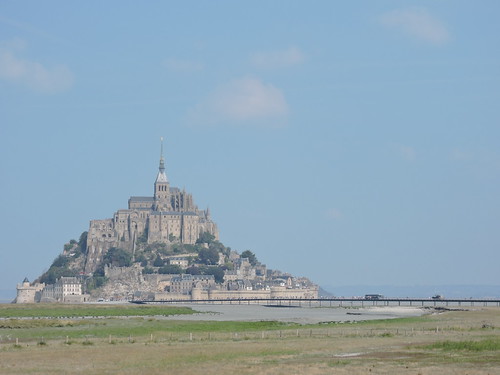 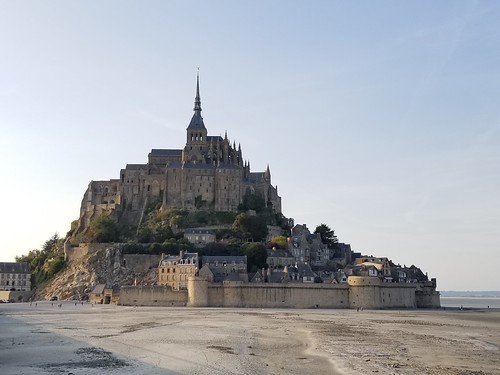 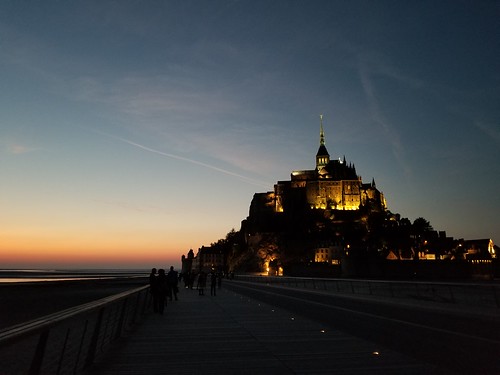 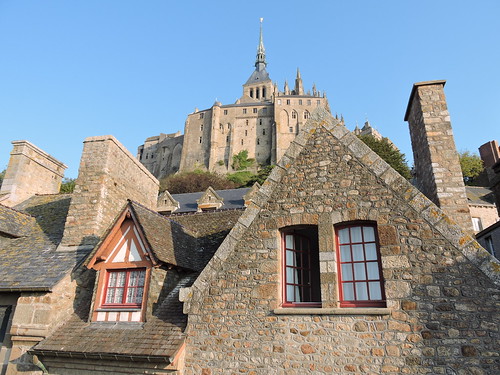 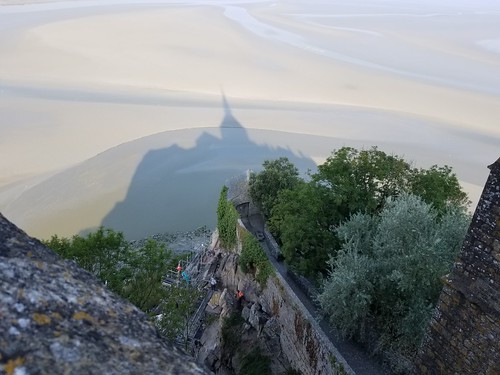 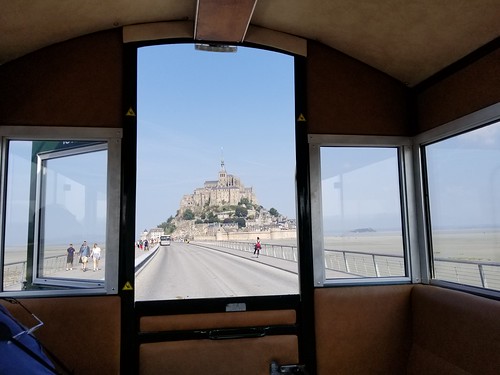 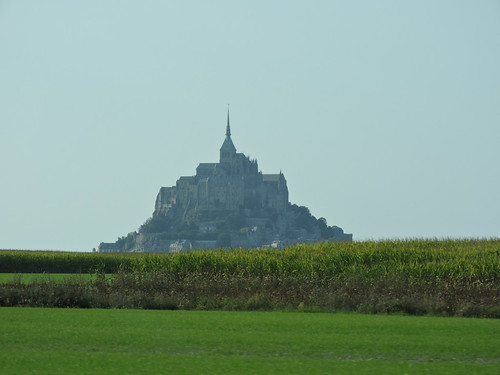 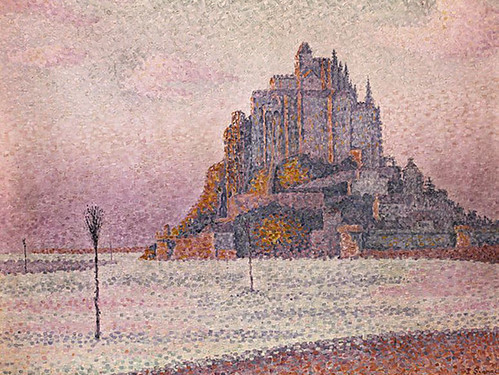