Poem for Thursday and Winter Pigs

All winter she’s been growing more powerful.
Radiant, says the man at the bar.
Voluptuous, says the docent.
Nervy, says God.
All winter her soul has been juddering.
It feels like drinking gold flakes!
The word sleeps inside the stone.
The wind tongues the underside of the lake.
Inside the rifle scope of time, God
teaches her Grounding Techniques
through his emissary, a Certified Therapist.
Beetles bore their dirty traffic into pine trees.
God says, You cling to deixis
like a life raft. Here, you
say. Now, you say. All winter, you say, like it means
something, days crossed off your compulsive
calendar, wind tied to your wrist like
a pet. This dumb hunger for
fixity! I made your cells
to shed, says God. See them
everywhere, everywhere.
She bites her lip till it bleeds.
Who wouldn’t immanentize the eschaton, if they could,
build heaven on earth in the backyard?
She wouldn’t, is who.
Day a slit-throated ewe.
She wears a prayer around her neck
in another language, no clue
what it says.
Who will translate the prayer?
Listen: she loved a happy libertine
and thought that was heaven.
To ground herself
she strips berries from the juniper bushes.
Well, says God,
Alexander the Great dyed his hair
saffron. We are all
made fools in this world.

I had my twice-yearly waterboarding, I mean dentist appointment, on Wednesday, and they insisted that I have a panorama x-ray, so if I die of pneumonia from aspirating my own saliva or thyroid cancer from too many x-rays, you know who to sue. I never hated the dentist this much as a child when it was just scary-looking metal instruments, but those water needles are the worst.

However, since I was five minutes from where niece now lives, I went to visit her and wound up taking her, one of her roommates, and a friend to World Market because several of us had coupons for free holiday ornaments, though I got an extra shiny unicorn and a sparkly fish because who can have too many? We also stopped in Trader Joe's so I also have spicy pepper jack cheese.

Paul had to work very late unexpectedly, so he wasn't home till nearly 9 and we didn't have dinner till nearly 10. Because he kept texting that he'd be here any minute, I didn't put on a movie and instead sat through Christmas in Rockefeller Center and John Legend's Christmas special. Here from Caprikorn Farm are some of the piggies we met there and an interloper: 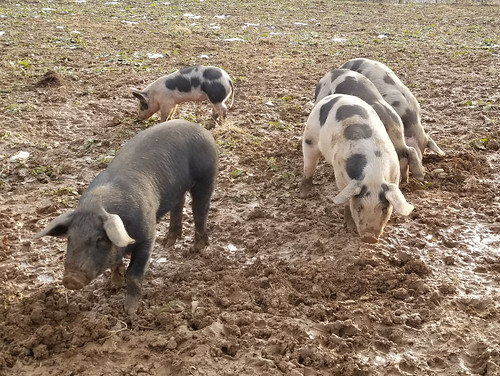 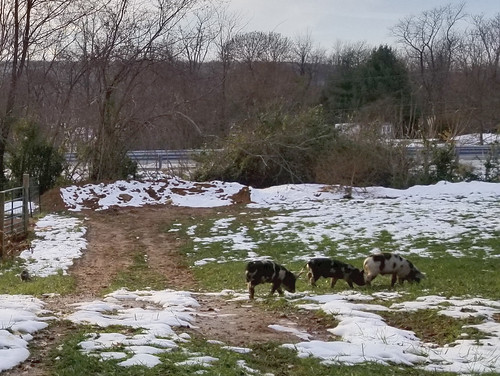 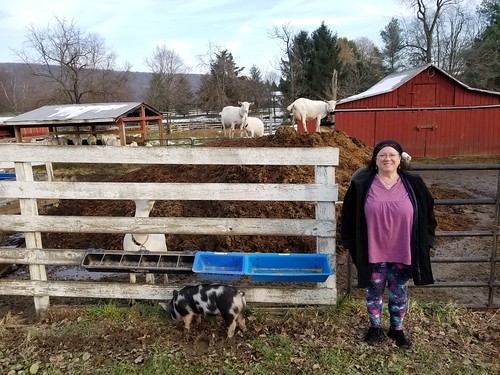 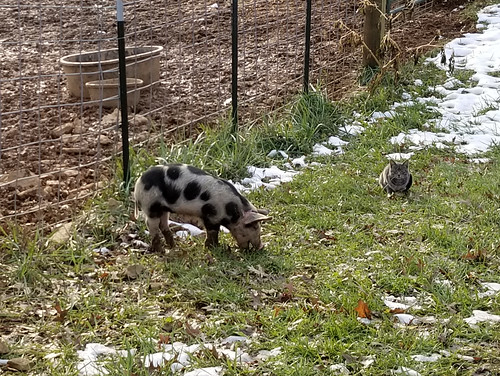 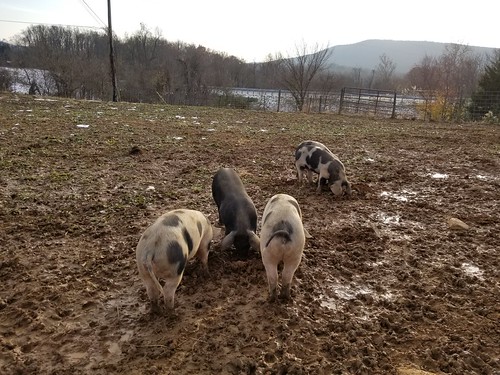 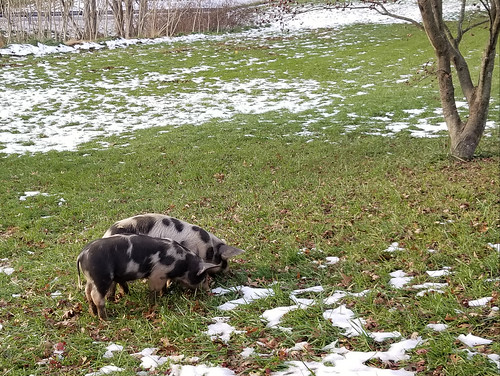 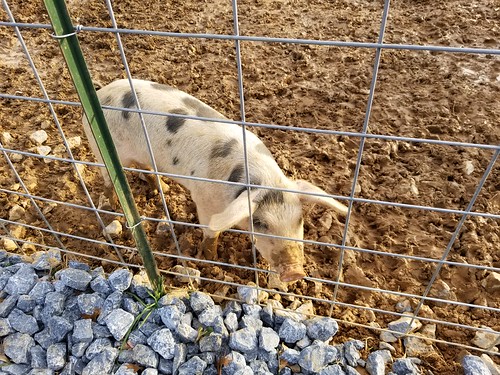 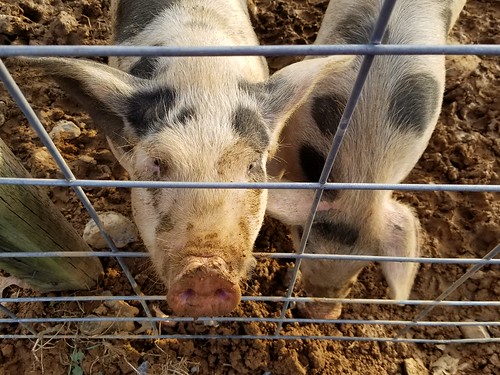