Poem for Friday and Roof Finished

In This World
By Kobayahi Issa
Translated by Robert Hass

In this world
we walk on the roof of hell,
gazing at flowers.

Daniel and Adam went downtown on Thursday (for separate lunch dates, though they rode the Metro together) while we stayed at home waiting for the roof to be finished, and now it is! They did a good job cleaning up the outside, though Daniel's room still needs a lot of work -- like a new ceiling and possibly new carpet. We went to the Silver Diner waiting to go to the Metro, then stopped at Giant on the way home to get stuff to make sundaes because we missed dessert.

Almost by accident because we saw that it was on Amazon Prime, we watched Legend, which I have not seen in a couple of decades so I had not realized how much Peter Jackson swiped from it. Now we're watching the Merlin miniseries with Sam Neill, which has more cheesy fantasy tropes but a great cast. Here is one photo of the new roof (composite, since cedar shakes aren't sustainable and can't be recycled anyway) and another of Effie hiding in a bag: 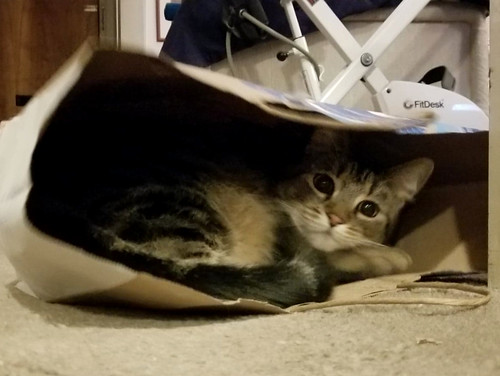 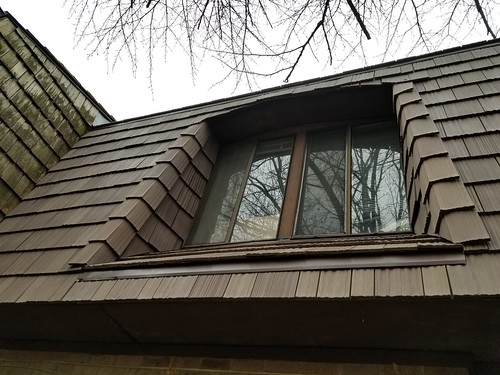