Descent of the Composer
By Airea D. Matthews

When I mention the ravages of now, I mean to say, then.
I mean to say the rough-hewn edges of time and space,
a continuum that folds back on itself in furtive attempts
to witness what was, what is, and what will be. But what

I actually mean is that time and space have rough-hewn edges.
Do I know this for sure? No, I’m no astrophysicist. I have yet
to witness what was, what is, and what will be. But what
I do know, I know well: bodies defying spatial constraint.

Do I know this for sure? No, I’m no scientist. I have yet
to prove that defiant bodies even exist as a theory; I offer
what I know. I know damn well my body craves the past tense,
a planet in chronic retrograde, searching for sun’s shadow.

As proof that defiant bodies exist in theory, I even offer
what key evidence I have: my life and Mercury’s swift orbits, or
two planets in chronic retrograde, searching for sun’s shadow.
Which is to say, two objects willfully disappearing from present view.

Perhaps life is nothing more than swift solar orbits, or dual
folds along a continuum that collapse the end and the beginning,
which implies people can move in reverse, will their own vanishing;
or at least relive the ravages of then—right here, right now.

I wound up back in the mall on Friday after doing a bunch of morning chores because it was raining too hard for me to want to walk in the cold park. So I met people for a Cresselia raid at the Sprint store, then walked around with a bunch of them, had Indian food, did another raid at Starbucks, visited Sears' going-out-of-business sale, and got three pairs of shoes for $30. When Paul got home, we went to dinner with my parents, then came home for Blindspot, which was great (Rich Dotcom makes so many episodes, and Kurt is so much more interesting having a clue), then the Utah-Washington game, which ended well.

Here are large installations at the Museum of the Shenandoah from an exhibit by Virginia artist Terry Ward. The first is called Think Back To Iraq and is meant to reflect the consequences of the Iraq war from the bravery and patriotism of soldiers to the violence and PTSD that followed for many. The second is called Holocaust to commemorate the 70th anniversary of the liberation of the Nazi death camps and includes copies of vintage photographs, passports, even hair to reflect the items taken from victims at the camps as steps in their dehumanization; he did not want to include any Nazi symbols. 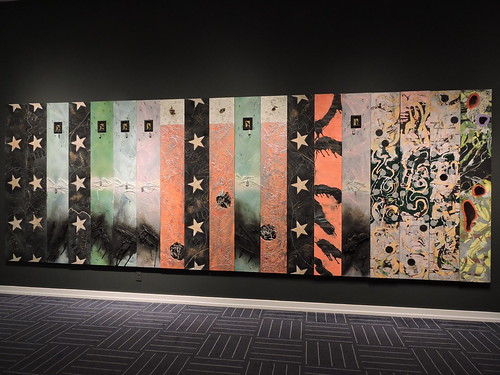 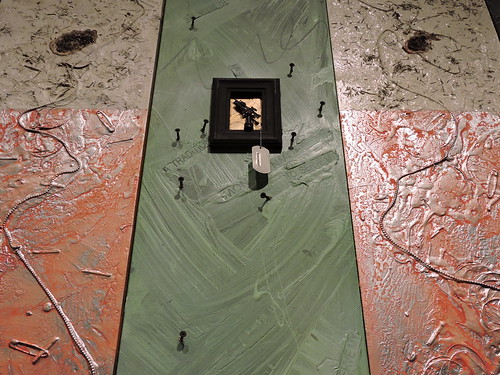 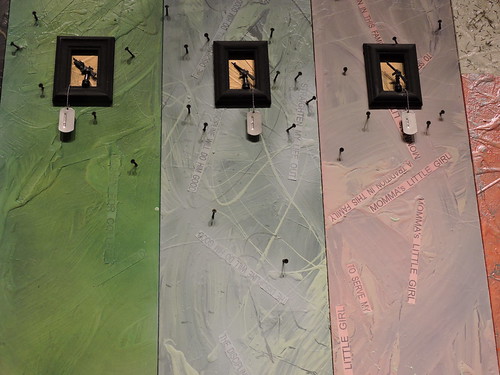 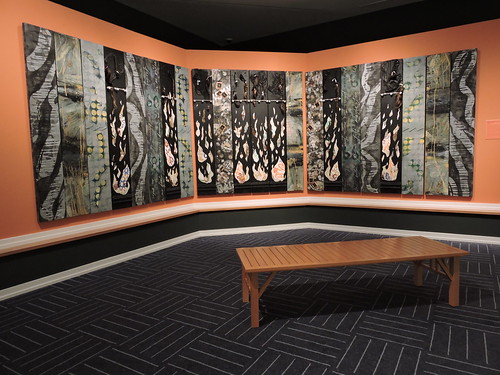 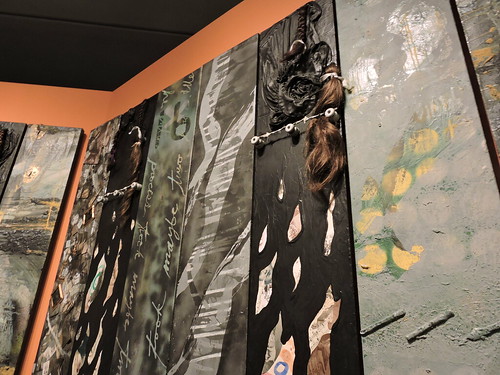