The Wound Dresser
By Walt Whitman

O maidens and young men I love and that love me,
What you ask of my days those the strangest and sudden your talking recalls,
Soldier alert I arrive after a long march cover’d with sweat and dust,
In the nick of time I come, plunge in the fight, loudly shout in the rush of successful charge,
Enter the captur’d works-yet lo, like a swift-running river they fade,
Pass and are gone they fade-I dwell not on soldiers’ perils or soldiers’ joys,
(Both I remember well-many the hardships, few the joys, yet I was content.)

But in silence, in dreams’ projections,
While the world of gain and appearance and mirth goes on,
So soon what is over forgotten, and waves wash the imprints off the sand,
With hinged knees returning I enter the doors, (while for you up there,
Whoever you are, follow without noise and be of strong heart.)

Bearing the bandages, water and sponge,
Straight and swift to my wounded I go,
Where they lie on the ground after the battle brought in,
Where their priceless blood reddens the grass the ground,
Or to the rows of the hospital tent, or under the roof’d hospital,
To the long rows of cots up and down each side I return,
To each and all one after another I draw near, not one do I miss,
An attendant follows holding a tray, he carries a refuse pail,
Soon to be fill’d with clotted rags and blood, emptied, and fill’d again.

I onward go, I stop,
With hinged knees and steady hand to dress wounds,
I am firm with each, the pangs are sharp yet unavoidable,

One turns to me his appealing eyes- poor boy! I never knew you,
Yet I think I could not refuse this moment to die for you, if that would save you.

I spent most of the day with a friend who had an appointment for a MRI at Walter Reed National Military Medical Center, and since she's as claustrophobic as I am but couldn't have an open MRI, I told her I'd drive her so she could relax. We had lunch at the mall at Mirch Masala and stopped in stores -- we may have tried on too many perfumes at Sephora -- then I got a brief walking tour of the hospital, which I have never been able to enter before, though it's right across from NIH.

I did some reading and played some Pokemon while she was with doctors -- lots of people in uniform were purifying Team Rocket Dratini with me -- then she came back here for dinner (Paul made barley stew for Lughnasadh), so I had a nice day with her though I'm sure she wishes we'd spent more of it doing something else! We watched Elementary after she went home and I am worried how they're going to wrap up the series. Here are a few photos from the public areas of Walter Reed: 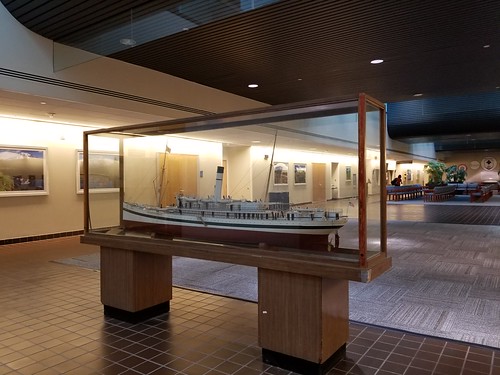 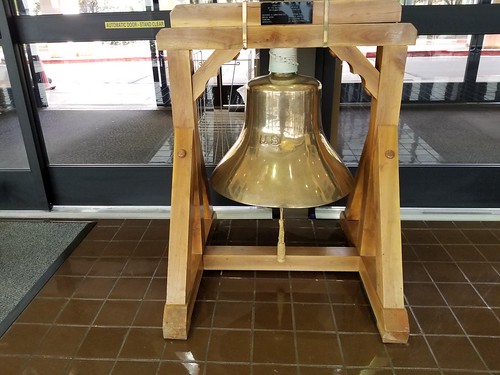 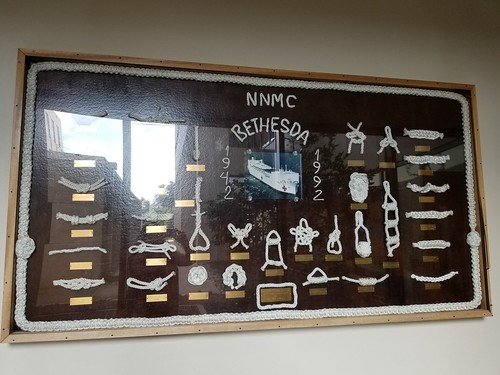 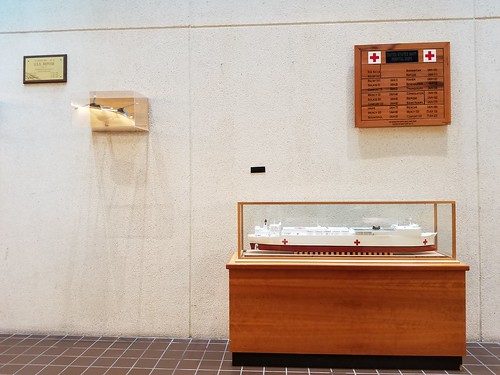 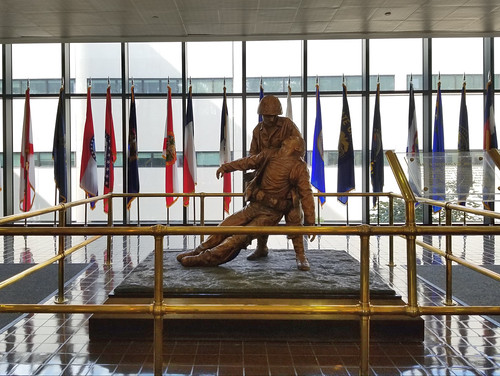 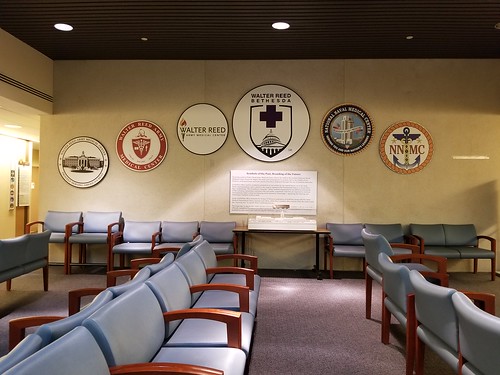