Poem for Wednesday and Wizarding Bank

From "Goblin Market"
By Christina Rossetti

Laugh'd every goblin
When they spied her peeping:
Came towards her hobbling,
Flying, running, leaping,
Puffing and blowing,
Chuckling, clapping, crowing,
Clucking and gobbling,
Mopping and mowing,
Full of airs and graces,
Pulling wry faces,
Demure grimaces,
Cat-like and rat-like,
Ratel- and wombat-like,
Snail-paced in a hurry,
Parrot-voiced and whistler,
Helter skelter, hurry skurry,
Chattering like magpies,
Fluttering like pigeons,
Gliding like fishes,—
Hugg’d her and kiss’d her:
Squeez'd and caress’d her:
Stretch'd up their dishes,
Panniers, and plates:
"Look at our apples
Russet and dun,
Bob at our cherries,
Bite at our peaches,
Citrons and dates,
Grapes for the asking,
Pears red with basking
Out in the sun,
Plums on their twigs;
Pluck them and suck them,
Pomegranates, figs."

My day before Yom Kippur was not exciting, though I also wasn't particularly introspective -- anytime I try to think Deep Thoughts these days, I start thinking about the environment and the border and the suspension of the Constitution by people sworn to uphold it, and how I can't even read the Twitter and Facebook pages of people I like because even though we basically believe the same things, there's so much hate for candidates they still swear they'll vote for in the general if they can't knock them out in the primary, and I can feel my blood pressure shooting up. So I try only to think about things while I'm doing something productive.

The weather was lovely again -- a bit of drizzle but mostly overcast and cool, very autumnal. There was a Mewtwo raid hour just before dinnertime, at which I caught shiny Mewtwos, then leftover Asian food from Sunday (I'm not fasting because it gives me migraines to drop my blood sugar that much and that does not make me feel like atoning for anything). We watched the season premiere of The Flash, which was okay, and the newest episode of Emergence, which doubled its overnight ratings in weekly viewings so maybe it's okay that it's giving up its secrets so slowly. From Chestertown's wizarding festival, here's the goblin bank: 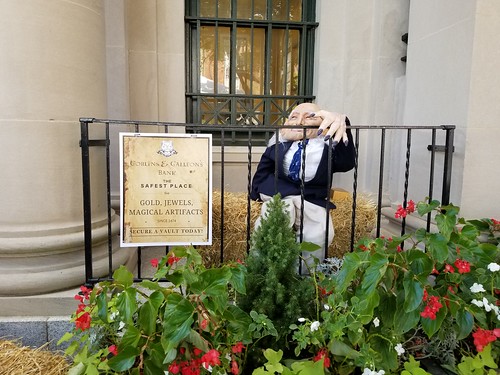 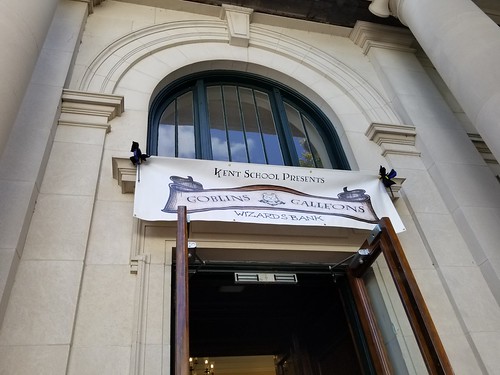 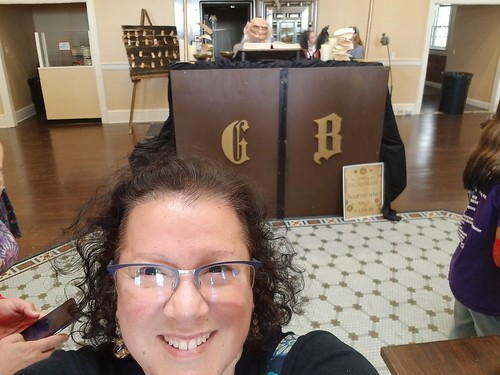 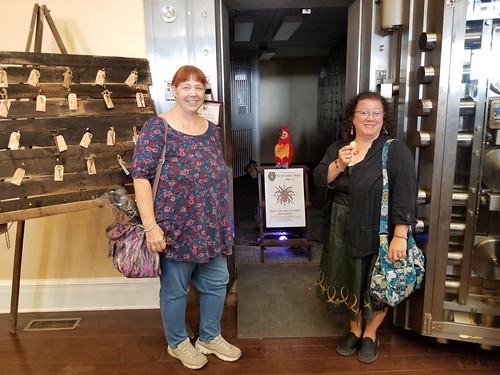 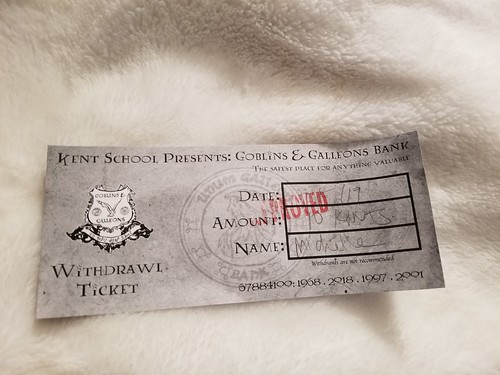 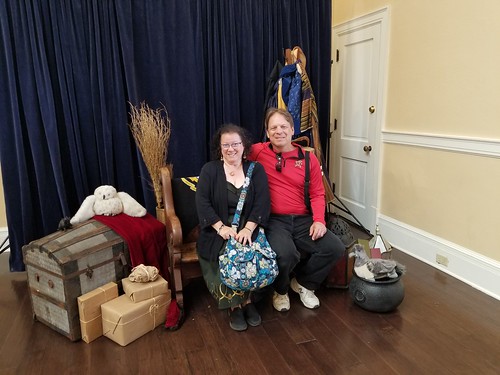 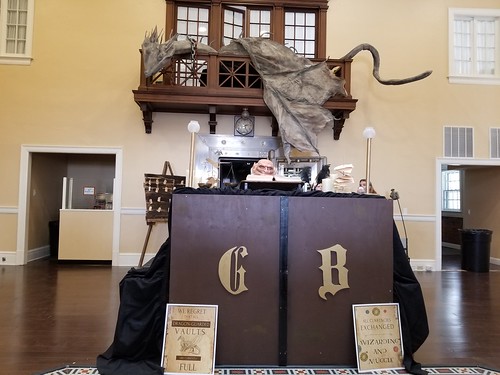 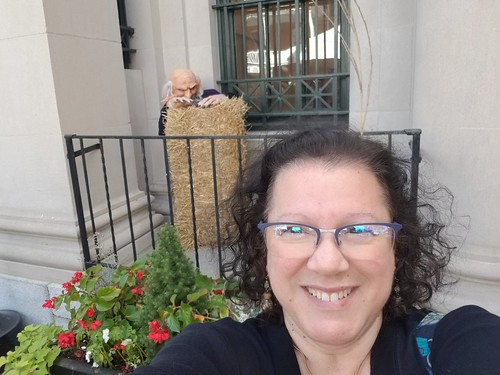