Poem for Sunday and Family Afternoon

The morns are meeker than they were -
The nuts are getting brown -
The berry's cheek is plumper -
The rose is out of town.

The maple wears a gayer scarf -
The field a scarlet gown -
Lest I sh'd be old-fashioned
I'll put a trinket on.

On Saturday we drove up to Hanover to see Paul's parents, with whom we had lunch at Lu Hibachi Buffet, then we celebrated Cinda's birthday a few days early at their house. We left early enough to hike out to Hog Rock on Catoctin before driving home while we listened to the Maryland game (which did not end well, but they played Michigan State decently, so that was good). 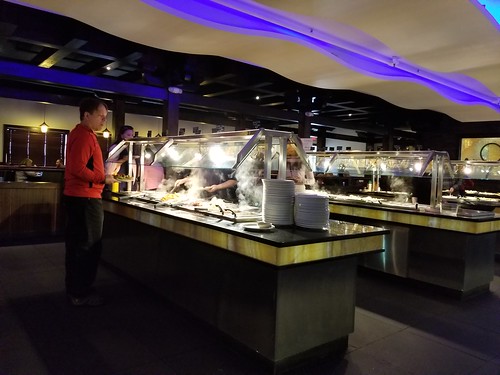 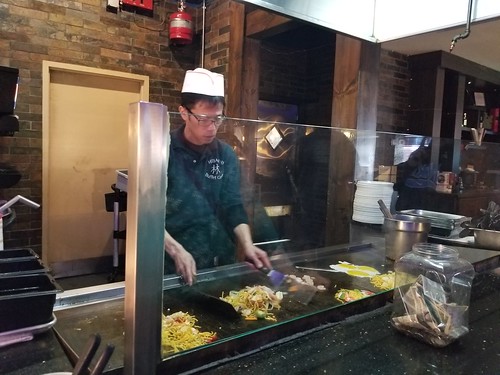 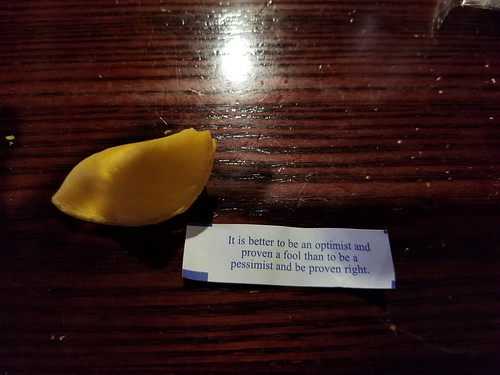 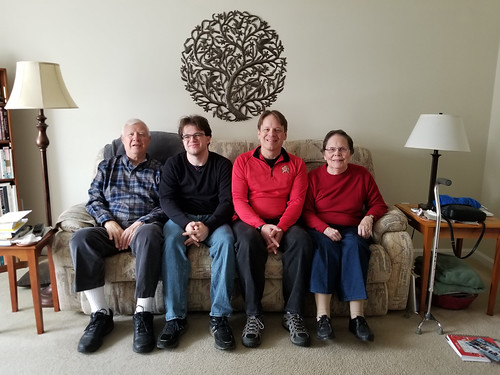 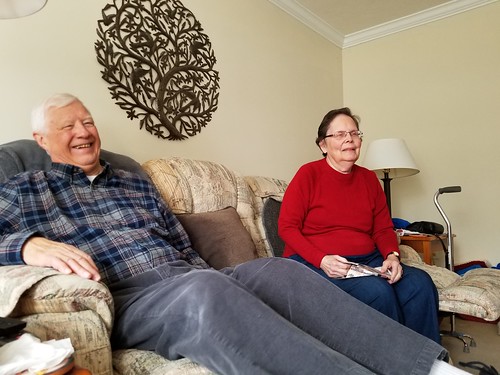 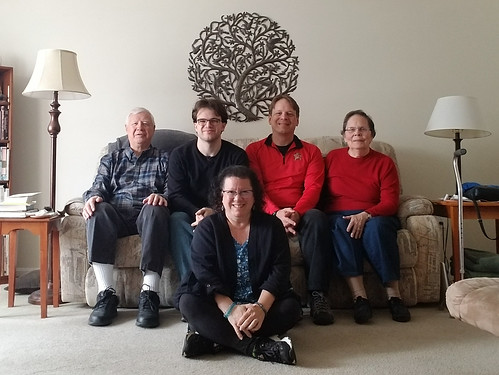 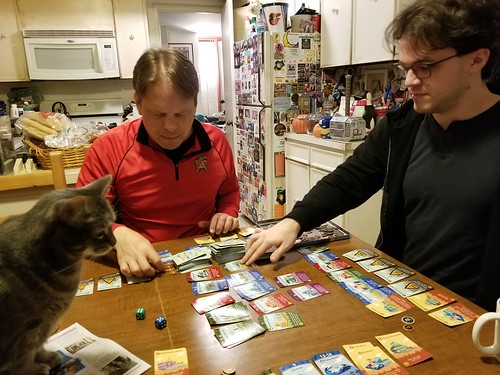 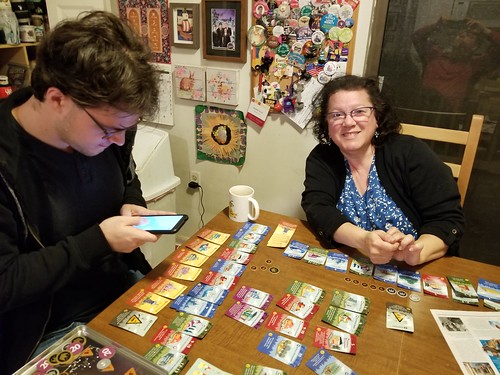 We weren't very hungry for dinner, so we had bagels while playing Machi Koro, though the cards had to be protected from Katniss who wanted to play too. Then we watched the rest of Brian's Song (well acted, sad, racial slurs so dated that there were several bleeps), followed by Solo because Daniel had not seen it: it's not great, but it's not in the bottom two of Star Wars movies either!