Poem for Tuesday and Strathmore Home

sometimes the deaf
hear better than the blind

some men
when they first
heard her sing

were only attracted
to the flower in her hair

I spent an insane amount of Monday reorganizing my camera stuff. After having saved for two years for a really powerful superzoom, I decided once I got it that since it was just as heavy as my DSLR with the 18-200 lens, I should actually take the DSLR out more often. So I bought new batteries and a new double charger, plus a little USB card reader that lets me send photos to my phone without needing a camera with wi-fi, and I needed convenient places to grab them from if a bird appeared on the deck or something. So by the time I was done throwing out the boxes my phones came in 10 years ago and things like that, I was more organized but no one besides me would think anything was neater!

It rained pretty much all day, so I only took a short walk and was otherwise fairly boring, though I set up a new scratching post for the cats so they would disagree with that assessment. We caught up on last night's Doctor Who, which I liked intermittently, though I don't understand how the Doctor continues to be so insensitive to the humans she claims to care about when they have fears about health or death -- not wanting to get to attached is one thing, but sometimes she's just obtuse compared to, say, Ten -- plus we watched The New Pope, which is such insane, glorious crack that I can't look away. From the Strathmore mansion yesterday, some of the works in the Home exhibit: 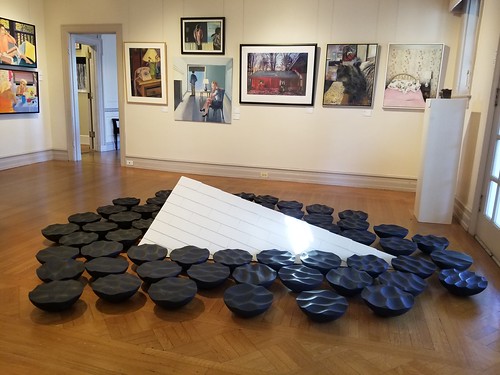 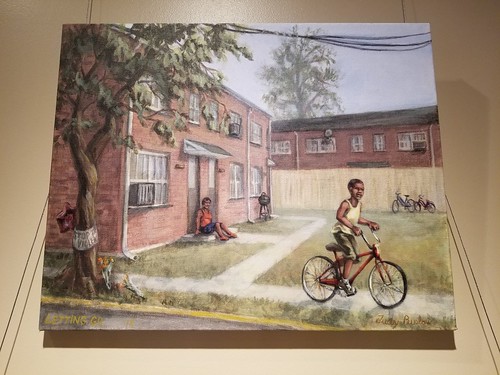 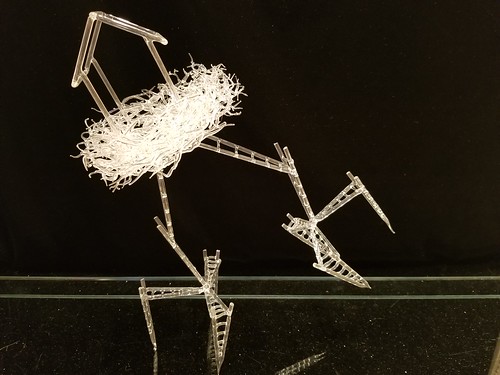 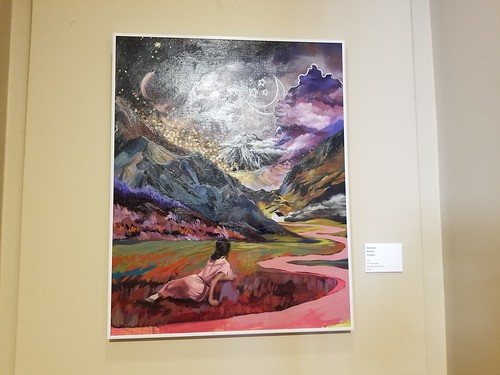 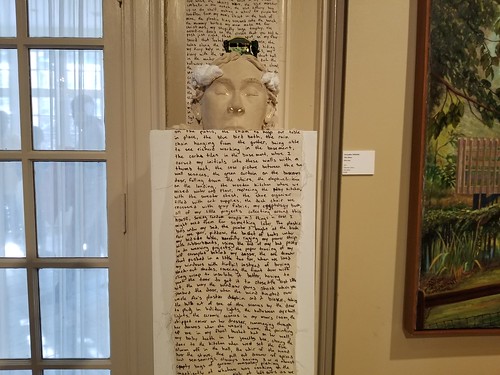 This House by Alexandra Mihalski 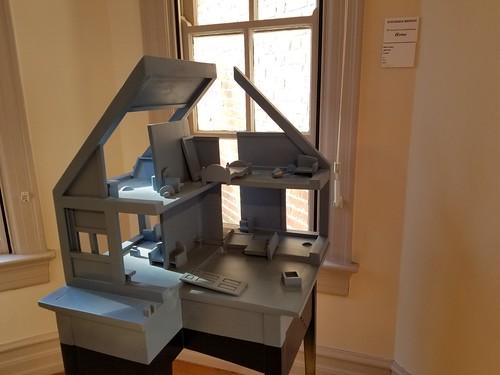 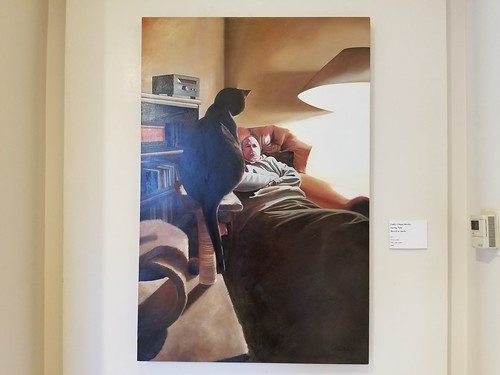 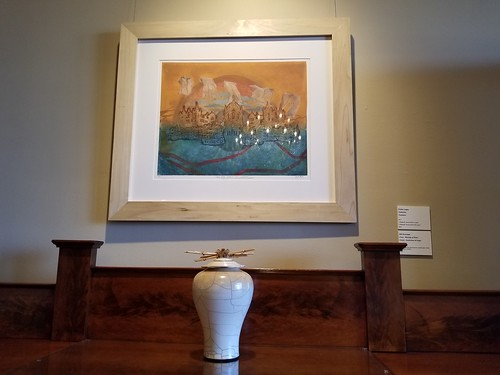 Clothesline by Trisha Gupta and Grace: Blessings of Home by MH Rowland