Poem for Sunday and Local Color

Weed, moss-weed,
root tangled in sand,
sea-iris, brittle flower,
one petal like a shell
is broken,
and you print a shadow
like a thin twig.

Fortunate one,
scented and stinging,
rigid myrrh-bud,
camphor-flower,
sweet and salt—you are wind
in our nostrils.

Do the murex-fishers
drench you as they pass?
Do your roots drag up colour
from the sand?
Have they slipped gold under you—
rivets of gold?

Band of iris-flowers
above the waves,
you are painted blue,
painted like a fresh prow
stained among the salt weeds.

Not the most exciting Saturday morning -- snuggling with cats who were not pleased about the cold front though at least we got no snow here unlike north of us, putting away laundry, scanning more photos, getting bagels delivered and eating one for lunch. Then we took a walk to make sure the flowers were surviving the weather and discovered that a little bird had built a nest and laid eggs in our bird feeder, which we discovered when we went to refill it so I guess it's not getting refilled for a while!

We Skyped with Paul's family (parents, both brothers, most nephews, with cameos by my parents and kids who were both busy but they dropped in), so that was fun, then we had leftovers for a quick dinner before we were going to catch up on The Flash but it was so boring that we stopped after one episode for some more Hollywood, which is merely preposterous and occasionally offensive. Now we're watching the more entertaining SNL. Some of our local irises hanging on through the cold snap: 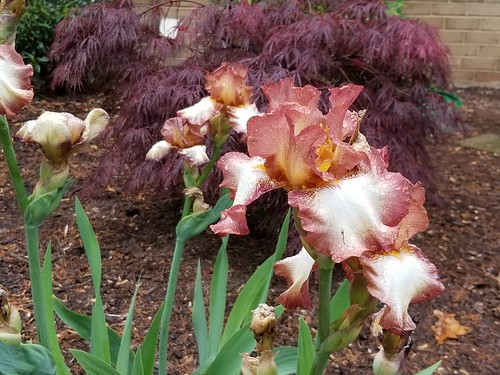 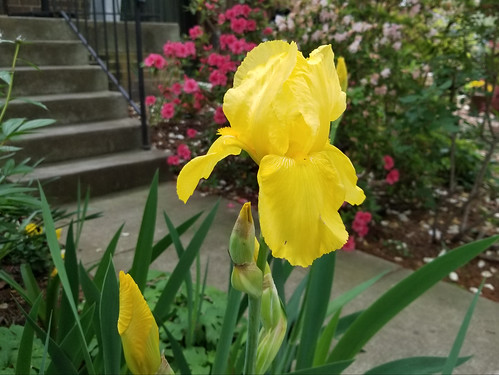 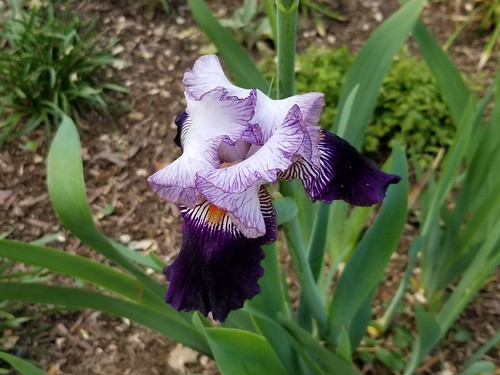 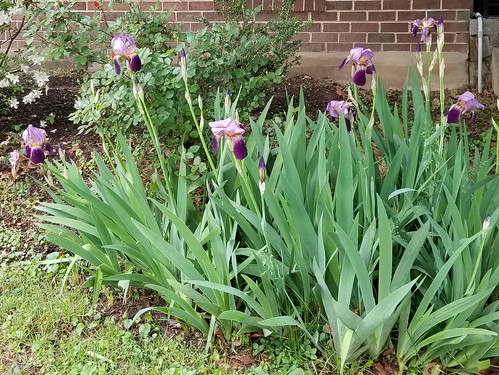 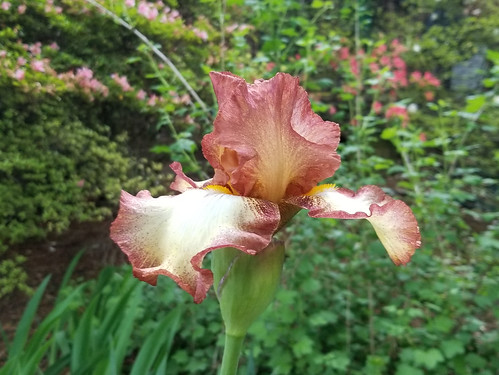 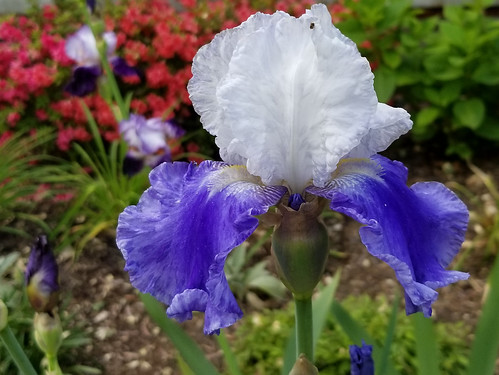