A Few Lines from Rehoboth Beach
By Fleda Brown

Dear friend, you were right: the smell of fish and foam
and algae makes one green smell together. It clears
my head. It empties me enough to fit down in my own

skin for a while, singleminded as a surfer. The first
day here, there was nobody, from one distance
to the other. Rain rose from the waves like steam,

dark lifted off the dark. All I could think of
were hymns, all I knew the words to: the oldest
motions tuning up in me. There was a horseshoe crab

shell, a translucent egg sack, a log of a tired jetty,
and another, and another. I walked miles, holding
my suffering deeply and courteously, as if I were holding

a package for somebody else who would come back
like sunlight. In the morning, the boardwalk opened
wide and white with sun, gulls on one leg in the slicks.

Cold waves, cold air, and people out in heavy coats,
arm in arm along the sheen of waves. A single boy
in shorts rode his skimboard out thigh-high, making

intricate moves across the March ice-water. I thought
he must be painfully cold, but, I hear you say, he had
all the world emptied, to practice his smooth stand.

It was slightly cooler on Thursday but stickier until evening, when thunderstorms rolled through and made the cats hide down the basement. It was a pretty quiet day here of writing and scanning and following the protests and catching up on speeches and talks with late night hosts. We took a walk in the late afternoon and it was apparently too sticky even for the frog, let alone the bunnies and deer.

I got the laundry folded, we had leftovers for dinner, and we watched our new usual Thursday lineup, Burden of Truth (a little slow this season) and Blindspot (a little frenetic this season but some nice Reade/Zapata backstory this week). I really, really wish I could go to the beach, any beach, so here are some photos from a family trip in 1977 with cousins and the first camera I ever owned: 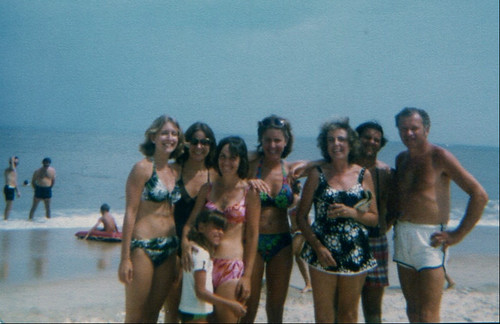 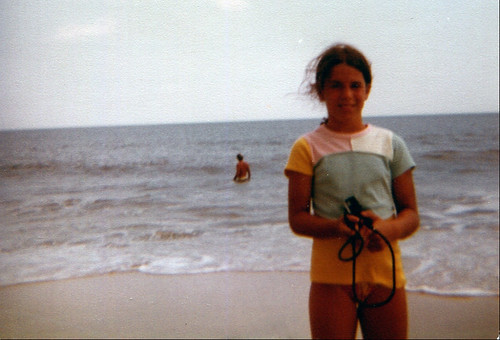 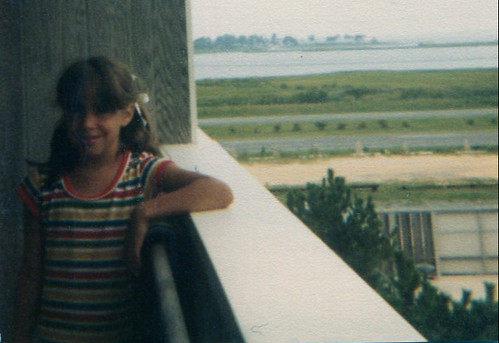 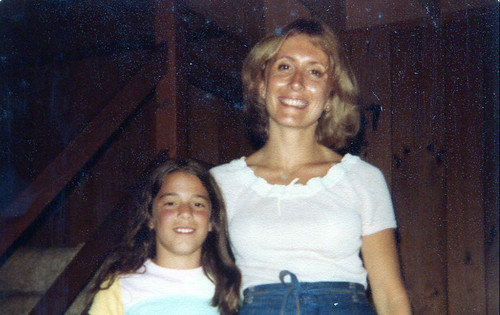 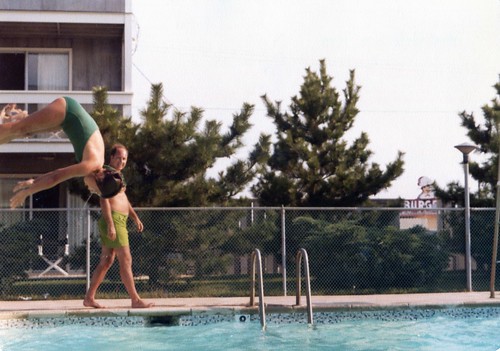 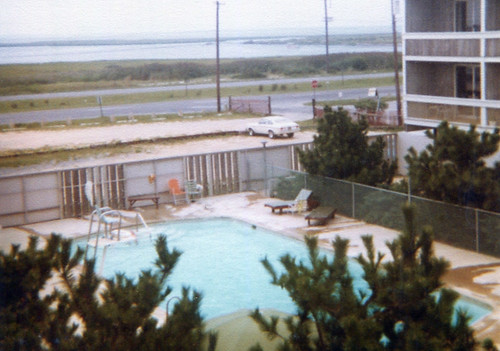 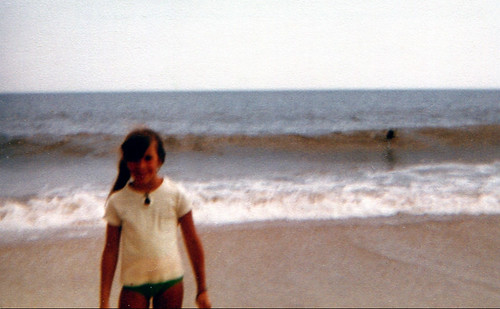