Poem for Sunday and Blueberry Picking

I'm talking to you old man.
Listen to me as you step inside this garden
to fill a breakfast bowl with blueberries
ripened on the bushes I'm planting now,
twenty years back from where you’re standing.
It's strictly a long-term project—first year
pull off the blossoms before they open,
second year let them flower, watch the bees
bobbing in every bonnet,
but don’t touch the fruit till year three,
and then only sample a handful or two . . .
Old man I'm doing this for you!
You know what they say about blueberries:
blood-cleansing, mood-lifting memory-boosters;
every bush a little fountain of youth
sparkling with flavonoids, anthocyanin . . .
I've spent all summer clearing brush
sawing locust poles for the frames,
digging in mounds of pine needles, bales of peat moss—
I thought I'd do it while I still could.
You can do something for me in turn:
think about the things an old man should;
things I've shied away from, last things.
Care about them only don't care too
(you'll know better than I do what I mean
or what I couldn’t say, but meant).
Reconcile, forgive, repent,
but don't go soft on me; keep the faith,
our infidels' implicit vow:
"not the hereafter but the here and now  . . . "
Weigh your heart against the feather of truth
as the Egyptians did, and purge its sin,
but for your own sake, not your soul's.
And since the only certain
eternity’s the one that stretches backward,
look for it here inside this garden:
Blueray, Bluecrop, Bluetta, Hardy Blue;
little fat droplets of transubstantiate sky,
each in its yeast-misted wineskin, chilled in dew.
This was your labor, these are the fruits thereof.
Fill up your bowl old man and bring them in.

We got tickets to go pick blueberries and cherries at Butler's Orchard on Saturday -- all sold online in advance, so people can drive right to the field, pick up their containers and go pick at an easy social distance -- so although it was quite hot, we had a nice afternoon picking berries and seeing goats from the car while driving past the farm. 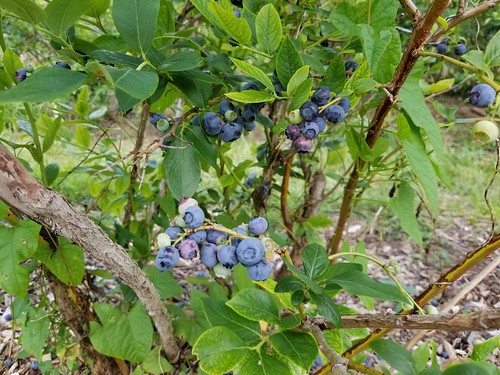 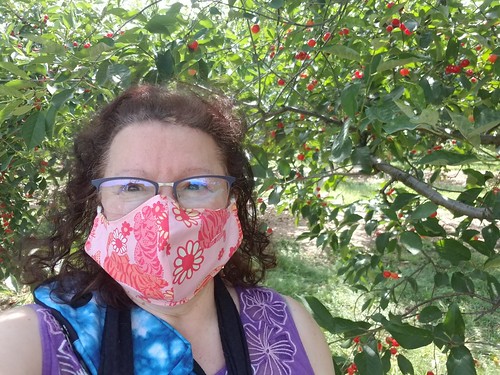 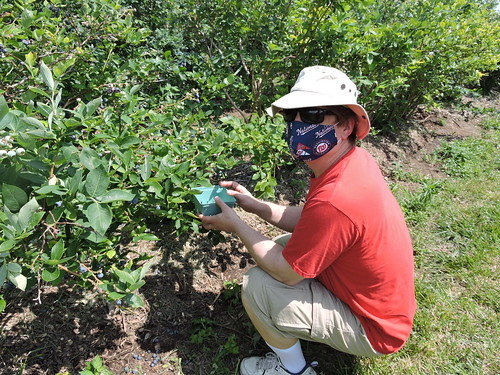 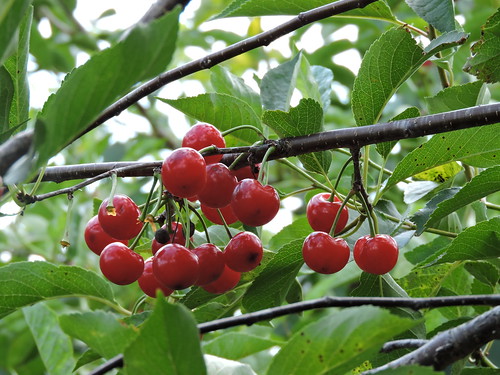 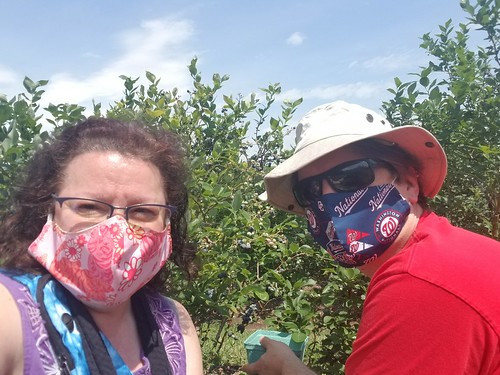 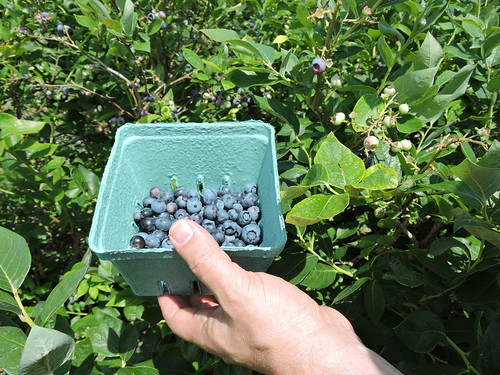 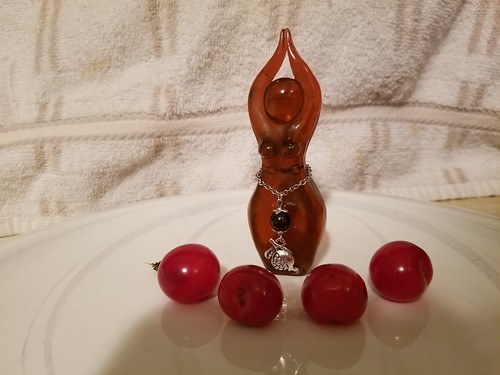 We took a walk and ate Thai food with my parents and saw deer wander right through their backyard, too. After Skyping the kids, we came home and watched Official Secrets, which my father had seen and liked; we liked it too, with many great British actors, though I felt Gun was more talked to and about than allowed to speak in the second half.