Poem for Tuesday and Split-Rocker

See, the grass is full of stars,
Fallen in their brightness;
Hearts they have of shining gold,
Rays of shining whiteness.

Buttercups have honeyed hearts,
Bees they love the clover,
But I love the daisies' dance
All the meadow over.

Blow, O blow, you happy winds,
Singing summer's praises,
Up the field and down the field
A-dancing with the daisies.

Monday was quiet around here. I scanned an album of photos from a trip my family took to Barbados in 1980, did some laundry, and tried to figure out whether there is anywhere we can go for our 30th anniversary in two days that will be both fun and safe.

In the evening we watched Ad Astra, which was an engaging drama but wasn't great as a sci-fi movie (trying hard enough to be realistic that when the science was ridiculous, I noticed, as opposed to something like Star Trek where I ignore the speed of warp drive).

Here are some photos from Glenstone of Split-Rocker by Jeff Koons, which we saw this weekend in full bloom, though the second photos is from when we visited in February for comparison -- birds were nesting in the stuffing, but there was no greenery coming out of it: 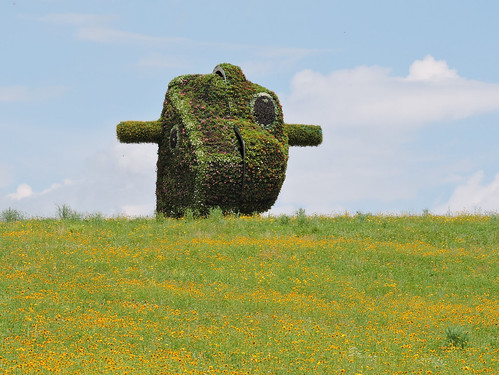 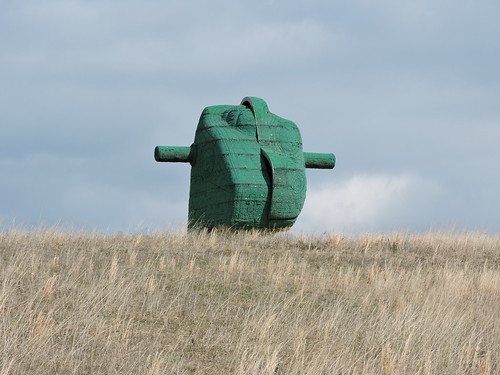 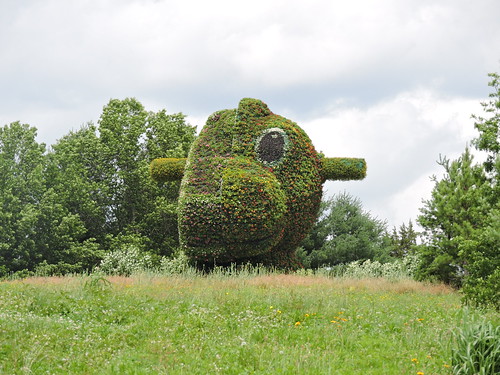 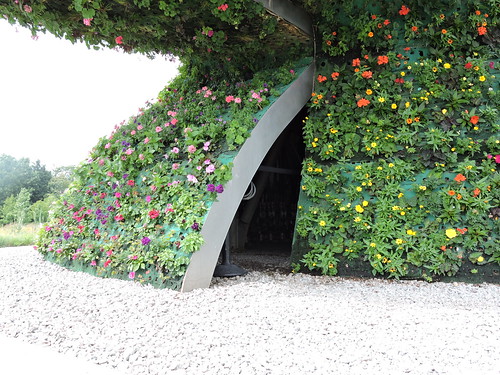 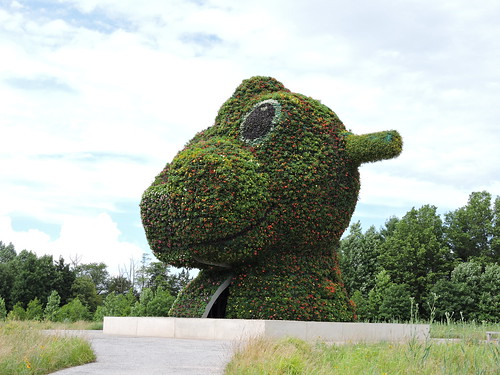 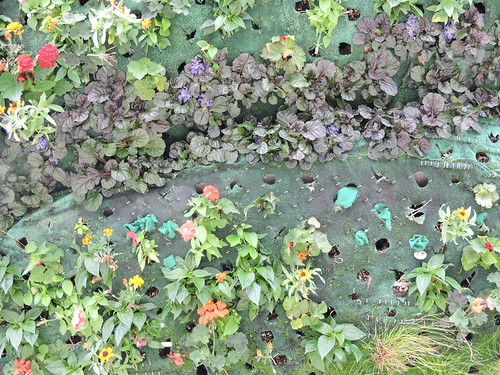 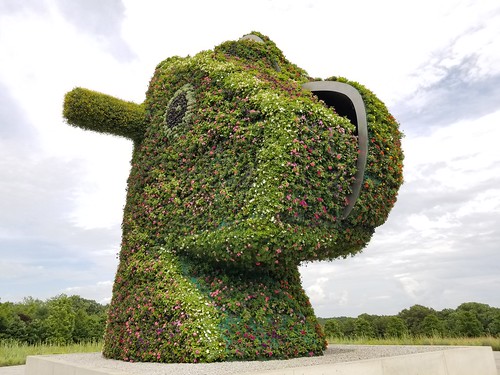 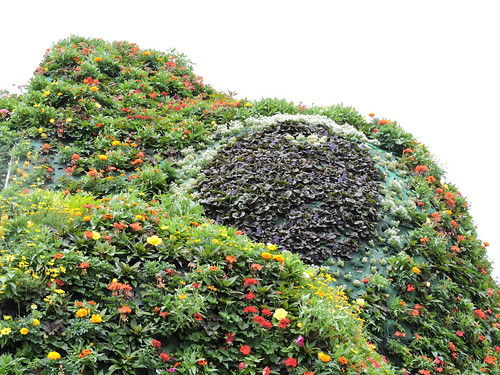