Poem for Wednesday and Fire Haze

Can you imagine the air filled with smoke?
It was. The city was vanishing before noon
or was it earlier than that? I can't say because
the light came from nowhere and went nowhere.

This was years ago, before you were born, before
your parents met in a bus station downtown.
She'd come on Friday after work all the way
from Toledo, and he'd dressed in his only suit.

Back then we called this a date, some times
a blind date, though they'd written back and forth
for weeks. What actually took place is now lost.
It's become part of the mythology of a family,

the stories told by children around the dinner table.
No, they aren't dead, they're just treated that way,
as objects turned one way and then another
to catch the light, the light overflowing with smoke.

Go back to the beginning, you insist. Why
is the air filled with smoke? Simple. We had work.
Work was something that thrived on fire, that without
fire couldn't catch its breath or hang on for life.

We came out into the morning air, Bernie, Stash,
Williams, and I, it was late March, a new war
was starting up in Asia or closer to home,
one that meant to kill us, but for a moment

the air held still in the gray poplars and elms
undoing their branches. I understood the moon
for the very first time, why it came and went, why
it wasn't there that day to greet the four of us.

Before the bus came a small black bird settled
on the curb, fearless or hurt, and turned its beak up
as though questioning the day. "A baby crow,"
someone said. Your father knelt down on the wet cement,

his lunchbox balanced on one knee and stared quietly
for a long time. "A grackle far from home," he said.
One of the four of us mentioned tenderness,
a word I wasn't used to, so it wasn't me.

The bus must have arrived. I'm not there today.
The windows were soiled. We swayed this way and that
over the railroad tracks, across Woodward Avenue,
heading west, just like the sun, hidden in smoke.

All day Tuesday I thought it was Wednesday, so I tried to get on a call with high school friends that wasn't happening till the next day and I nearly forgot to get on a call with Trekkie friends in the early evening. And I managed not to get the laundry folded and various other things that should have gotten done. I blame it on the fact that the smoke currently choking my kids has reached this coast, making the sky hazy all day and the sunset bright orange, and giving me a bit of a headache and itchy eyes and nose. 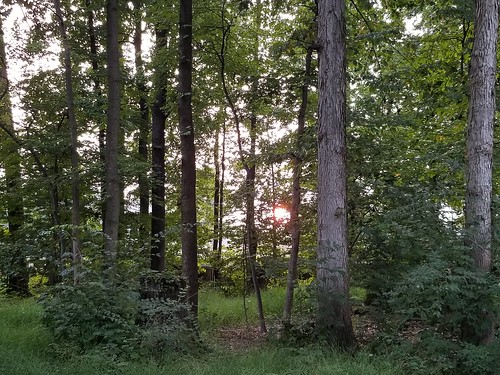 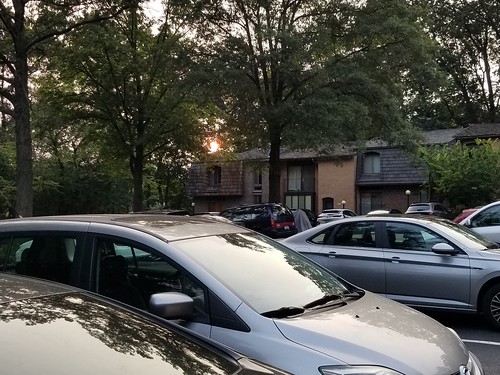 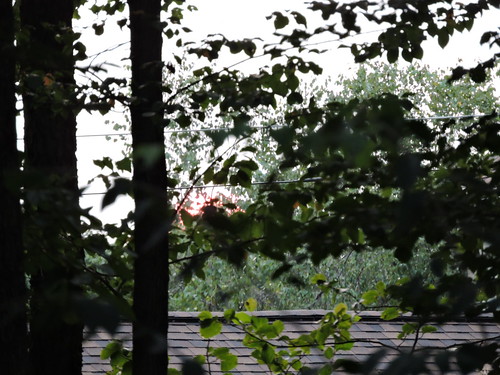 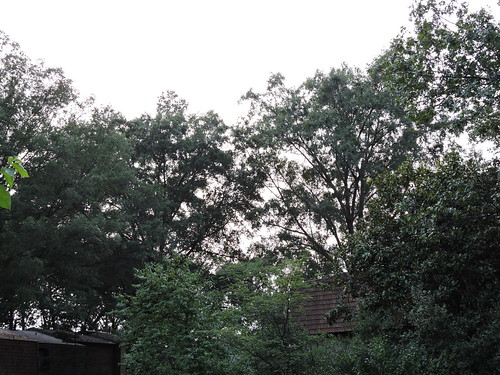 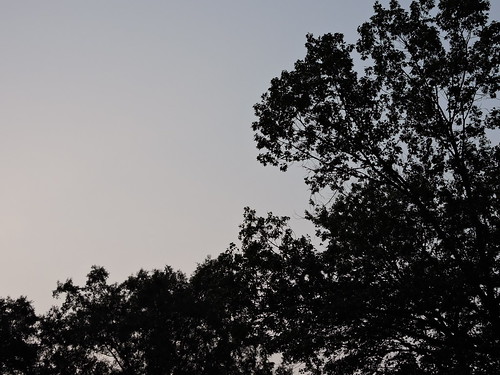 We took a walk anyway, though it was hard to find a good angle for photos, and I got onto chat with my friends before dinner, which we ate while watching Dead Pixels. Then we watched Big Eden, which I've wanted to see for years because of Louise Fletcher, but it has a good cast and is enjoyable though it's pretty much a Hallmark Christmas movie except set at Thanksgiving and with a gay main character from the big city instead of a woman from the big city who needs small town values (in this case fantasy Montana)!