Poem for Thursday and Little Rabbit

A Rabbit As King Of The Ghosts
By Wallace Stevens

The difficulty to think at the end of day,
When the shapeless shadow covers the sun
And nothing is left except light on your fur—

There was the cat slopping its milk all day,
Fat cat, red tongue, green mind, white milk
And August the most peaceful month.

To be, in the grass, in the peacefullest time,
Without that monument of cat,
The cat forgotten in the moon;

And to feel that the light is a rabbit-light,
In which everything is meant for you
And nothing need be explained;

Then there is nothing to think of. It comes of itself;
And east rushes west and west rushes down,
No matter. The grass is full

And full of yourself. The trees around are for you,
The whole of the wideness of night is for you,
A self that touches all edges,

You become a self that fills the four corners of night.
The red cat hides away in the fur-light
And there you are humped high, humped up,

You are humped higher and higher, black as stone—
You sit with your head like a carving in space
And the little green cat is a bug in the grass.

The main highlight of my Wednesday was something I can't talk about yet, but it involves a west coast relative and good news. The other highlight of my Wednesday was chatting with my three good high school friends, which as usual ran past lunch hour (partly because we had technical problems on both Google and Zoom with various people's audio) and we covered a lot of territory -- family, health, the election, what we're watching on Netflix, etc.

It was a gorgeous day to walk, which we did in the afternoon (no deer today but many squirrels and chipmunks), then we came home for baseball, dinner, The Masked Singer (I appreciate that that unmasking was a total surprise to everyone, including me; maybe the internet is wrong about who Seahorse is too), and several early fourth season Schitt's Creek episodes. Here is the baby bunny who has lately been eating in our neighbor's front yard: 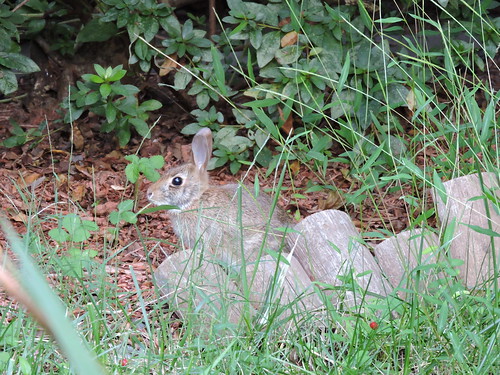 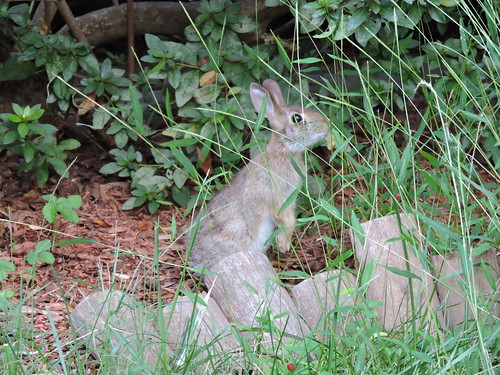 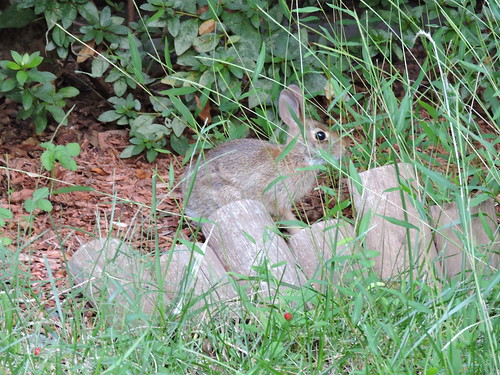 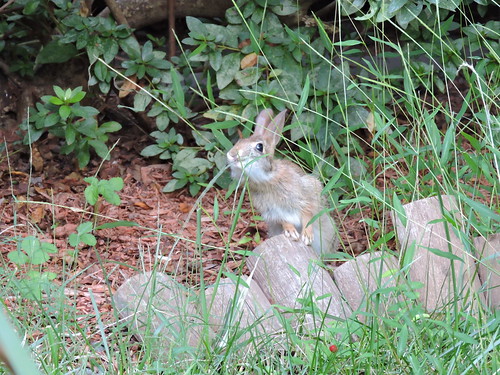 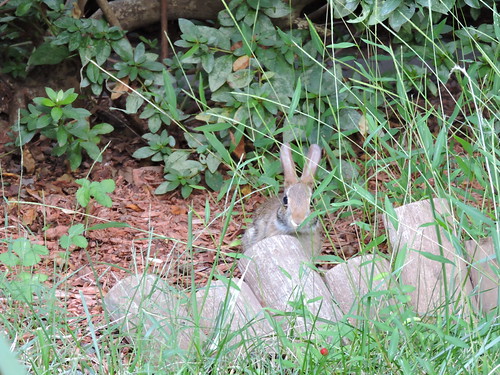 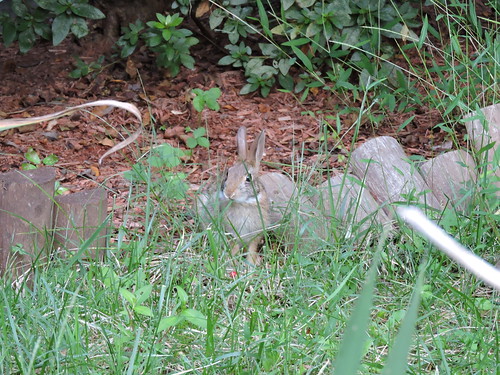 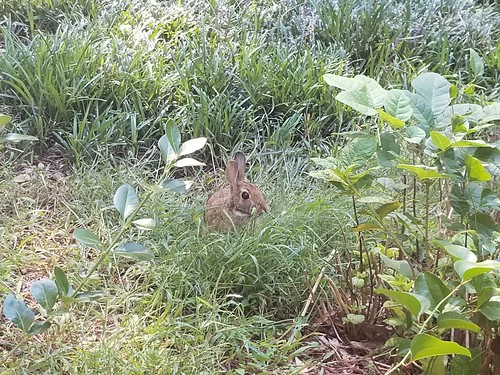