Sunday was the last day of the Pennsylvania Renfaire and other things I'd really have wanted to do any other year. It's just as well that it was pouring rain when we woke up, slightly disoriented from the clocks going back, so we were too slow to get moving in the morning to go anywhere exciting. We took a walk at Cabin John Park since it has paved paths, came home to Skype our kids, my parents and in-laws, and had dinner with my parents.

When we got home, we watched most of the Dallas-Philadelphia game, which didn't excite me but at least the Eagles won, plus this week's Last Week Tonight after the first episode of The Right Stuff remake which seems okay but not necessary unless I'm misremembering the movie and the women's roles improve a lot. Here are a few photos from the park, including the woolly bear caterpillar we found, and two of the chipmunks on our deck: 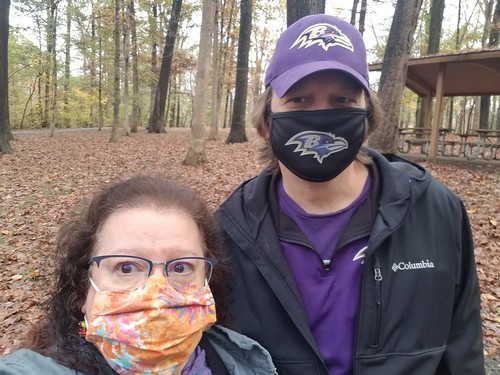 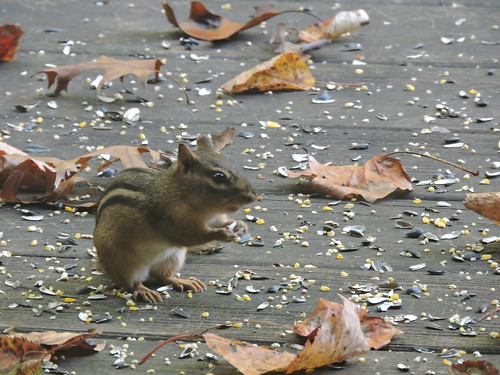 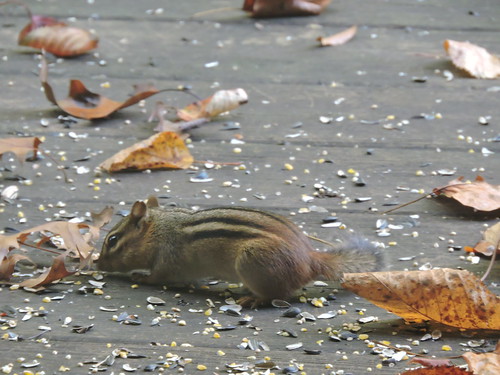 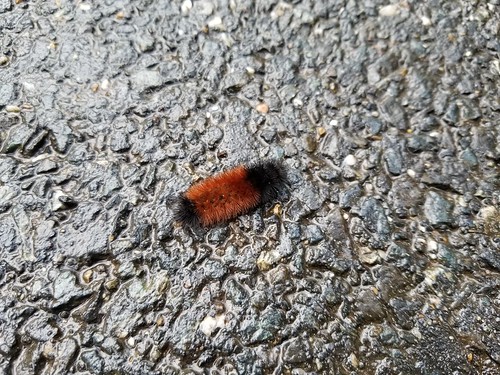 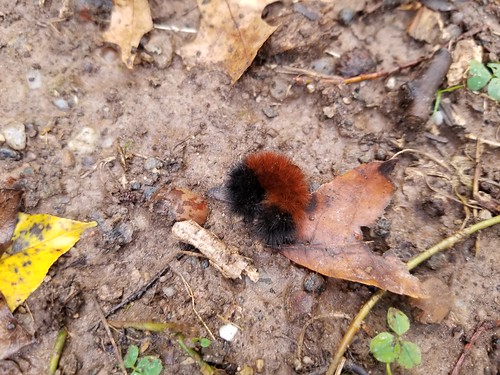 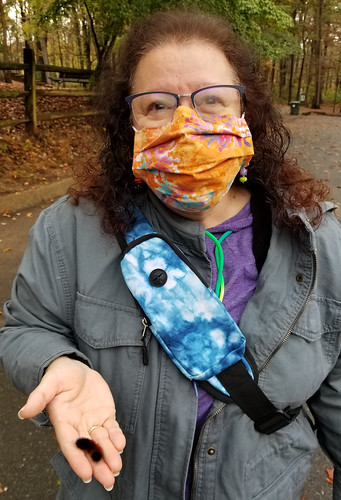