After yoga, I took my car to the shop.
Coils, spark plugs, computer chips, and a two-mile walk
home, our fossilized public transportation, elementary
school recess hour, kids whirling joy, the all-familiar
neighborhood. And then another newly demolished house.
How long since I’ve been out walking? A message appeared
on my phone: an American literary magazine
calling for a special issue on Jerusalem, deadline approaching,
art and the ashes of light. At the construction site
the live oak that appeared my age when I became a father
was now being dismembered. The machinery and its men:
almost always men, poor or cheap labor, colored
with American dreams. The permit to snuff the tree
was legally obtained. The new house is likely destined
for a nice couple with children. Their children
won’t know there was a tree. I paused to watch
the live oak brutalized limb by limb until its trunk stood
hanged, and the wind couldn’t bear the place:
who loves the smell of fresh sap in the morning,
the waft of SOS the tree’s been sending
to other trees? How many feathers will relocate
since nearby can absorb the birds?
Farewell for days on end. They were digging a hole
around the tree’s base to uproot and chop it
then repurpose its life.

It rained on Wednesday from before I woke up through midnight tonight, so I did not have an exciting day enjoying the fall, though I did get to talk to my high school friends -- one only briefly while attending a family obligation, with guest appearances by family members of the other two -- and discuss how happy we are about the election, if concerned about the rising coronavirus numbers everywhere.

After dinner we watched this week's The Masked Singer where for once I could actually guess who were under the Snowy Owl masks -- his voice is pretty recognizable and it made sense he'd be singing with her -- then a couple of episodes of the terrible parenting and largely badly behaved men that is Sex Education. Some photos from last weekend of the National Capitol Columns at the National Arboretum: 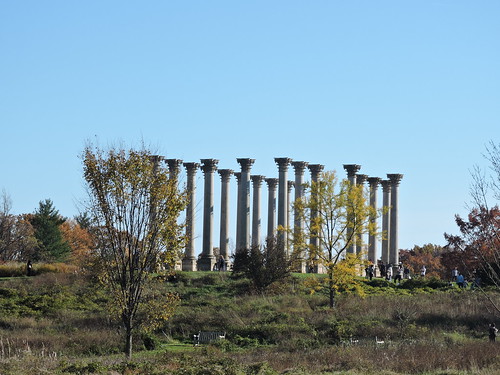 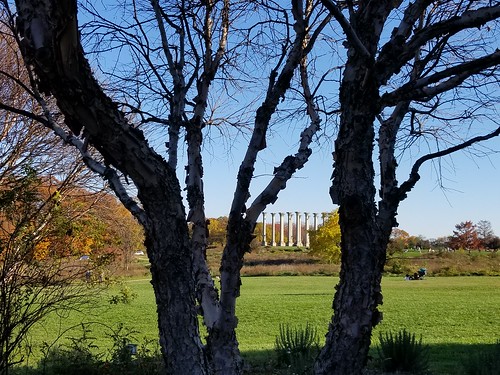 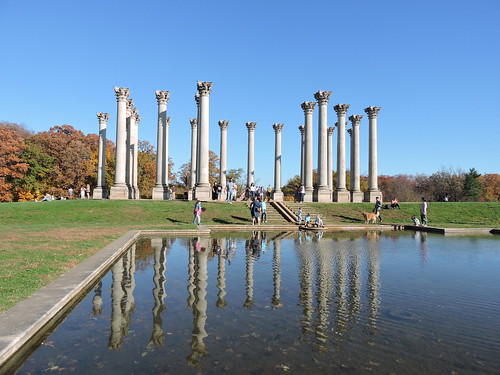 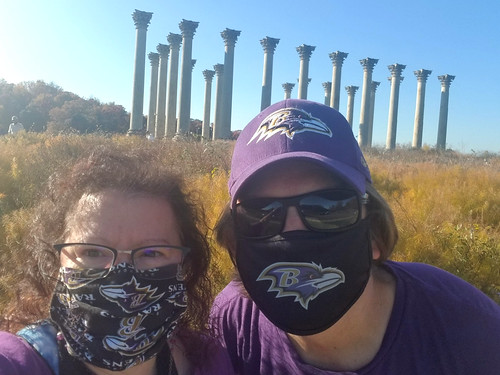 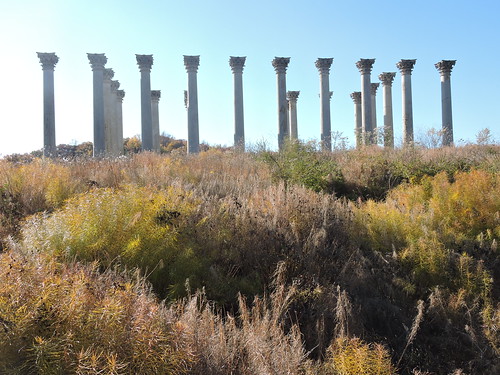 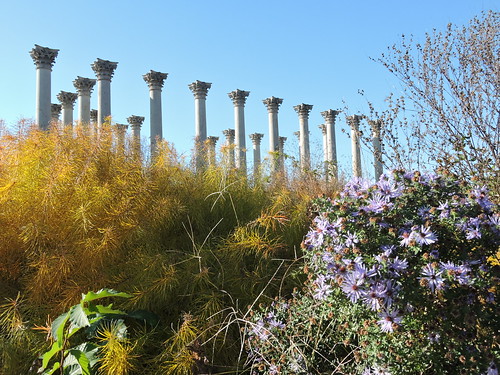 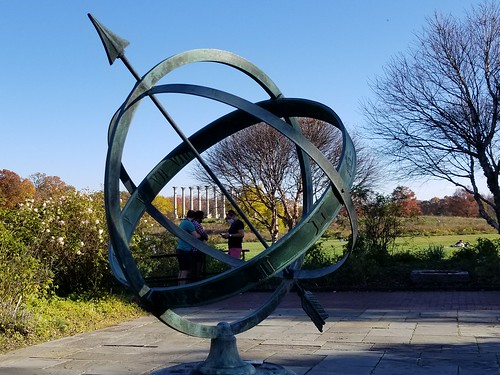