Greetings from After the Putsch

I was talking to my friend Veronica in London via Google Messenger on Wednesday at about 2 a.m., when the Georgia runoff had been called for Warnock and it was clear that Ossoff was going to win. She said that it looked like things would finally start to get better on January 20th, and I signed off with, "At least until the Reichstag Fire." I was kidding. Mostly. I've been sort of half-expecting a Reichstag Fire since before the September election. If that asshole who broke into Pelosi's office today had had a can of gasoline, we might really have had one.

Paul had a bunch of work phone conferences, so he was upstairs a lot of the afternoon, but Adam sat downstairs with me and watched the attempted demolition of democracy with me in real time. I watched a lot of 9/11 with him too when he was in preschool, and in a weird way it felt similar, though on 9/11 the word "terrorists" was used a lot and today it was "supporters of the President" even when they had pipe bombs. It was terrifying and exhausting, after a morning when for a few minutes, with the Georgia results in, I felt almost okay about the coming year.

We watched the end of Avatar during a break from the news and we did manage to take a walk. I'm just going to post a bunch of links here that cover this weeks-long day because other people summed up my feelings in clever tweets: 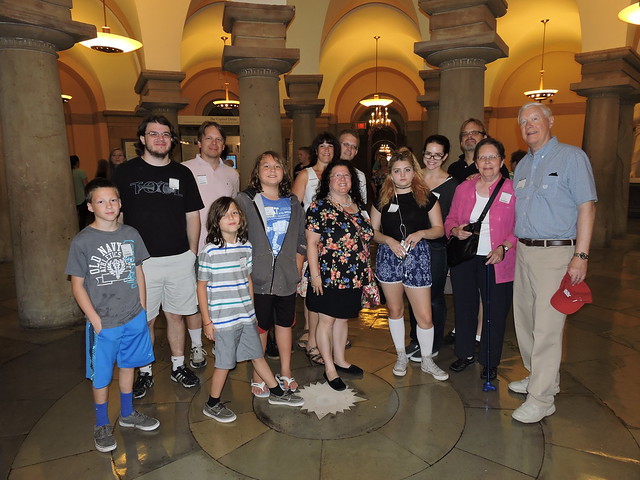 This is some of my family in the Capitol in 2015. You can see photos of invaders standing in this spot from the news earlier. I wanted this memory instead.