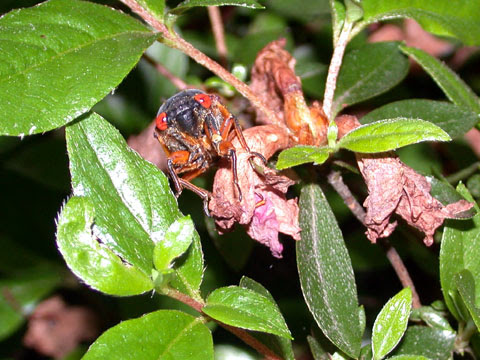 The bushes in front of my house are now covered not in flowers but in cicadas. 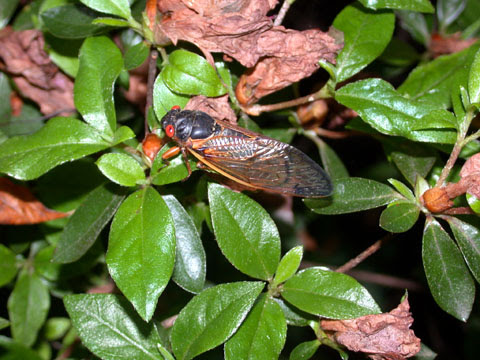 I haven't seen a single photo that really shows how iridescent their wings are. 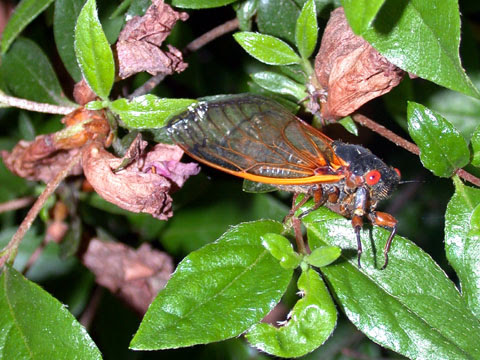 They have long legs and feel very substantial when you pick them up -- more like holding an amphibian than holding an insect. But they are very clumsy; they are always falling off leaves and landing on their backs, and they can't roll themselves over! We spend a lot of time just flipping cicadas upright so they can move again. 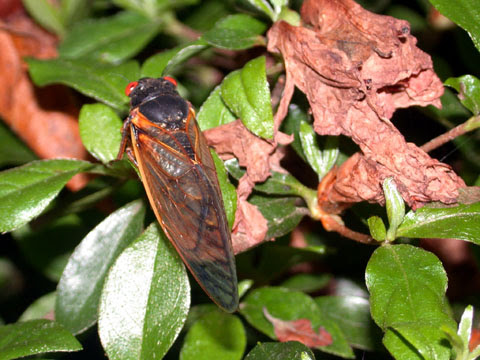 It looks like rain today, and they are very loud; it sounds like someone is shooting phasers at the next town over.

Posted by littlereview at 11:08 AM