My in-laws are at church and I'm not sure what we're doing yet today; it's another gorgeous cloudless morning so hopefully it will be something outside. Oh, and I had a brief glimpse through a window before he fled, so there's glare from the glass, but here is Maximus again: 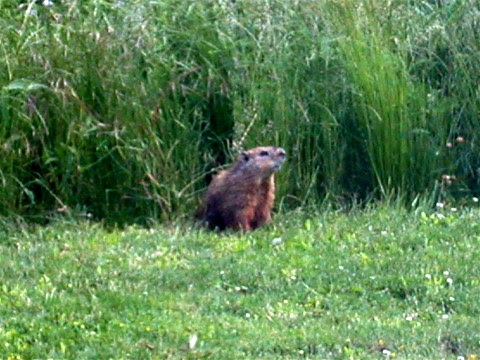 "Are you not entertained?"
Posted by littlereview at 10:45 AM