It rained Friday morning, so after a big breakfast we planned to go to the museums in Lewes, at which point my parents opted out. Halfway there the sun came out and we diverted our course to Cape Henlopen State Park, since we hadn't been there, figuring maybe we'd take a quick look at the observation tower and nature center if the weather got bad again. It remained beautiful, so we went up the watchtower and walked to Fort Miles, which defended the Delaware River from potential German invasion of Wilmington, Philadelphia, etc. and has a little World War II museum, many standing guns and Battery 519 as well as an exhibit on a German U-boat that actually did surrender offshore near here. It's also a gorgeous nature park at high elevation -- a desert with lizards and cacti. On the way back toward Lewes we passed the Cape May ferry and could see the Kalmar Nyckel sailing just offshore. 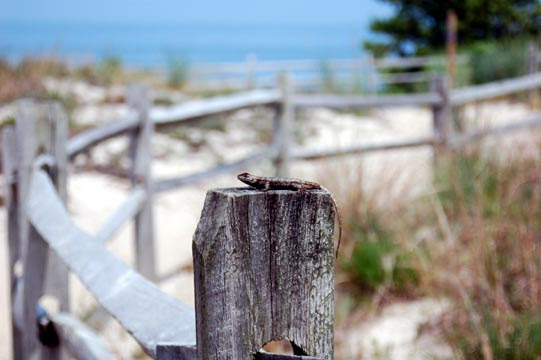 An Eastern Fence Lizard doing what it does best near the slope to the shore at Cape Henlopen. 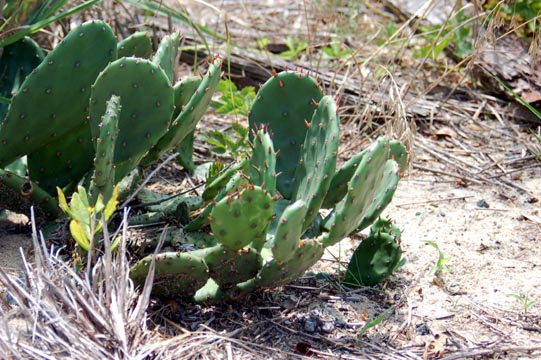 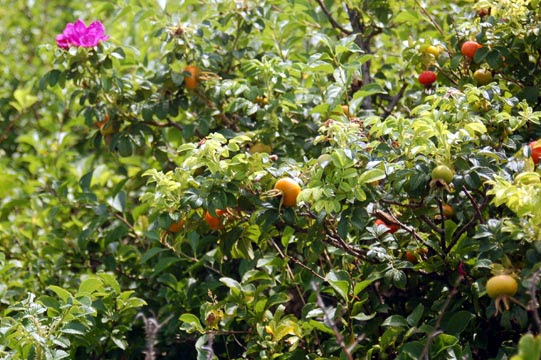 There is a desert climate so high up, despite being only a few hundred yards from the Atlantic. 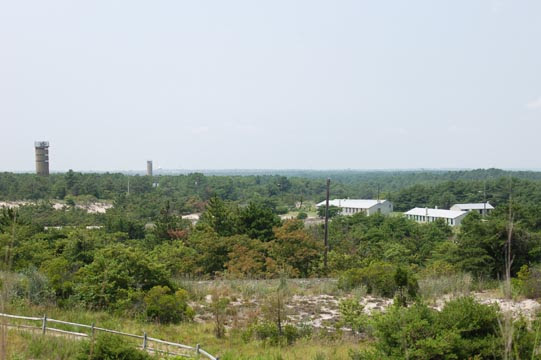 Fort Miles from a trail near where the Cape Henlopen lighthouse used to stand before it collapsed down the bank. You can see two World War II observation towers, though. 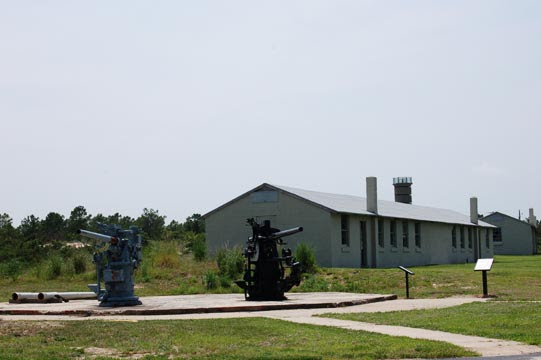 Here's the fort and two of its guns with a tower in the background. 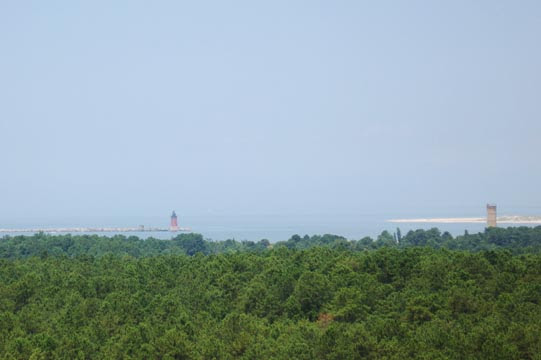 Yet another tower and a little coastal lighthouse from the top of the observation tower. 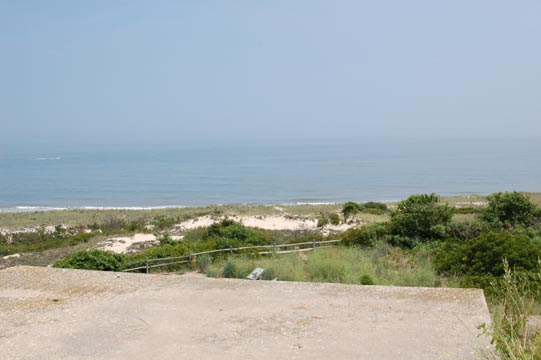 From above Fort Miles looking down on the ocean. 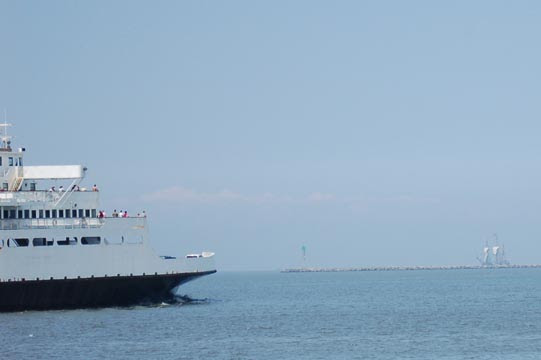 The ferry from Lewes, Delaware to Cape May, New Jersey cruising toward the Kalmar Nyckel, which docks to pick up passengers near the ferry landing.

We had promised younger son that we would go to McDonald's at some point on the trip so he could get one of those inflatable Happy Meal Pirates of the Caribbean swords, so we did (and now I have a little stuffed Jack Sparrow to sleep with *whistles*). My parents, who had gone to the Rehoboth outlets, vetoed the idea of meeting us at McDonald's so we met them back at the condo and, since the weather remained beautiful, went to the beach, where it was somewhat misty and overcast but the water was warm and the waves relatively calm. After a last afternoon of swimming, building sand forts, finding sand crabs, etc., we came back and were ready to go out to dinner but the kids weren't really hungry and none of us could decide what we wanted so we ended up eating leftovers and going out for dessert instead on the Bethany boardwalk.

Saturday we have to be out by 10 a.m., so the evening was packing. There are a bunch of places we want to visit in Delaware before going home!
Posted by littlereview at 12:01 AM