I am officially sick of this heat wave. Not only have I had a headache every day since I got back from the beach -- not one long consistent headache, thankfully, but every evening after spending as little time out of doors as possible I've still ended up with one -- but the kids are completely stir-crazy, not in camp till next week and I can't even order them to go outside and run around between 10 and 4.

Today, since the van was in being repaired in the morning, we went out for California Tortilla for a late lunch and then upon discovering that Over the Hedge is no longer playing anywhere near here, went to see POTC:DMC again. The kids asked for it, honestly! I must admit that I have a new favorite line and a new favorite hilarious moment this time around, now that I caught the details: Because the movie has given me bunnies: 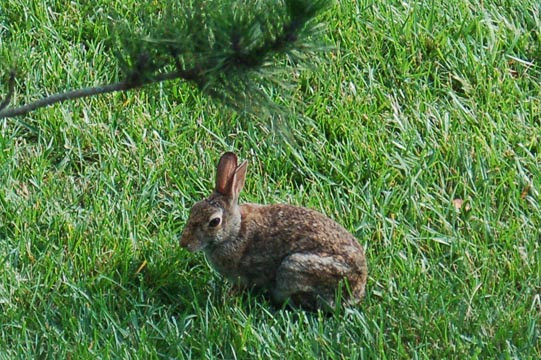 One of the rabbits of Bethany Beach, lounging outside the condo where we stayed. 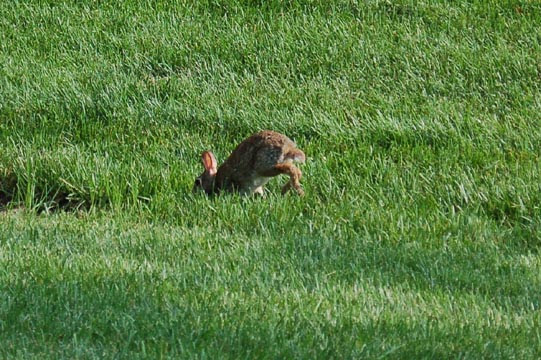 Once it realized we knew it was there, it took off to eat grass in a nearby ditch.

Had minor crisis with parents regarding last-minute Bar Mitzvah invitations. Ran into friends of theirs at the movies, people
Posted by littlereview at 12:25 AM