I spent another very lovely afternoon in an earlier century, this time the Civil War, where reenactors recreated the Battle of Hanover. Last time they did this, for maximum realism, they fought on the actual streets where the battle took place, but this was very difficult for people, horses and motorists alike, so this time they held it in a wooded field a couple of blocks away. My throat still feels funny from all the sulfur I inhaled -- the Confederates in particular really like to shoot and loaned one of the cannons to the Union so they could have a big-gun battle as well as the foot soldiers and cavalry! Oddly, since we were in Pennsylvania, the Confederate army and the wives and children traveling with it seemed much larger than that of the Union, and the festival shop had lots of t-shirts with things like "Born in the C.S.A." and "I'd rather be historically fair than politically correct." 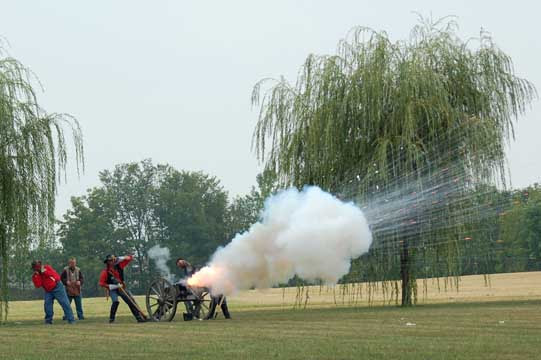 ...followed by gunfire from the cavalry. 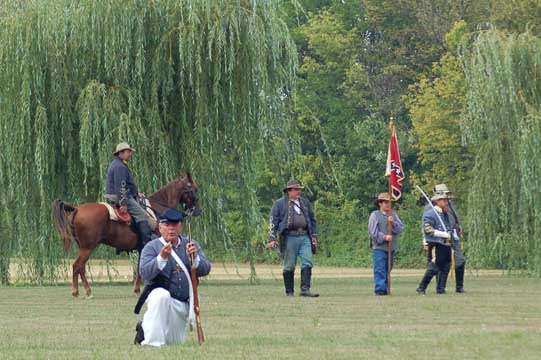 The Confederate Army reloads and regroups. Here is General Stuart in his headquarters... ...and General Lee, visiting after the battle. 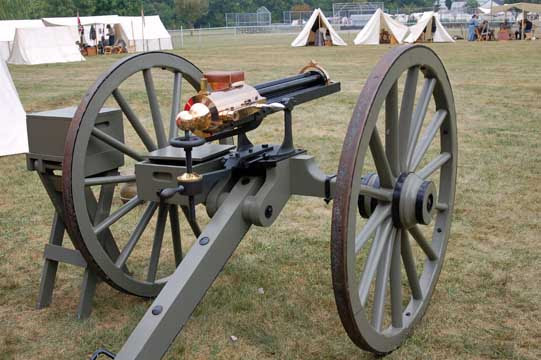 And this is a prototype Gatling Gun.

We all went out for ice cream, then
Posted by littlereview at 12:20 AM