Poem for Friday and Solomons Island

It surges into flight
Its wings are like the clouds that hang from the sky
This bird, when the ocean begins to heave
Will travel to the Southern Sea
The Southern Sea - the heavenly pond

We spent all day Thursday in Solomons Island on one of the nicest days of the summer -- nearly 90 degrees but with a nice breeze off the water, so it was a grand day to be walking around the Patuxent River and the Chesapeake Bay. First we went to the Calvert Marine Museum, which we haven't visited in a couple of years, so we could see the many animals there -- otters, rays and skates, diamondback terrapins, captive snakeheads, plus wild fiddler and blue crabs, herons, and jellyfish, all of which we saw in the water -- plus the exhibits on Maryland shipping, the War of 1812, and the history of Bay settlements. We brought a picnic and ate it at the shaded picnic tables by the historic boathouse near the Drum Point Lighthouse, which we also visited.

After lunch we drove to Annmarie Garden, a public park with sculptures and art exhibits as well as woods and flowers. There's an exhibit of fairy houses all summer which are set all around the trail through the woods, which also passes many sculptures on loan from the Smithsonian's Hirshhorn Museum and through a ring of standing stones. From there we went to Flag Ponds State Park to go to the beach on the shores of the Chesapeake, which is reached by a hike through the woods where we saw skinks, a lizard, a bunny, a deer, and lots of dragonflies. There were lots of fish and some crabs (plus some jellyfish) in the water, which in the late afternoon was warmer than the air! We stopped for Mexican food on the way home. 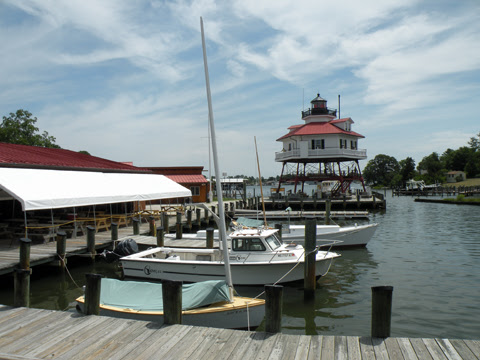 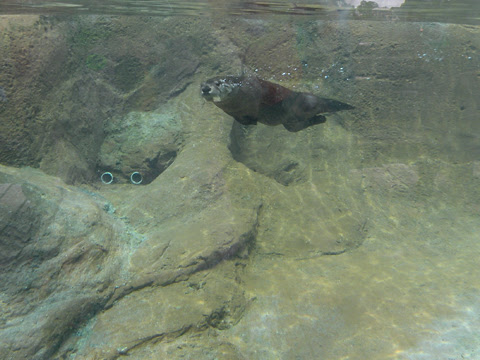 The museum has two otters, Bubbles and Squeak, who live behind the museum... 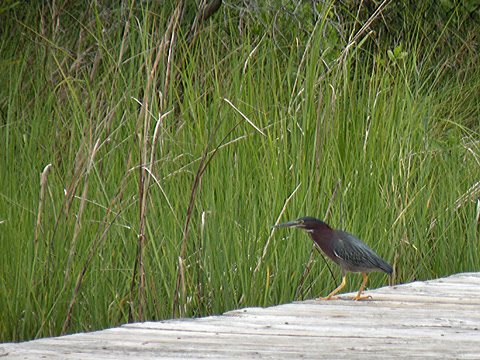 ...which borders a small wetlands full of fiddler and blue crabs, fish, periwinkles, and lots of birds, including this green heron. 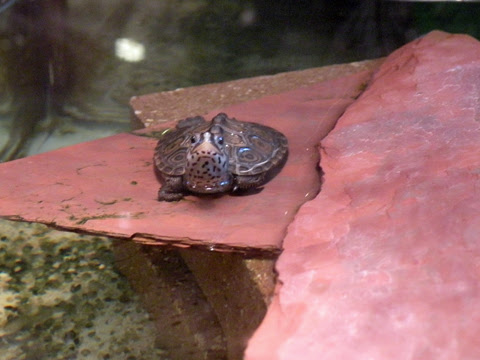 This diamondback terrapin is one of several that recently hatched in the museum, in a kids' area that has baby skates and flounder as well. 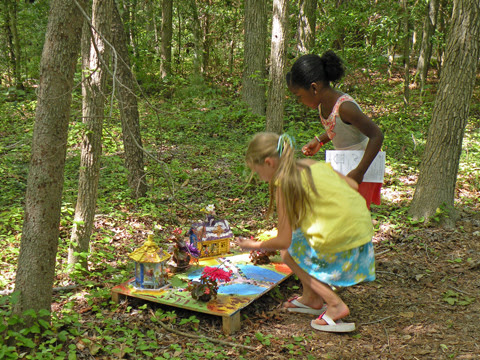 Two girls were repairing one of the fairy houses on display at Annmarie Garden. 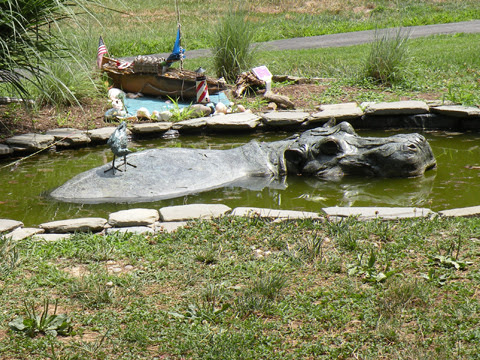 Here's another fairy house behind a permanent pond sculpture of a hippo and bird. 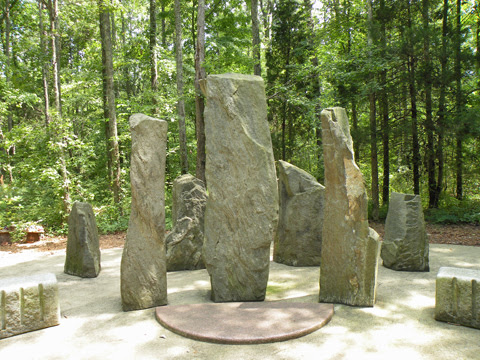 The stones are part of a sculpture called the Council Ring, which also has benches and a central arena. 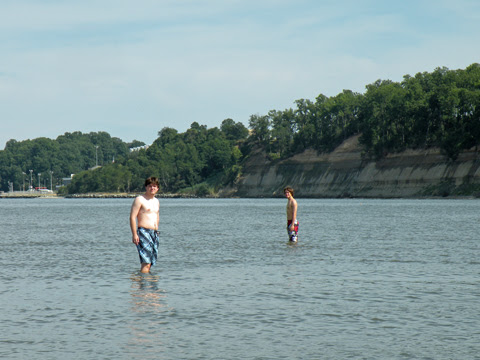 And here are my kids at Flag Ponds State Park with Calvert Cliffs behind them.
Posted by littlereview at 12:05 AM