The Garden
By Andrew Marvell

How vainly men themselves amaze
To win the palm, the oak, or bays;
And their uncessant labors see
Crowned from some single herb or tree,
Whose short and narrow-vergèd shade
Does prudently their toils upbraid;
While all the flowers and trees do close
To weave the garlands of repose.

Fair Quiet, have I found thee here,
And Innocence, thy sister dear!
Mistaken long, I sought you then
In busy companies of men:
Your sacred plants, if here below,
Only among the plants will grow;
Society is all but rude,
To this delicious solitude.

No white nor red was ever seen
So amorous as this lovely green;
Fond lovers, cruel as their flame,
Cut in these trees their mistress' name.
Little, alas, they know or heed,
How far these beauties hers exceed!
Fair trees! wheresoe'er your barks I wound
No name shall but your own be found.

When we have run our passion's heat,
Love hither makes his best retreat:
The gods who mortal beauty chase,
Still in a tree did end their race.
Apollo hunted Daphne so,
Only that she might laurel grow,
And Pan did after Syrinx speed,
Not as a nymph, but for a reed.

What wondrous life is this I lead!
Ripe apples drop about my head;
The luscious clusters of the vine
Upon my mouth do crush their wine;
The nectarine and curious peach
Into my hands themselves do reach;
Stumbling on melons as I pass,
Insnared with flowers, I fall on grass.

Meanwhile the mind, from pleasure less,
Withdraws into its happiness:
The mind, that ocean where each kind
Does straight its own resemblance find;
Yet it creates, transcending these,
Far other worlds, and other seas;
Annihilating all that's made
To a green thought in a green shade.

Here at the fountain's sliding foot,
Or at some fruit-tree's mossy root,
Casting the body's vest aside,
My soul into the boughs does glide:
There like a bird it sits and sings,
Then whets and combs its silver wings;
And, till prepared for longer flight,
Waves in its plumes the various light.

Such was that happy garden-state,
While man there walked without a mate:
After a place so pure and sweet,
What other help could yet be meet!
But 'twas beyond a mortal's share
To wander solitary there:
Two paradises 'twere in one
To live in Paradise alone.

How well the skillful gard'ner drew
Of flowers and herbs this dial new;
Where from above the milder sun
Does through a fragrant zodiac run;
And, as it works, th' industrious bee
Computes its time as well as we.
How could such sweet and wholesome hours
Be reckoned but with herbs and flowers!

It was a hundred degrees on Friday, so I spent as little time out of the house as possible. Adam has a friend who's having a crisis, so he had friends in and out of the house all day, including the girlfriend of a friend to whom I was talking while dyeing my hair so that I also managed to dye my fingernails and nose due to my inattentiveness. I took both my kids and Maddy to the mall to get frozen yogurt so that Daniel would get at least a bit of exercise walking around (and so I could get apple hand soap on the last day of the BBW sale).

In the midst of all this excitement I managed to post my review of Deep Space Nine's "Blood Oath", which I always want to like more than I do. My parents came here for dinner since they were without power for two days longer than we were, then most of us watched some Relic Hunter while Adam went back to hang out with his friends, one of whom is sleeping over. Now I shall catch up on three weeks' worth of The Fannish Five and post photos of neighborhood bunnies after weathering the storms:

The previous week's Fannish5: Name the five moments in canon that made you believe your favorite pairing belongs together. From Voyager:
1. "Elogium": "Good work, Commander. In the future, if I have any questions about mating behaviour, I'll know where to go."
2. "The 37s": "No matter what happens, we'll make it. Remember that."
3. "Resolutions": "The woman warrior was brave and beautiful and very wise. The angry warrior swore to himself that he would stay by her side, doing whatever he could to make her burden lighter. From that point on, her needs would come first. And in that way, the warrior began to know the true meaning of peace."
4. "The Q and the Grey": "I know I don't have any right to feel this way, but this bothers the hell out of me."
5. "Coda": "Come on, Chakotay. We've cheated death, that's worth a celebration, don't you think? A bottle of champagne, moonlight sail on Lake George, how does that sound? 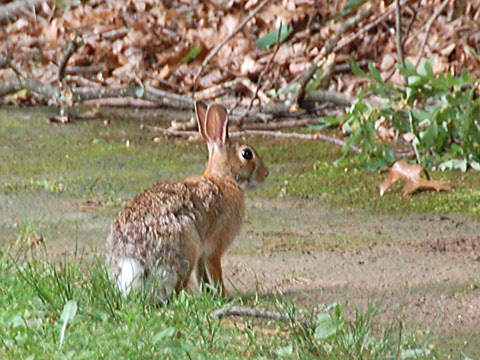 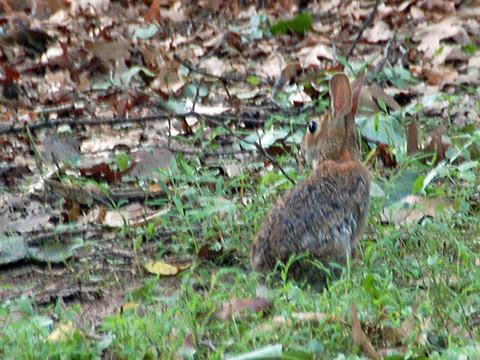 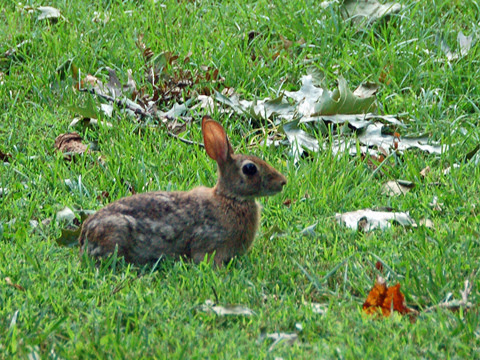 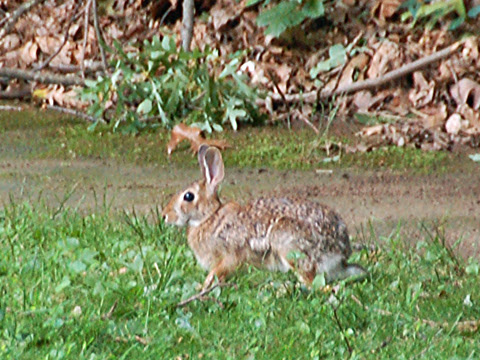 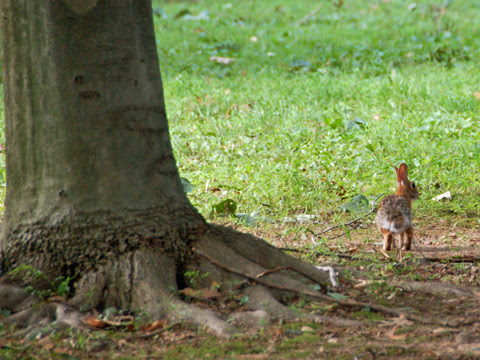 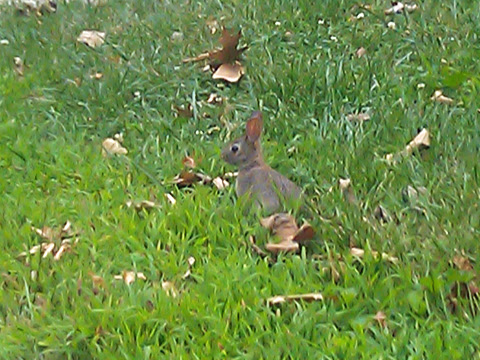