Poetry in Time of War
By Rosalind Brackenbury

I want to forget their names, the generals,
advisors, puppet rulers,
the puffed-up and the brought-low,

I want not to know them,
not hear their plans, their excuses,
the President and the President's men,
the Pope with his white smoke for voodoo,

the suits, ties, teeth, insignia,
the guns, the names of trucks and weapons.

I want to forget them all,
to be washed of them,
to begin again: where no one knows who anyone is,
or what he believes.

To give my attention to:
frangipani leaves uncurling,
the smell of jasmine,
one person helping another across a street;

to the seeds,
to the beginnings; to one clear word for which
there is no disguise and no alternative.

Monday was pretty quiet and I have nothing really exciting to report. Younger son went biking and running, older son read lots of political news and watched Epic Mealtime. We had veggie lasagna for dinner, watched part of the Nationals loss to Miami, then watched the Phantom of the Opera episode of Relic Hunter.

I spent the past 20 minutes laughing at The Daily Show's coverage of Mitt Romney's weaseling and the last five being really irritated at Louis CK and Jon Stewart for being incapable of having a spine about despite us all being pro-free speech and pro-laughing at tragedy, some things cross a line so thoroughly that the only acceptable follow-up is an apology, so I have no energy for intelligent thought.

Here are some of the fairy houses on display at Annmarie Garden in Calvert County: 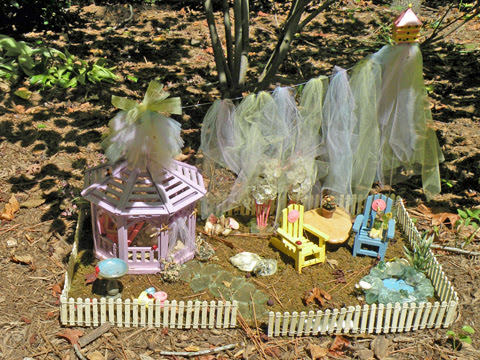 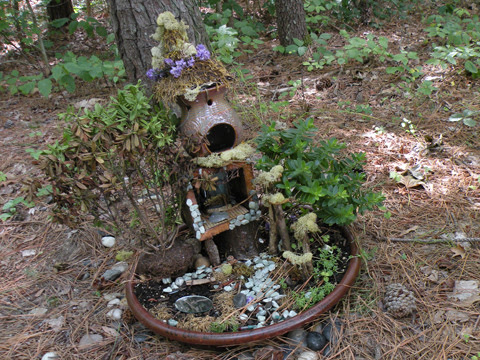 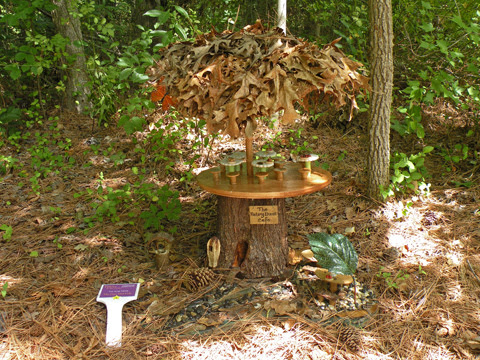 The Fairy Dust Cafe by The Jones Family 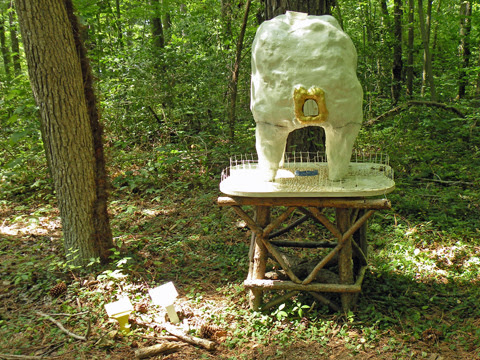 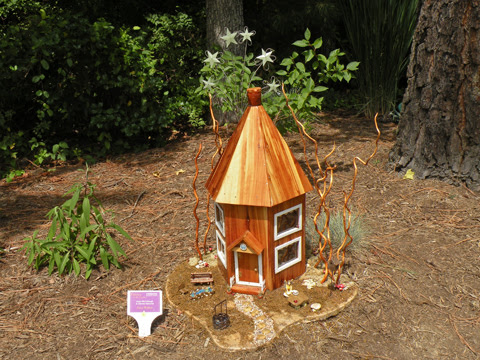 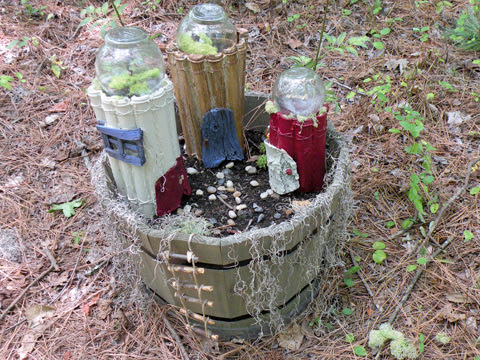 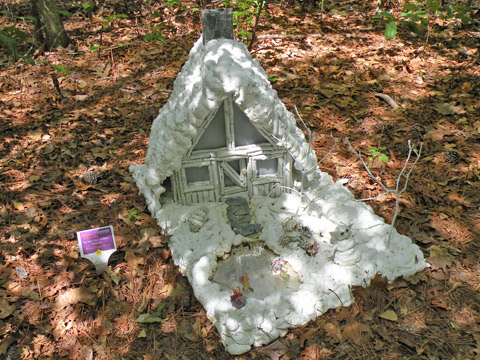 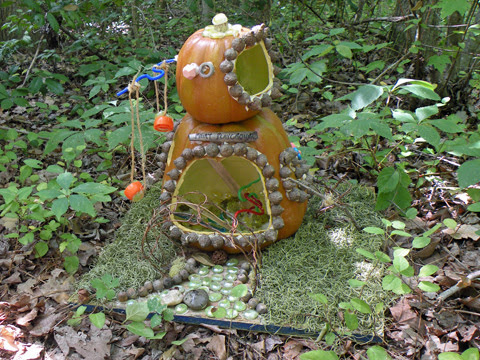 Fairy Play Playground by Madeline, Sarah and Tommy Chen
Posted by littlereview at 12:06 AM