My in-laws picked up my children for a couple of days of camping after lunch today (and after younger son's orthodontist appointment, which ran over an hour as they decided to do x-rays to figure out why his adult incisor hasn't moved down to take the place of the baby tooth and gave him the unwelcome news that if it hasn't budged in six weeks, they will pull the baby tooth next to it). We all went out to California Tortilla (again! but everyone likes it!) and tried to make sure the kids had their bathing suits, their toothbrushes, their Game Boys, their stuffed snakes (because who can go camping without a stuffed snake), enough underwear for a week and all the rest.

So my husband and I had a quiet child-free evening drinking Bailey's and watching Visions of Scotland on PBS. It was marvelous, even with the pledge drive interruptions, and I am very sad that the PBS web site does not list the musical credits. Now I can't decide whether to campaign to go to Scotland or Ireland next, or southwest England. I need someone to hire me to write a travel book on the British Isles, dammit! Speaking of which, my son's orthodontist is evidently an science buff, as they have Discover, Psychology Today and the like in the office. While my son was getting his braces realigned, I read "Mystery Man of Stonehenge" about the archer discovered in Wiltshire in Smithsonian and "The Anglo-Saxon Prince" about the seventh-century burial site in Archaeology and the latter was so interesting that I asked the receptionist if I could borrow their photocopier and make a copy. Then my older son and I sat there discussing Stonehenge and everyone else in the office looked at us as if we were total geeks. Which we are, heh. 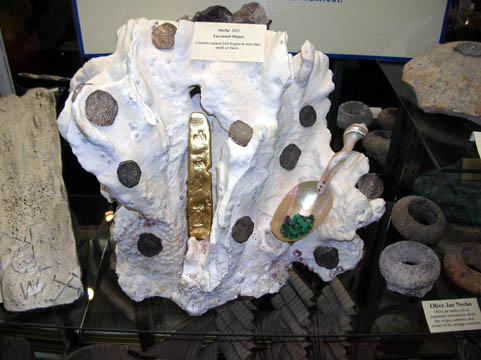 Treasure from the wreck of La Nuestra Senora de Atocha at the Discover Sea Museum on the upper floor of Sea Shell City in Fenwick Island. 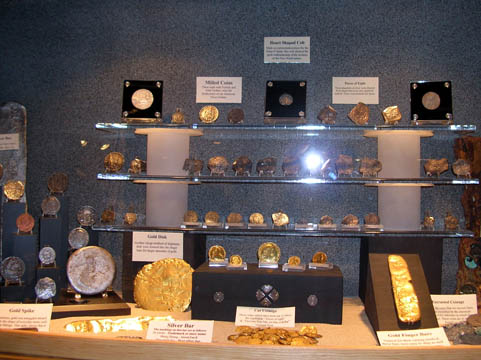 Here one finds treasure from Spanish and American shipwrecks off the Atlantic coast... 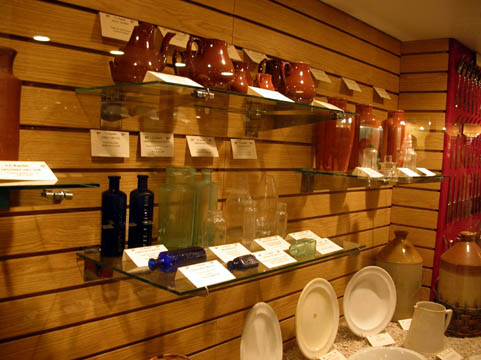 ...and from ships built across the Atlantic. These are from the wreck of the White Star Line's R.M.S. Republic... 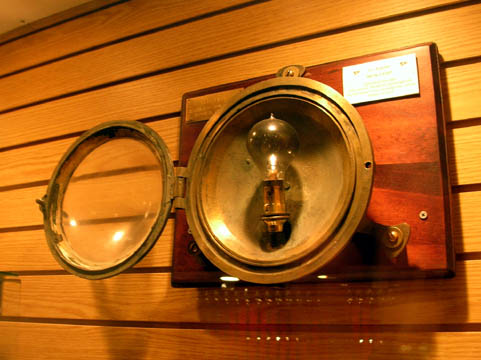 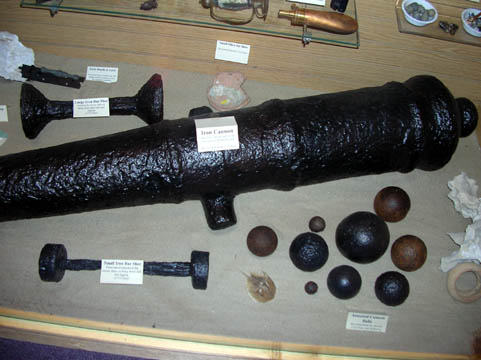 From some of the earliest colonial ships, a cannon and shot brought up from offshore. 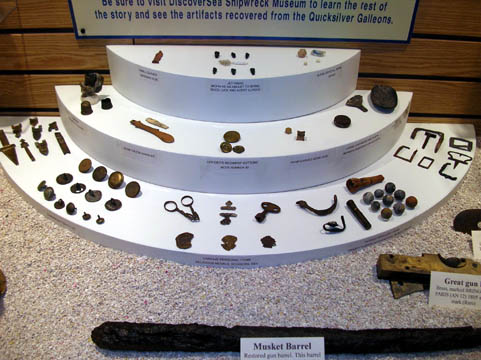 Weapons, buttons, dice and other artifacts from the Revolutionary and Civil War eras. 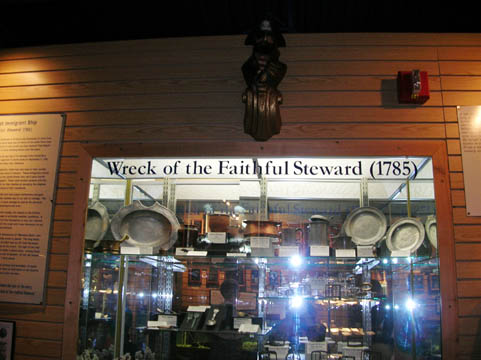 Items from the wreck of the Faithful Steward. 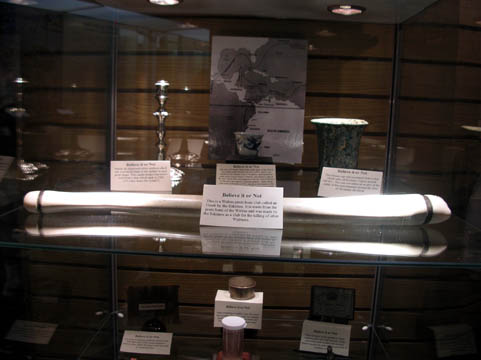 From a Native American boat, a club made from a walrus penis bone. Yes really. The Eskimos called it an Oosik. 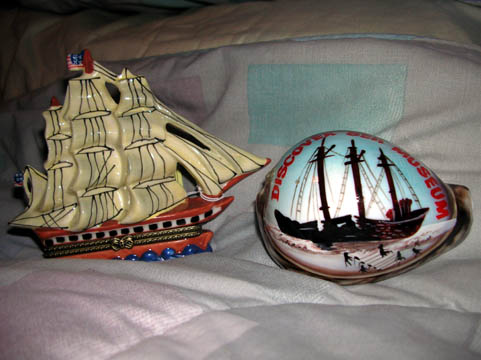 Souvenirs from Sea Shell City of the upstairs museum -- a treasure box and a wreck painted on a cowrie shell.
Posted by littlereview at 12:01 AM

I too, have traveled to Fenwick Island DE for many years & decided to stop at DiscoverSea Shipwreck Museum. The museum comes alive with artifacts & rare beauty as the past dare shake hands with the present.
I was lucky enough to stop when the director, Dale Clifton, was taking us back in time throughout history telling tales of piracy, wealth, scurvy and life on the seas.
This is definitely a museum that comes to life for the inquisitive mind, & a must see for all ages!